The failure of a Staten Island jury to indict Daniel Pantaleo, the New York policeman whose use of a chokehold grip led to the death of Eric Garner, an unarmed African American man, is yet another chapter in the long and unhappy relationship between African Americans and law enforcement officials. It is also further evidence of the continued centrality of race in American life. Garner’s death, like that of Michael Brown in Ferguson, Missouri a few months ago, as well as numerous similar but less high profile cases, have occurred during the presidency of Barack Obama, our first African American president.

The failure of Mr. Obama to speak out strongly enough, solve the problem or finally explain the issue to all of America is distressing, but it is not simply a presidential shortcoming. It is also a product of the racial environment, and the unspoken, perhaps even unacknowledged, agreement that has underpinned Mr. Obama’s presidency. Barack Obama’s election in 2008 was, by any measure, a very significant step forward for racial equality in the U.S. It was not, however, the end of racism. It is more accurately understood as evidence of that progress in that direction, but not much more else.

Unfortunately, Mr. Obama’s election was broadly viewed, particularly by whites, across the political spectrum as proof that racism was over; white conservatives had little interest in addressing the structural problems around race in America; white liberals had other priorities; and President Obama himself ran as a change and transformational figure not on a platform explicitly about race. African Americans, however, were expecting to see improvements on issues such as policing, but, once again, their concerns were placed on the back burner. One unforeseen, but not unforeseeable, consequence of this is that in the age of Obama identifying something or somebody as racist has become highly stigmatized. In many respects, in Obama’s America, it is considered morally worse to call somebody a racist than to be one. Ironically, this has made it even harder to make progress on questions of racial equality.

These two recent grand jury decisions have led to yet another round of calls for public dialogue around race. President Obama has called for a “sustained conversation” on race. “Let’s talk about race,” urged the St. Louis Post-Dispatch, “We know it’s going to be awkward, no matter how well-intentioned. We know it makes both blacks and whites uncomfortable.” New York Times columnist Nicholas Kristof just wrote an earnest five-part series called “When Whites Don’t Get It,” in which he called for a “new commission [that] could jump-start an overdue national conversation” on race. Mr. Kristof’s work is particularly notable because of the efforts he has made to explain the notion of white privilege, seemingly unaware of the irony that only becoming concerned or effected enough about race to write about it at age 55 is a great example white privilege.

Calling for another conversation about race is a serious sounding way of doing nothing. Actually it is worse than that. Asking Americans to talk more openly and honestly about race is the political equivalent of the doctor who tells a patient with two broken ankles that what he needs is a nice brisk walk. In the 150 years since the end of the Civil War, Americans have demonstrated we can do many things, but that we are singularly incapable of talking honestly, openly and constructively about race. Honestly addressing the problems of Ferguson, Staten Island and the the US more requires legislation, aggressive judicial action and recognition of the problem. But in the age of Obama, where people still point to November of 2008 as proof that racism is over, this will be even more difficult than usual. 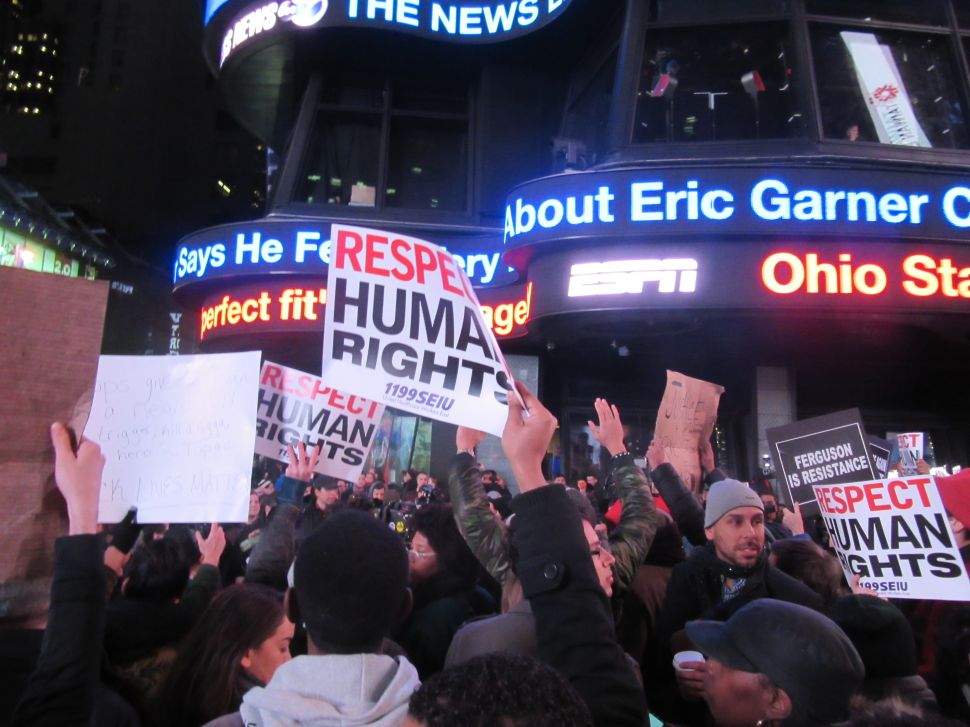