You can’t really joke about tragedy while its still raw in people’s memory. That’s literally why the expression is “comedy = tragedy + time,” and not “comedy = tragedy + Twitter.” And why “too soon” is still a thing we say (though probably not often enough anymore, thanks to Twitter). But while joking about the circumstances in controversial, nation-effecting events like those in Ferguson, MI might be in poor taste while people are still protesting the grand jury’s decision not to indict Officer Darren Wilson, Saturday Night Live found a way to create a hilarious sketch about the uncomfortable reactions from a St. Louis morning news team forced to follow the story. The bit was cut for time, but that’s why we have the Internet. Take it away!

As long as you’re not laughing about the events themselves, I think it’s a no-brainer to skewer how the media approaches certain stories in the 24-hour news cycle culture today. Without commenting on the issues themselves (though they’d do so later on Weekend Update), Saturday Night Live nailed the queasiness we all feel when watching abrupt tonal shifts from hard to “soft” news perfectly. 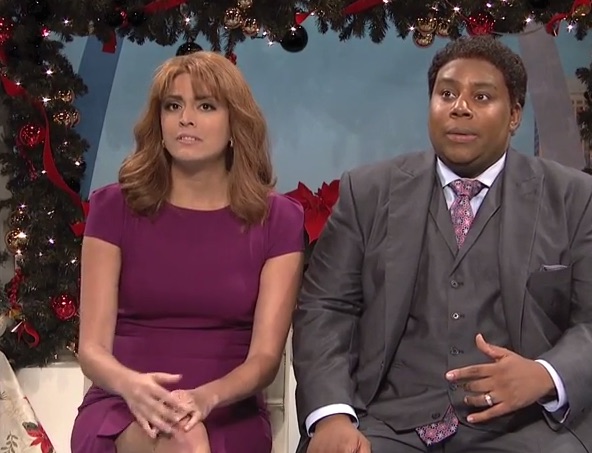