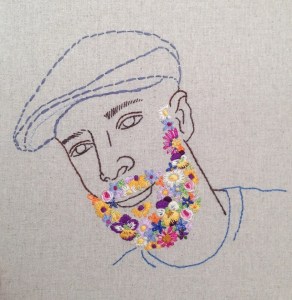 Rebecca Levi’s embroidery portrait Flowerbeard from a show that opened Friday at BGSQD. (Photos courtesy of the artist.)

Rebecca Levi must log a lot of hours on the couch in front of the tube. That’s because each of her colorful embroidery art pieces can take dozens of hours to create, usually over a few months.

Brooklynite Levi, who was raised on the Upper West Side, started her art career in performance, but has been receiving attention for her embroidery work from galleries as well as private collectors commissioning portraits of themselves, or even their pooches.

A summer group show at Provincetown’s Four Eleven Gallery called “Den” a couple years ago featured some of Levi’s work of hefty, hairy gentlemen in posing postures as a gladiator or a Boy Scout, as if some campy mid-century physique pictorial magazines had somehow burst into yarn and thread. 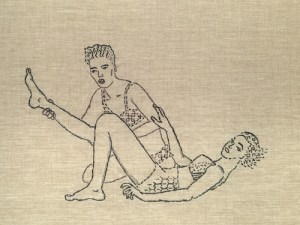 WrestlingGirls, an embroidery piece based on midcentury pulp photography.

And her work was also featured prominently in the Leslie-Lohman Museum of Lesbian and Gay Art’s well-received “Queer Threads” show in March which was all about the crafts and the crafty craftspeople who craft them.

Now, the Bureau of General Services – Queer Division, (the hipper than thou bookstore/gallery that just moved into a nice, airy space within the LGBT Center on Thirteenth Street), is giving Levi a solo show called Queering the Lines which runs through February 1st.

The works are winsome and witty and play with representations of gender with a lightness that contrasts well with the precision of their execution. That classic adage of of women’s work, “a stitch in time saves nine,” has never been more delightfully turned on its head. 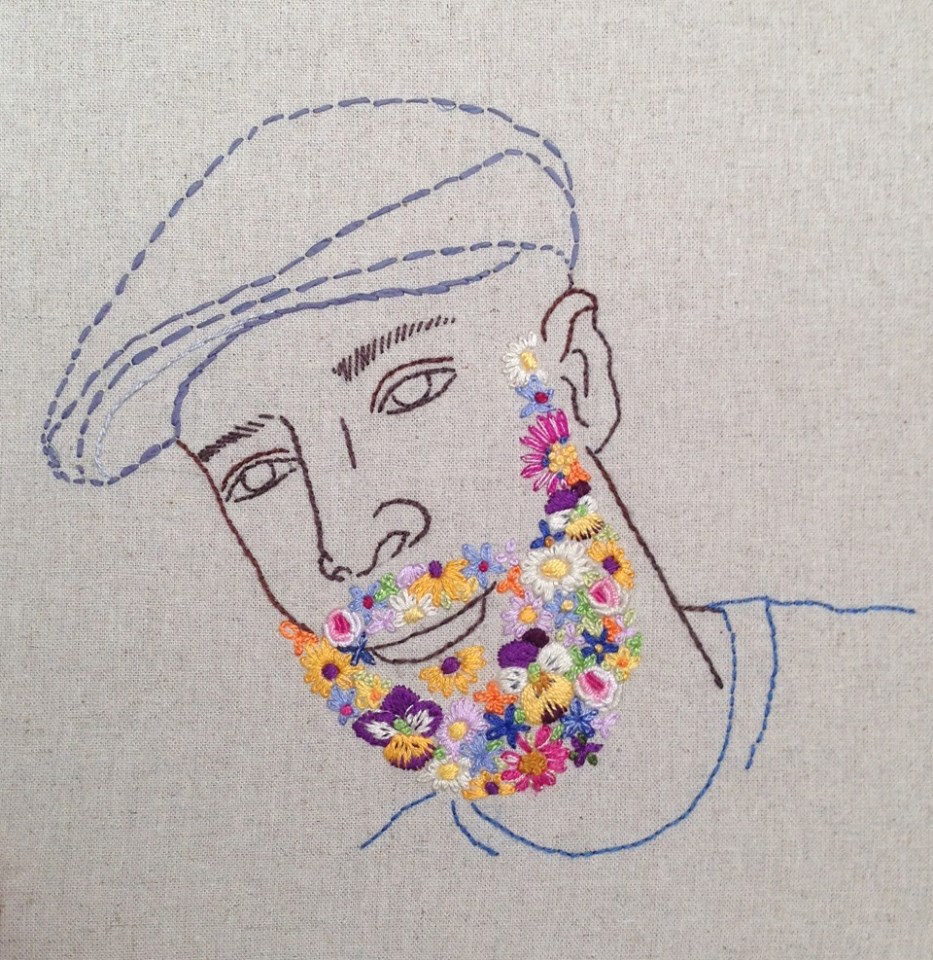