Dear Worst People in the World,

Any way you look at how the story of Cosby’s alleged sexual assaults has developed, it’s terrible.

A comedian makes a joke—not even a particularly funny or timely one—about another, more famous comedian on stage in 2014 and suddenly, we’re all confident that the guy in question a rapist. We know it now. We’ve never been more certain of anything in our lives. Haven’t you seen? It’s everywhere, so it must be true.

If Cosby is innocent, then of course, this is a tragedy on par with what happened to Fatty Arbuckle in the 1920s (also led, incidentally, by newspapers fighting for readers).

But let’s say that he is in fact guilty (and therefore a monster). It’s absolutely incredible to me to think that if Hannibal Buress had made his joke on a different day, in a different news cycle, we wouldn’t even be talking right now. In fact, we know this is the case because Tina Fey did it TWICE on national television (once on Saturday Night Live in 2005 and once more on a 30 Rock episode in 2009) and nobody cared.

It is not as if the accusations that Bill Cosby had either raped or assaulted various women were new. In 2007, one of my clients, the investigative journalist Mark Ebner, revealed that that Cosby had managed to kill a story about the allegations in PEOPLE magazine. I pushed the story to the front page of Digg, where hundreds of thousands of people saw it. But the rest of the media? Not a word. (Someone recently found and sent me something I’d written about it at the time. I forgot how angry it made me then).

It was “unsubstantiated.” He was too intimidating a figure. Or digging into the story would have been too much work. So years of silence ensued.

And what has changed to warrant this new reaction? Nothing—except the fact that Cosby is now older and weaker. Oh, and another comedian mocked him on stage in his hometown and got away with it during a slow news week.

It is not as if the allegations and accusations are any more or less credible than they have been from the beginning (that there are more of them is not proof. As they say, the plural of anecdote is not data). They are the same: detailed, consistent, alarming, and very possibly true. They are certainly more credible than the Rolling Stone allegations—which are so heinous that they almost beggar the imagination—which somehow warranted major coverage (and rapid defense even when holes began to show).

What’s changed here is you, the media. Driven by blogs and lower editorial standards, they can suddenly attack with glee someone with a pristine public reputation. Now we live in a world where Gawker can say without shame that they believe that “publicly airing rumors out is usually the quickest way to get to the truth.” Now that a viral joke stated definitively that Mr. Cosby is a “rapist” and that he “raped women” it’s fine for everyone to write about. Nobody has to stick their neck out. Lynching is a mob affair—no one person is responsible.

Bill Cosby might be guilty—but that doesn’t mean this is how the story should be covered. Not at all. Where every person who encountered the man over a 50+ year career can suddenly come forward, claim whatever they want, and get a few minutes online or on TV. I’m thinking of Janice Dickinson here, a generally unreliable and attention hungry reality star, whose claims happen to be directly contradicted by her own account, which she famously gave to the Observer in 2002. That’s what we want to give uncritical headlines to?

Look, sometimes the mob gets it right. That doesn’t mean mobs are a good idea. You are leading the mob right now.

Because tell me, what could Mr. Cosby and his legal team possibly do at this point to turn the coverage around? Everything the man does is somehow proof and everything other people do is proof. So Mr. Cosby tweeted at Whoopi Goldberg, what does that have to do with anything? He shook his head when ambushed by a reporter—so? How does the fact that CeeLo Green—another accused rapist—weighs in, change anything? But somehow, to you and the Gawkers of the world, this all fits together nicely in your narrative.

How could Mr. Cosby possibly respond in a way that doesn’t make the story worse? This is beyond public relations and legal resource. The world has made up its mind. And worse, it made up its mind using precisely the kind of evidence we would hate to see used against us—a lot of smoke, very little fire.

Already, political strategists are studying this to see how they can orchestrate such a downfall for their opponents. They are looking at how the media destroys people and how to provoke such a frenzy. They exploit your “outrage” because they know how superficial and lazy it really is.

Ta-Nehisi Coates claims he knew Cosby was a rapist but didn’t write about it. David Carr said he had suspicions but declined to press the issue. That’s pretty pathetic. They claim it was too difficult to see through the persona and the fame in the moment.

These same figures—after admitting their “errors”—turn around and publish new articles about new stories about equally sensitive topics. No consequences, no changes, no skin in the game.

This is why you are the worst. The straight worst.

Ryan Holiday is the editor at large of Betabeat and the author of Trust Me I’m Lying: Confessions of a Media Manipulator. 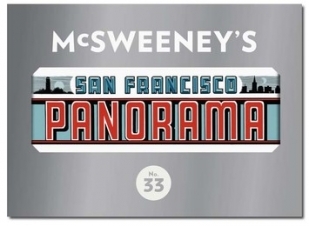