When it comes to international terrorism some facts are indisputable.

Like the fact that the overwhelming majority of terrorists are Muslims killing in the name of Islam. Or that these Islamist terrorists have an unending lists of grievances by which they justify their murder. Israel has checkpoints. France has cartoonists. Holland has documentary filmmakers. America has humiliated Islam. Britain has disrespected Islam. Bali has women in bikinis, etc.

Or the fact that none of these grievances—like being offended by a cartoon—can justify murder. Or that we in the West feel utterly uncomfortable talking in general about militant Islam because we hate to generalize. We rightly don’t wish to identify Islam as an inherently violent religion. I have repeatedly argued against this belief and brought proofs from history. We don’t want to tar regular, everyday G-d fearing Muslims who simply wish to observe their faith in peace with a violent brush.

And yet, the amount of violence in the name of Islam has hit staggering proportions. It’s overwhelming. It’s so intolerable. And yet it’s so commonplace that we are slowly becoming inured to it. We think nothing of reading that 145 innocent Islamic children are murdered by Islamic terrorists in Pakistan. We turn the next page when we read that 50 people in Baghdad were blown to smithereens.

But the atrocities in Paris wake us up because it reminds us that Islamic terrorism is a threat to Western civilization itself.

What are we to do about the global outbreak of violence in Islam’s name? It seems that whenever this happens we are just as interested in emphasizing that we do not blame ordinary Muslims as we are in condemning Islamic violence. But why should this be the case? Who in America blamed American Muslims for 9/11? I can’t recall a single credible soul. I feel nothing but warmth and closeness to Muslims I meet in everyday life. There are those who see that I’m Jewish and are not friendly. But they are the rare exception rather than the rule.

What we have every right to expect is that Muslims of every stripe and denomination condemn violence in the name of Islam, dismiss Imams who promote violence, and cast out any and all Islamic voices who call for bloodletting in Islam’s name.

The time has come for a coordinated world march—by Muslims—against Islamic violence. If 30,000 Muslims can march in the streets of Paris and London last summer to condemn Israel, then surely they can also march to condemn violence in Islam’s name.

Imagine the impact of a million Muslims marching in New York, London, Paris, and Jerusalem to condemn all violence in the name of Islam. Imagine the statement it would make to whose who seek to hijack Islam and turn it violent.

A Million Muslim March against violence would be the strongest possible declaration on the part of the silent Muslim majority that they will be silent no more. They will not allow monsters to take over their faith.

When I was at Oxford University debating about Israel a month ago, a very bright Pakistani female student condemned Israel and the United States in harsh terms. She spoke of America being worse than ISIS because of its drone strikes. She spoke of Israel fomenting all the unrest in the Middle East.

I said to her:

“Imagine that all six million Jews of Israel decided to move to Miami, give up on the Israel experiment. It’s too difficult in the Middle East. No one’s going to cut us a break here. We’re going to Florida.

“What would happen? Would universal education for Islamic women suddenly break out throughout the Middle East? Or would a new wave of oppression hunt down women who study in universities, like yourself, and have them shot in the head like this year’s Nobel Peace Prize winner who is only 17.

“If Israel were to be dismantled, would genital mutilation of women throughout the Middle East suddenly cease? Would Arab dictators and potentates suddenly declare their love of democracy and go to elections?

“If Israel were to disappear, God forbid, would honor killings of women falling in love suddenly cease? Would Arab journalists who are locked up and imprisoned for telling the truth suddenly be free? Would protesters in Qatar and Gaza suddenly become heroes rather than being shot? Would women in Saudi Arabia suddenly be allowed to drive?

“In short, if Israel disappeared what would possibly improve for the average Arab man or woman? The short answer is, not a lot. And the reason? Because the problem is not Israel, its fundamentalist Islam.

“In fact, without Israel everything would get worse. There would be proof positive that democracy is impossible in the Middle East and even more tyranny would spread.”

And now the people of Paris are tragically learning what the people of Tel Aviv, New York, London, and Jerusalem have learned before them. Extremist Islam is a death cult. A religion of pure hate. They hate Western freedoms. They hate Western choice. They hate how Western women dress. They hate that Western homosexuals can live openly. They hate free elections. They have utter contempt for the human condition and the only thing they respect is coercion at the hand of the sword. They don’t believe in love but fear. They believe that each of us only has the darkest possible angels in our nature. We are not creatures of light but creatures of wickedness. And we can only be kept in check with a Kalashnikov. Or an explosion that rips apart the limbs of the dead and sews fear into the hearts of the living.

What most sickened me about the attack in Paris was the words of the murderers as they fled in their black escape vehicle. “We avenged the honor or our prophet Muhammad. God is great!”

Really. Avenged the honor? You destroyed his honor. You blackened his name and made people around the world question whether he bequeathed a moral system or a call to war.

As a Jew I was raised to always ask whether my actions as a man who wears a Yarmulke are a consecration or desecration of God’s name.

Rabbi Shmuley Boteach, whom Newsweek and The Washington Post calls “the most famous Rabbi in America,” is the Founder of This World: The Values Network, the world’s leading organization defending Israel in the media. He is the author of Judaism for Everyone and 29 other books. Follow him on Twitter @RabbiShmuley. 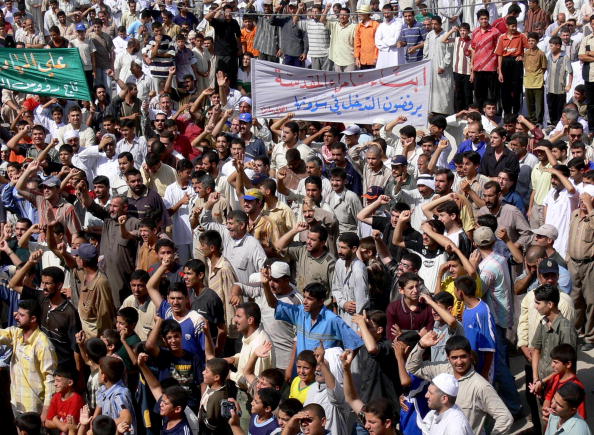