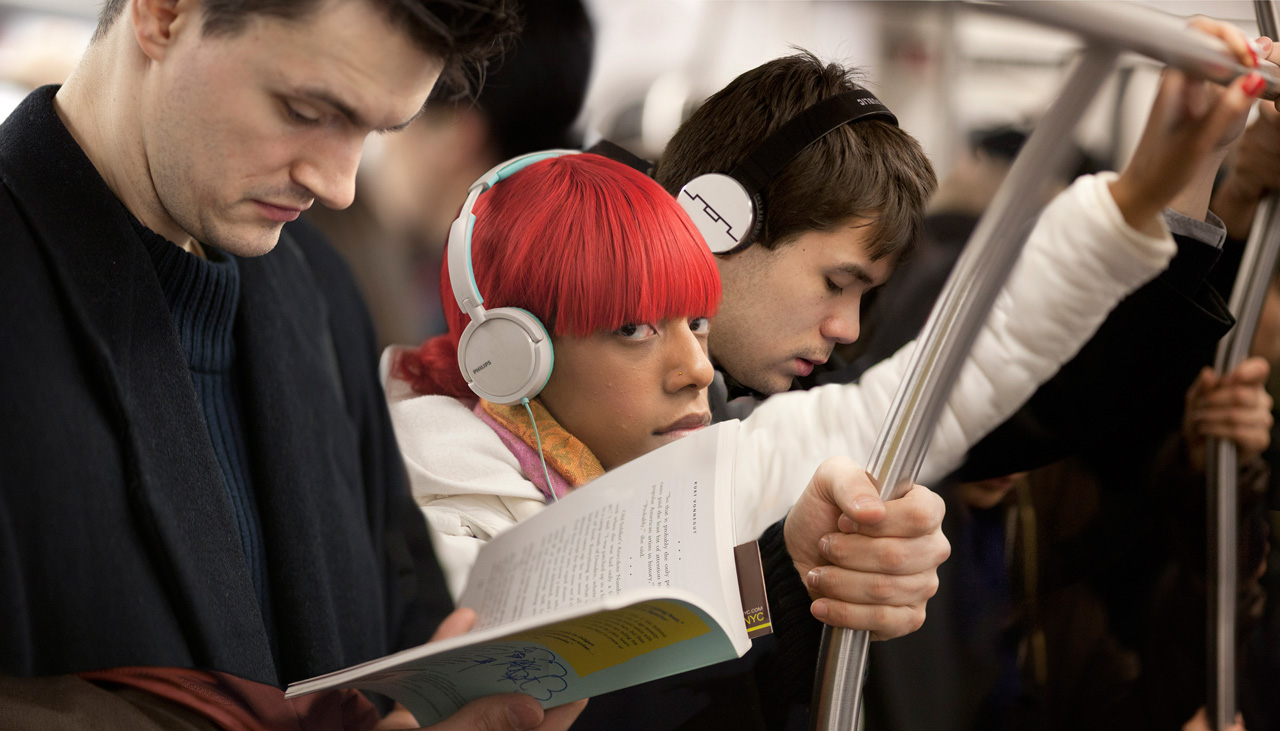 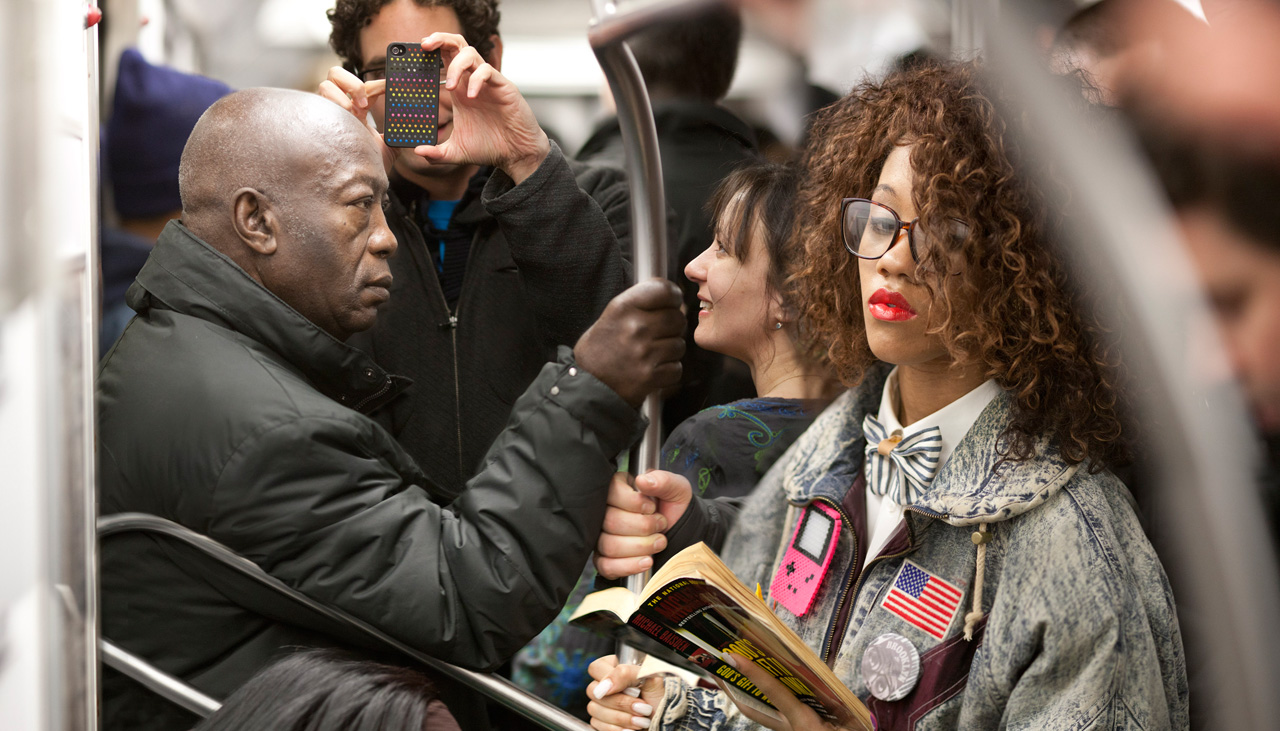 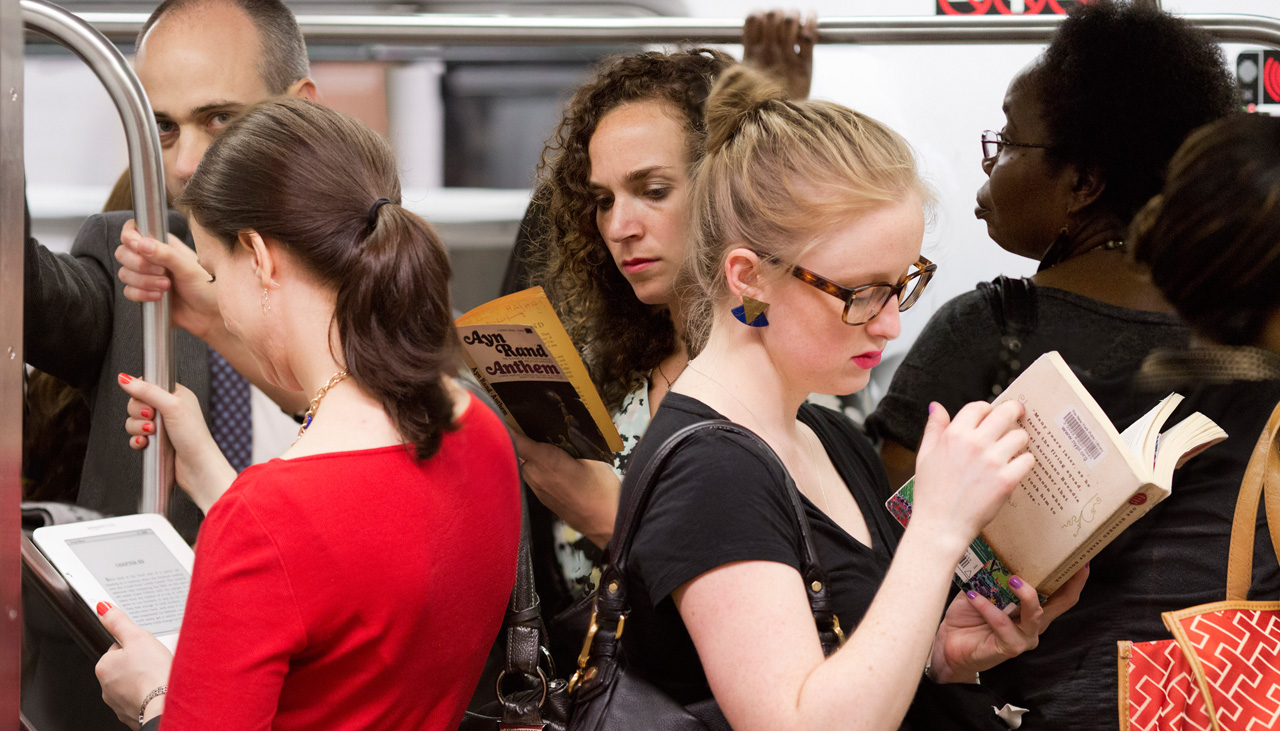 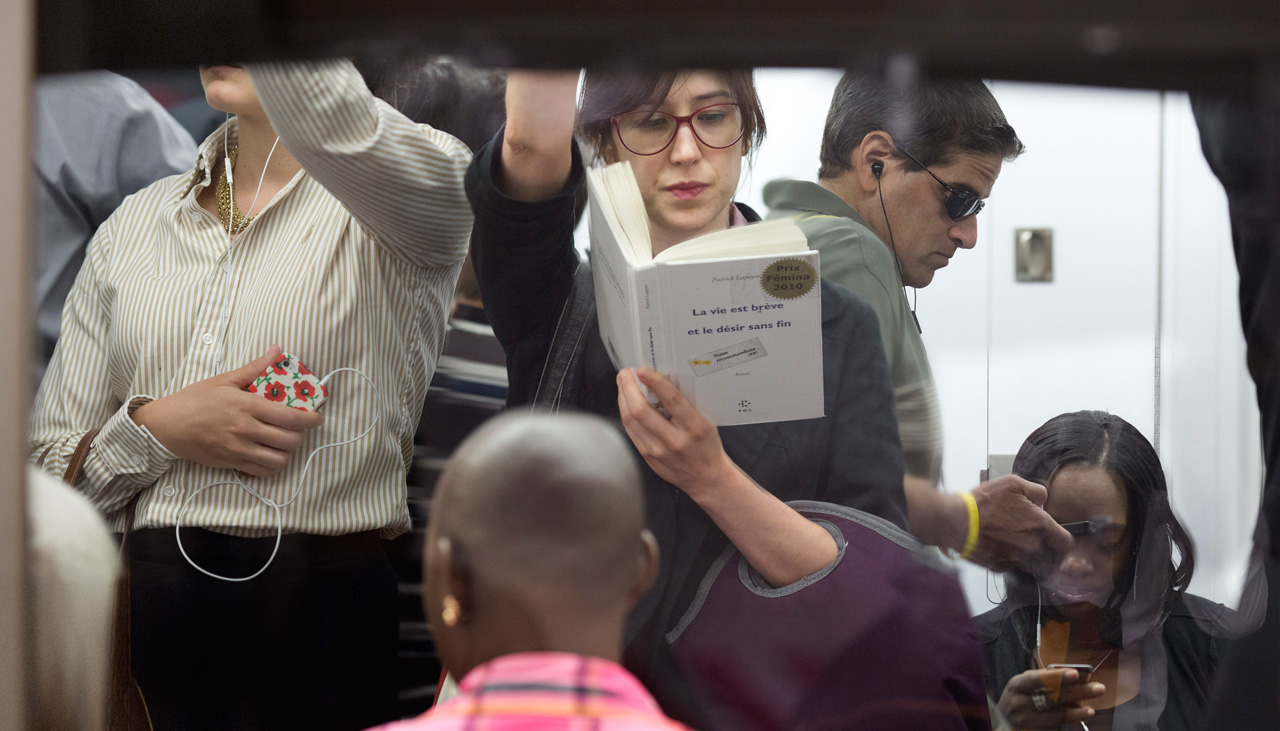 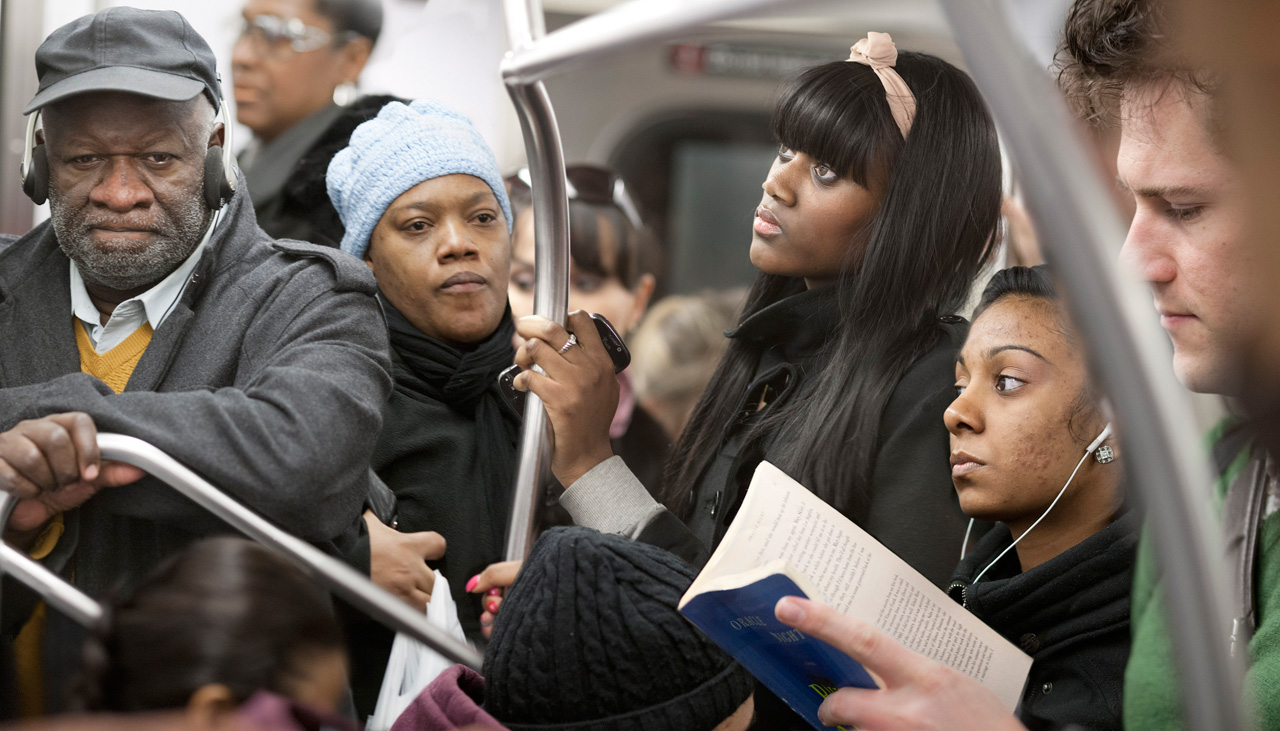 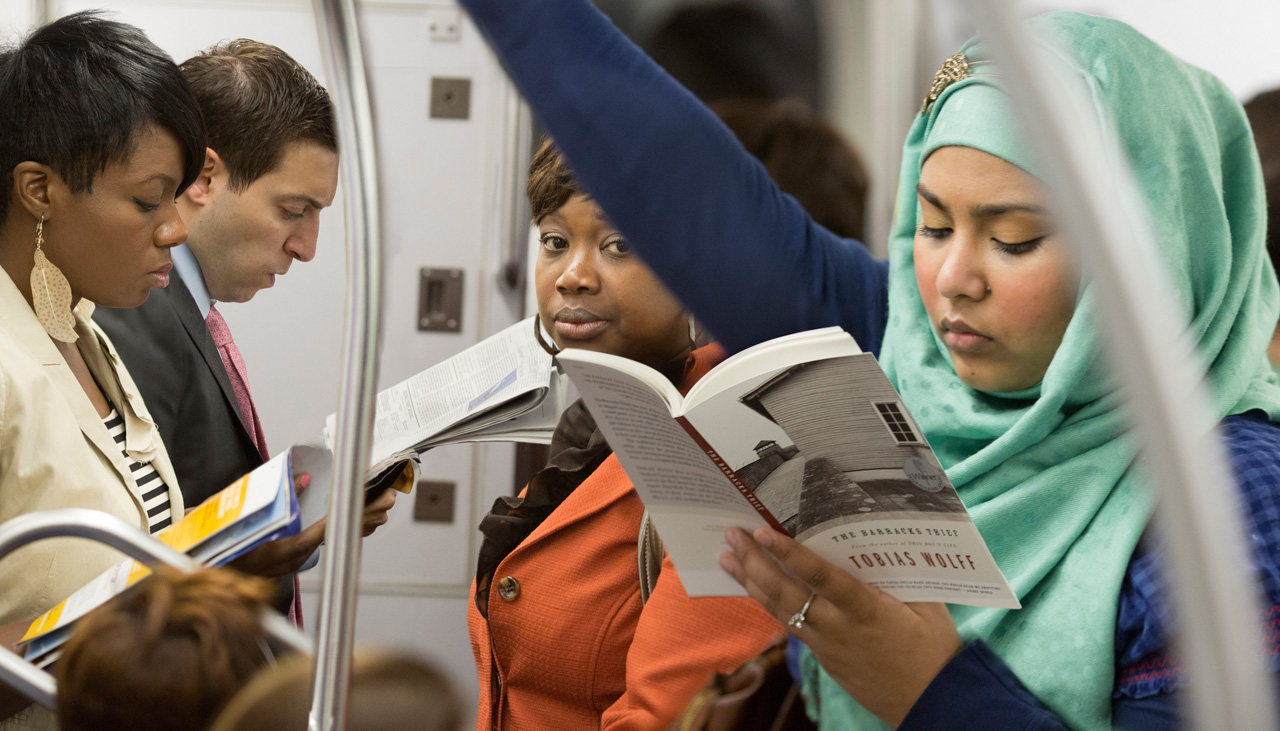 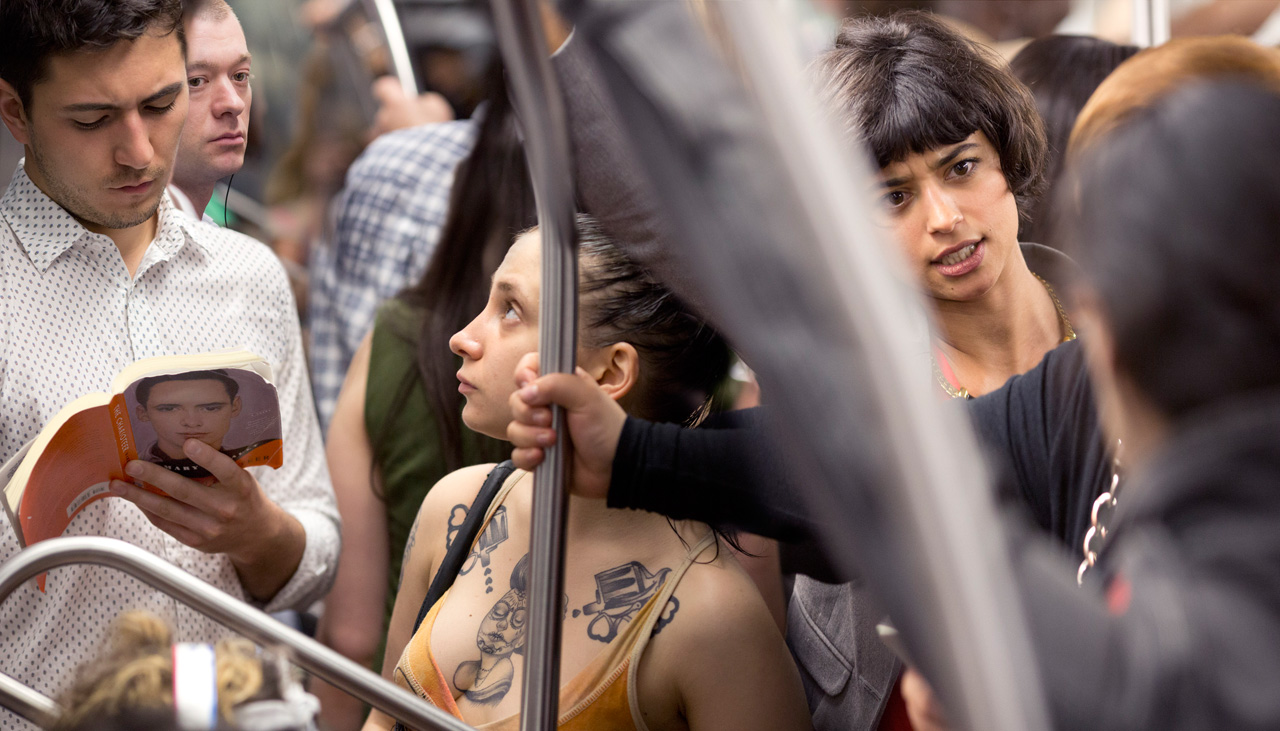 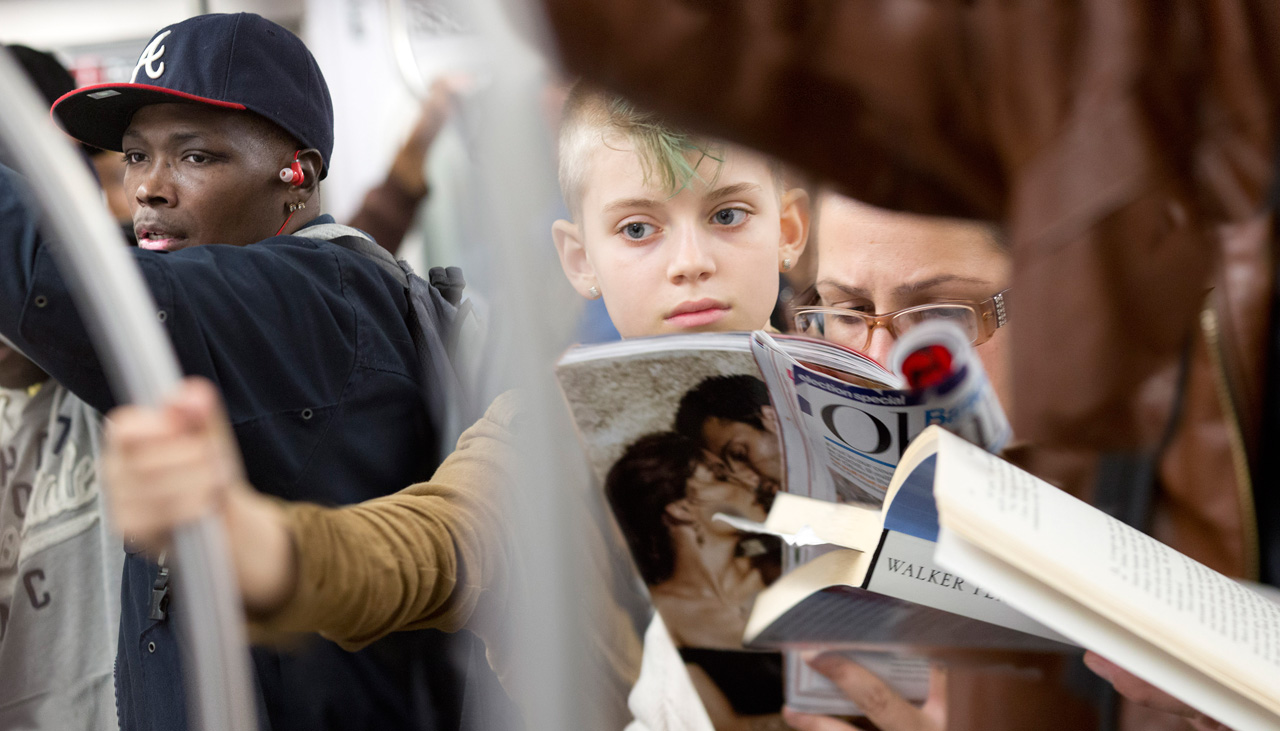 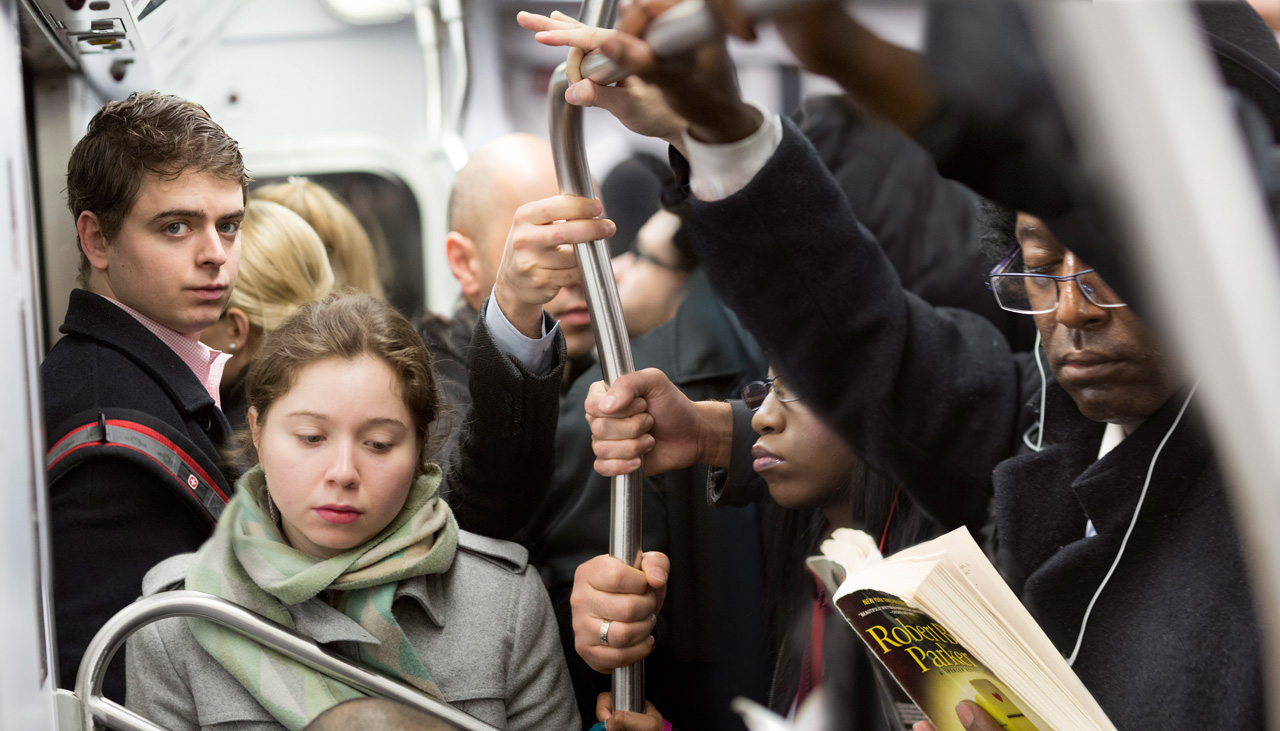 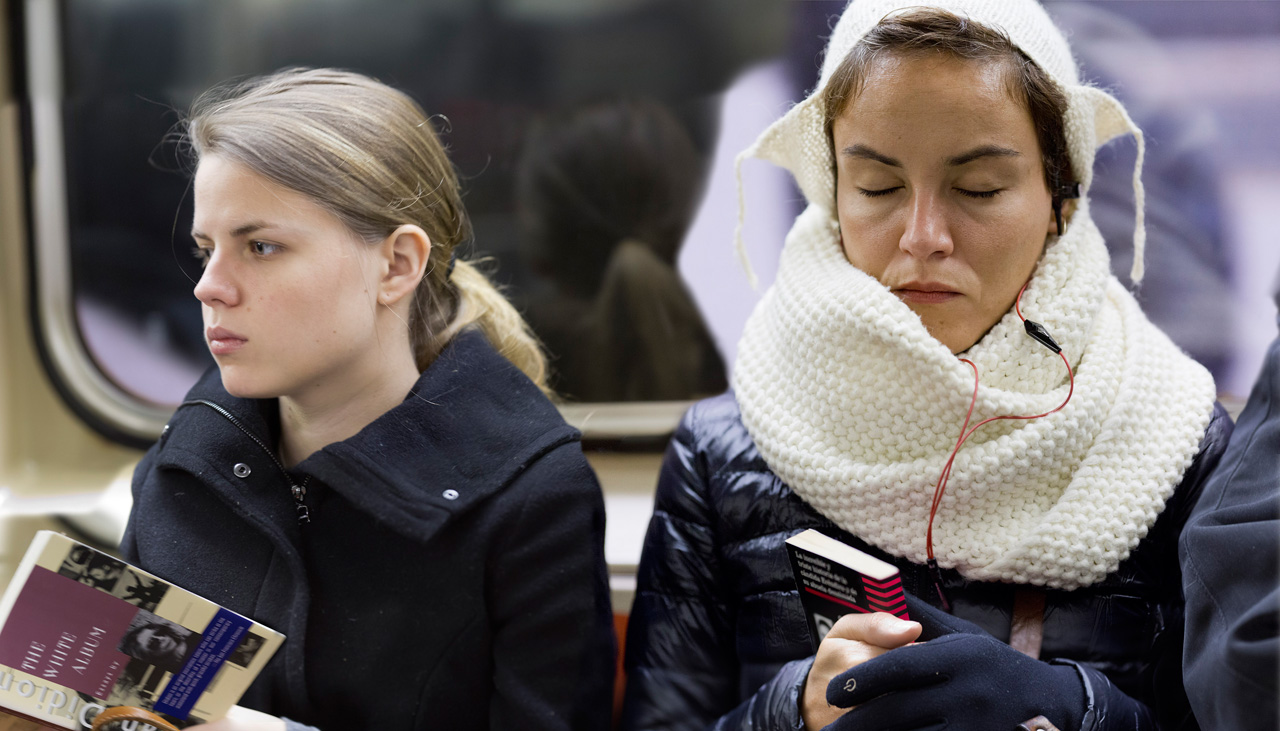 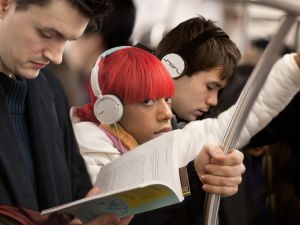 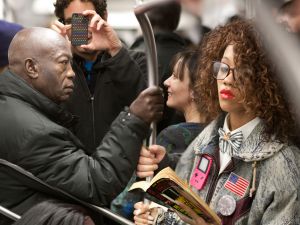 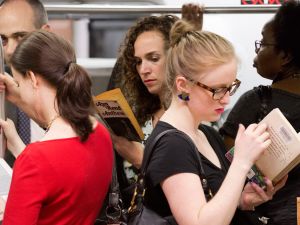 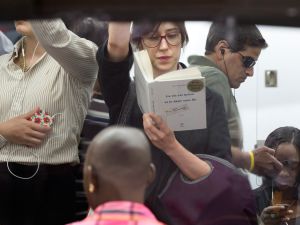 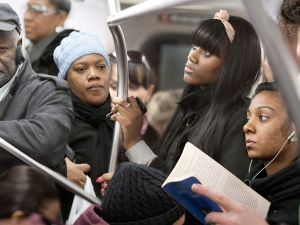 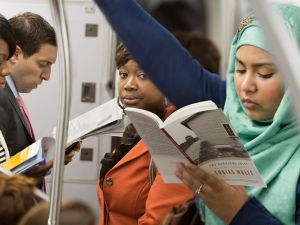 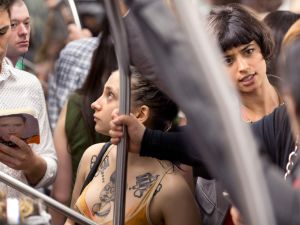 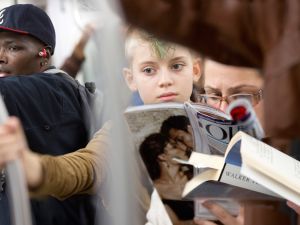 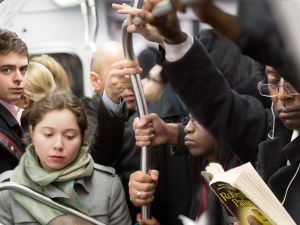 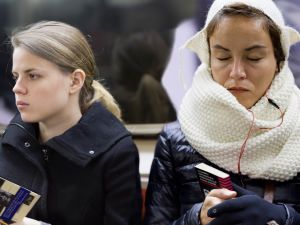 Everyday New York City subway commuters spend their time transferring between stations in different ways. Some listen to music, others play with their phone, a few close their eyes for a quick snooze and if you look hard enough you’ll see some reading books. Three years ago, Dutch photographer Reinier Gerritsen became captivated by these elusive book readers and has since spent his time photographing New Yorkers reading on their daily commute.

“In 2011 it became so obvious for me that the printed book was rapidly losing ground, that I decided to document this phenomenon,” Mr. Gerritsen told the Observer. “I always want to know what someone is reading and in the subway it’s so visible. The concentration in the eyes, the head a bit tilted, their hands, their physical posture, it shows so much,  I find it all very inspiring.”

In conjunction with the Aperture Foundation, Mr. Gerritsen has now created The Last Book, a new publication and collection of works currently on show at Julie Saul Gallery through Feb. 7. As he traversed the subway system, Mr. Gerritsen snapped every type of bookworm—from consumers of best sellers and classics, to romance novels and detective thrillers (there’s even the odd tablet thrown in).

Riding newer trains, like the 4, 5 and 6, Mr. Gerritsen was able to capture multiple images, before using Photoshop to piece together the individuals photographed in each specific image.

“Every time I arrive in New York, I have to get accustomed to the space I am working in and I am not daring enough to point my camera in such a direct way to people,” Mr. Gerritsen said. “It requires a certain state of mind. Only after a couple of days my shyness disappears and I feel I become a part of the subway car.”

Of the images in The Last Book, Mr. Gerritsen explained the photograph titled The White Album on page 32 is one of his favorite shots but said it was very difficult to make.

“Most of the time I am shooting in a crowded subway car, but in this case it was a late Friday night and I was in an almost empty train. I was sitting across from two girls; one reading, and the other sleeping,” Mr. Gerritsen said. “This moment I thought was too intimate and too invasive to take a picture, so I decided I was not going to take that shot. But then [the] train was delayed and we ended up sitting opposite from each other for another 20 minutes, so in the end I could not resist this visual invitation.”