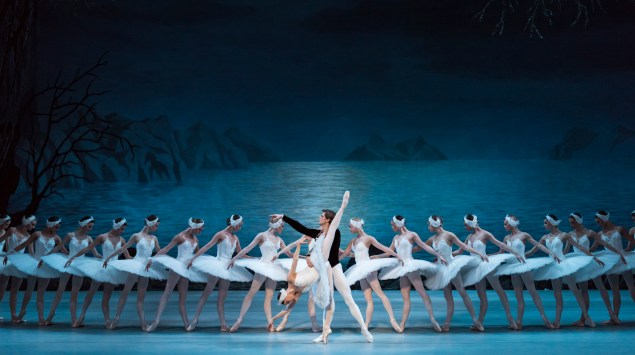 The recent season of the Mariinsky (ex-Kirov) ballet at BAM inspired a number of questions, to most of which, alas, I don’t have the answers.

1) Who is in charge of this great St. Petersburg company? The program lists the famous conductor Valery Gergiev—the Putin of Russian culture—as general and artistic director of the Mariinsky Theatre, but no one at all is listed as specifically in charge of ballet. Someone must be making the day-to-day decisions about casting, promotions, commissions, but who?

2) So who, then, decided to bring us the 1950 Sergeyev version of Swan Lake? Was it a political decision? Let’s face it—this iteration of the world’s most famous ballet doesn’t make a lot of sense. Alas, that’s true of many other Swan Lake productions, but they err on the side of trendiness: They’re Oedipal, all-male, soulless.

This one errs on the side of dogma. There’s no mime, so we never understand Odette’s predicament; in the first act, the “Reigning Princess” doesn’t instruct her son, Siegfried, to get married; Siegfried himself doesn’t seem particularly moody or psychologically different from any of the other boys, so why is he drawn away from the castle to the mystical lake? There are no hunters, so Odette and her swans are never in real danger. And in the end, no tragedy—Siegfried just gets pissed off with Rothbart and yanks off one of his wings: curtains for Rothbart. Why didn’t Siegfried do it earlier, since it took so little effort? And why—for God’s sake, why—the endless cuteness of The Joker in Acts One and Three? I suppose the Russians can’t help themselves—they have these specialty dancers with comical leaps and splits and non-stop hijinks, and they unleash them mercilessly.

And why give the first performance to a dancer—Viktoria Tereshkina—so utterly unsuited to Odette? She’s a powerhouse of technique, but she has no Romantic or lyrical impulse, and she has a stolid face. As Odile her pyrotechnics work wonders, but it’s too late to save the ballet. (When you’re actually grateful for the national dances in Act III you know you’re in trouble.) The glorious corps and the beautiful, evocative sets are the most distinguished things about this production, but if you find yourself more interested in the Lake than in the Swan, it’s curtains for Swan Lake, too.

3) Why is Cinderella so hard to get right? As its second full-evening offering, the Mariinsky brought us Alexei Ratmansky’s 2002 version, which he has since heavily revised (for the Australians). It has strong virtues, even though it’s updated to some unspecified Soviet period—the ballroom girls are in inter-war mode, and there’s a sketchy big apartment building on a curtain at the start. But even a choreographer as inventive as Ratmansky has trouble filling the endless Prokofiev score, which is as intense as his Romeo music although here it’s at the service of a relatively light fairy tale. The ballroom scene is large-scale and fluent, and Cinderella herself has a variety of interesting passages, but here’s what we don’t get: The fairy godmother (here she’s called the “Fairy-Tramp” and looks like a bag lady); the glass carriage, with or without mice, that magically transports Cinderella to the ball; and the famous climax of the story: the fitting of the slipper on Cinderella’s foot. Instead, the slipper is tossed aside, because True Love does the job instead. Yes, this is a new take, but what a disappointment to the little girls (and some bigger ones) who grew up on that slipper! 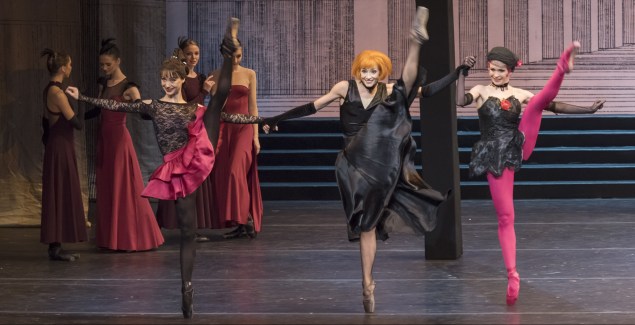 First-cast Cinderella was that superb ballerina Diana Vishneva, who did her best to seem youthful and innocent. But that’s not what she is at this stage of her illustrious career. As with Swan Lake, seniority rules at the Mariiinsky. Gorgeous Yekate-rina Kondaurova was the manic stepmother, stealing the show at her all too many opportunities. The young Ratmansky was obviously trying to give us an exciting new consideration of this venerable and rather thin story, but there isn’t really enough narrative for three long acts, and he’s stuck with a score that goes on and on. A lot here is fresh and amusing, but I’m eager to see what he’s done with Cinderella and Prokofiev a dozen years later.

4) Can Les Sylphides (here in its original 1908 Chopiniana version) still thrill the way it did for most of the 20th century? Not this boy. The revolutionary Fokine today seems outdated, pallid, precious. The Trocks’ tongue-in-cheek take on it seems more robust and alive.

5) Who can explain why Benjamin Millepied has been given so many choice opportunities to choreograph? And why he’s been given the Paris Opéra Ballet to run? In 2011, he created Without for the Mariinsky, and here it was—smaller than life, but an audience hit, with its nonstop artificial turbulence in the near-dark. Chopin piano music, five color-coded couples, lifts and more lifts—does it sound familiar? Yes, and it looked familiar. This is a shameless rip-off of Jerome Robbins’ masterpiece Dances at a Gathering. And don’t let anyone tell you it’s an homage. The closest it came to outright theft was in the “cute” episode, the only one not almost totally obscured in darkness—when the “orange” couple do all the Robbins adorable things, down to the girl’s final smirky shrug at the end.

Dances at a Gathering is about something—about community, love of dance, love of love. No Millepied ballet I’ve ever seen is about anything at all except putting together a workable piece. The dancers clearly loved dancing Without, though, and they give it their estimable all. Maybe they think it’s avant-garde? Dances wasn’t even avant-garde when it first saw the light of day, back in 1969.

6) How come the highlight of the Mariinsky’s all-Chopin piano music program was Robbins’ In the Night? At its premiere—in 1970, a year after Dances—it looked to me like outtakes from its predecessor (though with only three couples, not five). No longer, at least not in this sublime performance. The three ballerinas—the lovely young Anastasia Matvienko, also an Odette-Odile and a Cinderella; the magnificent Kondaurova; and the commanding star Ulyana Lopatkina—had all the high Romantic glamour this crowd-pleaser demands, and they were clearly helped by Ben Huys’ sensitive staging. But it’s Robbins who should get the credit here. In the Night is not his finest work, but it’s head and shoulders above what we saw of Millepied, Ratmansky, Fokine and Sergeyev these past weeks. The Mariinsky, like the Bolshoi, always sells out in New York, thanks to that part of the dance audience that thinks being Russian is the ultimate stamp of excellence. Here, in the last performance of the season, they finally got their money’s worth—from our own, very American, Jerry Robbins. 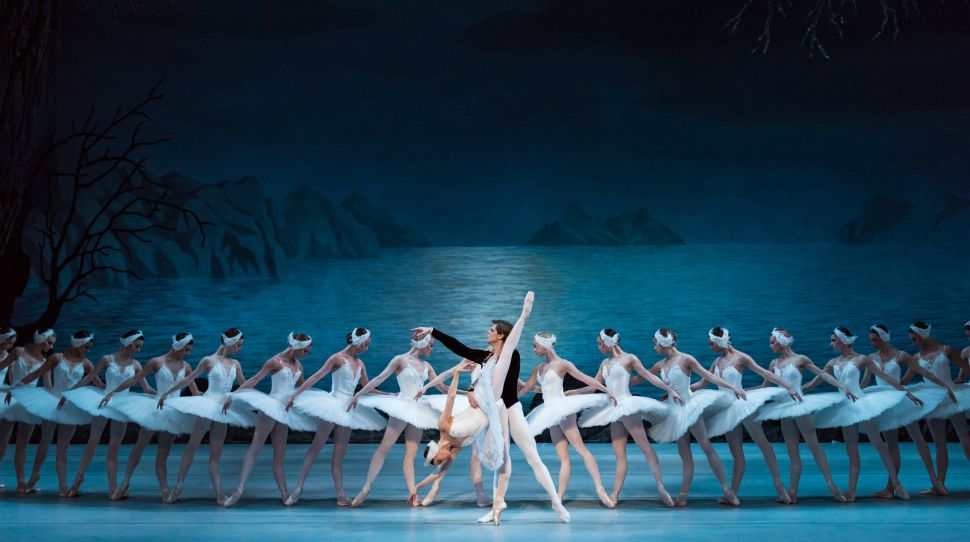