The last few months have seen a torrent of words, spoken loudly, in voices made shrill with passion. Mayor de Blasio saw fit to tell us of a private conversation he had with his son, the gist of which was that young Dante ought to treat the police as potential victimizers rather than protectors. Protestors and critics compared the Police Department of New York to the Ku Klux Klan. Meanwhile, the head of the Patrolmen’s Benevolent Association, Patrick Lynch, charged that the blood of two assassinated police officers was on the hands of the mayor and his advisors.

Those words were spoken. They were recorded. They can never be expunged from the record.

Now, however, it surely is time for the police, protesters and the mayor to lower their voices and stop shouting at each other. The police say they want an apology from the mayor. It’s unlikely that will happen, just as it is unlikely that Mr. Lynch will ever apologize for his ill-considered words after Detectives Rafael Ramos and Wenjian Liu were ambushed in Brooklyn on December 20. And it’s fairly certain that no critic of the NYPD will ever apologize for the atrocious sentiments expressed during anti-police demonstrations last month.

Time spent waiting for apologies that will never be delivered is time wasted. Instead, the mayor and the police have to lower their voices and make sure that their words, and not just their voices, are heard and understood. No more playing to their constituencies, no more manipulating of grievances.

There are some signs of a thaw in this coldest of cold wars. After weeks of startling decreases in summonses and arrests, police officers appear to be ending their informal work slowdown. Those actions may well speak louder than the angry words of last month.

The mayor should seize the moment and offer leadership, if not an olive branch. 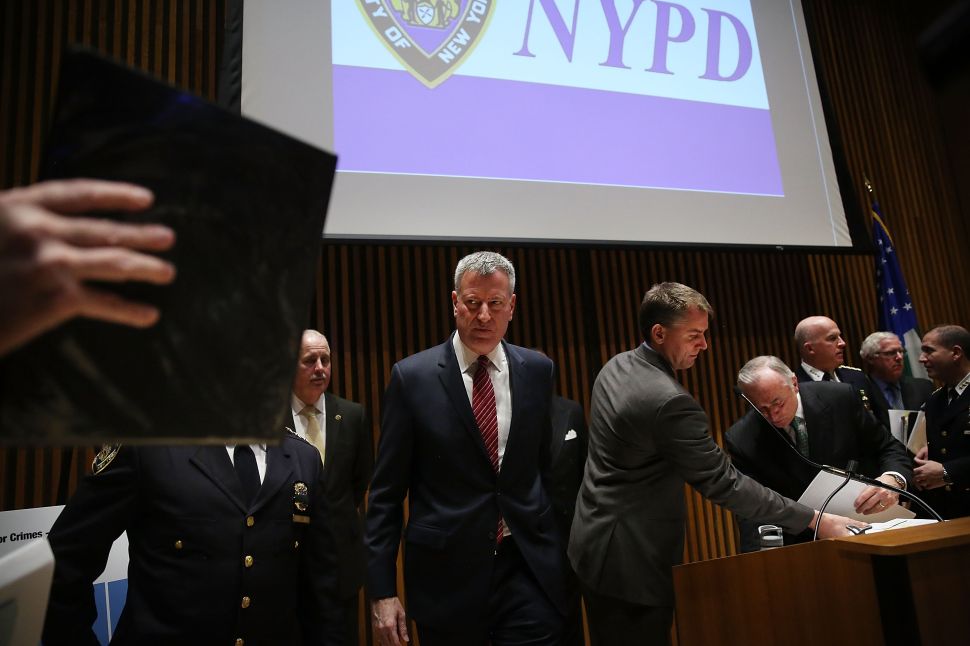