After 39 years in Gramercy, Ess-a-Bagel, along with neighbors and fellow tenants Grill 21 and Rose Restaurant, is being forced to shutter its doors after the building’s landlord refused to renew the lease.

Residing on First Avenue since 1976, owner of Ess-a-Bagel David Wilpon told Town & Village that while the landlord’s refusal to renew came as a surprise, he has had issues since his aunt and prior-owner Florence Wilpon died in September of 2013.

The eviction comes at a time in which “Mom and Pop” shops are slowly becoming a thing of the past in an increasingly commercialized New York City.

A spokesperson for landlord East 21 Retail LLC released a statement to New York Eater earlier in the week, stating, “It takes two sides to make a deal, and Ess-A-Bagel’s owners repeatedly refused to meet us between their below-market rent and current market value.”

However, loyal patrons of the renowned bagel shop will be pleased to learn that their “hand rolled bagels” will be staying close. Over the weekend, Ess-a-Bagel tweeted that they are, “just moving down the block.”

As for the storefronts, new tenants are allegedly lined up for the new space: a Bank of America and Tal Bagels.

Ess-a-Bagel declined to comment when contacted by the Observer. 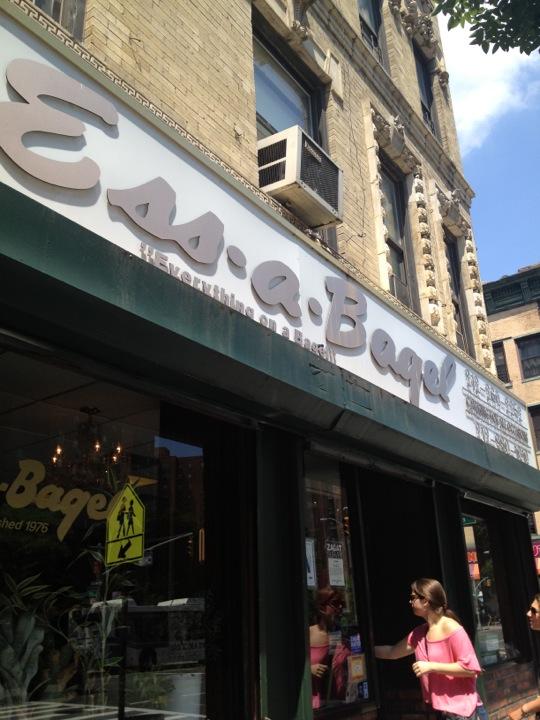