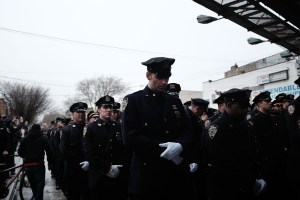 Cops will start turning their backs on Commissioner Bratton if he continues moving in lockstep with Mayor de Blasio. (Getty)

Police Commissioner Bill Bratton is close to losing police support, and may soon have backs turned on him. Union officials say that if the commissioner continues to act in lockstep with Mayor de Blasio, his officers will stop respecting him. Cops believe that since they are “Bratton’s base,” drastic actions against the commissioner are the only way to solve the NYPD’s morale problem. (DNAinfo)

Chirlane McCray did not wear jeans to the funeral of NYPD officer Wenjian Liu; Anni Kuan, the designer of the pants, said that they were actually made of a polyester-rayon blend. The denim damage control started after several Twitter trolls blasted the First Lady’s fashion choice, and one cop said he found the outfit “disrespectful.” Mayoral spokesman Rebecca Katz called the ensemble “somber and appropriate,” adding that “We should be talking about Detective Liu and his family, not fabric and fashion.” (Daily News)

Mayor de Blasio announced today that plastic foam cups and containers will be banned in New York City beginning July 1. The mainstay of Chinese takeout is not recyclable and clogs up landfills; 28,000 tons of plastic foam were disposed of in the city between June 2013 and June 2014. Officials will not begin enforcing the ban until January 2016, so as to give vendors time to learn the rules. (New York Times)

The mayor’s plan to lift the cellphone ban in city schools may have students excited, but the business owners that store the devices for the day are bemoaning the end of the cottage industry, which raked in $4.2 million annually. Michael Perez, whose Urban Cell truck stores as many as 300 phones a day, said he “didn’t think it could happen.” Well, it did. (New York Post)

The deep freeze currently paralyzing New York City has had some beautiful results—the Bryant Park fountain froze this morning, and luckily someone tweeted a photo of it. (Gothamist) 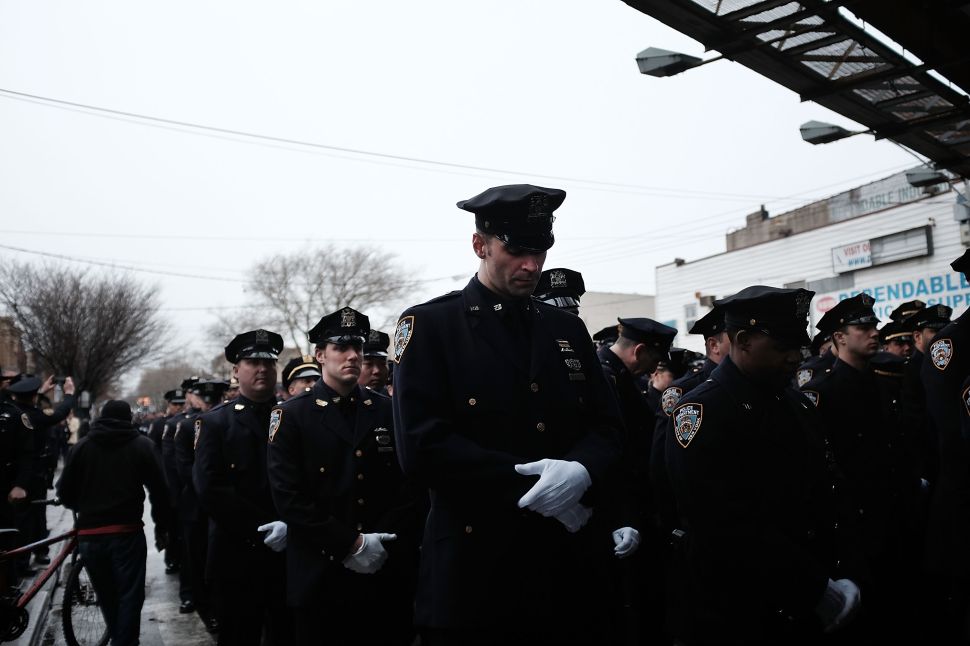