Mayor de Blasio paid his respects to the victims of the Charlie Hebdo Massacre today. Mayor de Blasio’s first stop of his Paris trip was to lay flowers outside the kosher supermarket where four hostages were killed. Following a meeting with Jewish leaders he said, “Both our cities have experienced terror. Both our cities understand what it is to fight back.” (New York Times)

Emma Sulkowicz, the Columbia University rape victim who has been carrying her mattress around campus in protest, will be attending tonight’s State of the Union address as a guest of New York Senator, Kristen Gillibrand. According to the Daily News, Ms. Gillibrand hopes that Ms. Sulkowicz’s presence will be a message to President Obama and other lawmakers to begin strengthen policies against sexual assault at colleges. Ms. Sulkowicz will be leaving her mattress at home for the night. (Daily News)

Governor Andrew Cuomo has announced plans to build a subway line that would directly take them to the 75-year-old airport. At an Association for a Better New York breakfast in Midtown Manhattan, Mr. Cuomo said, “You can’t get to LaGuardia by train there and that really is inexcusable. And that we’re going to change over the next several years.” (Observer)

Those moments of desperation to find a bathroom in the city are now over. “Airpnp” is a new app that allows users to find people who are renting out their bathrooms to the public for free, or a small fee. But users please be wary, some toilet sharks charge up to $20 for those who are especially desperate. (New York Post)

And finally, here are some pictures of adorable seals sunbathing in New York Harbour that were tweeted by the NYPD–arguably one of New York’s finest better moments on the social media site. (Gothamist) 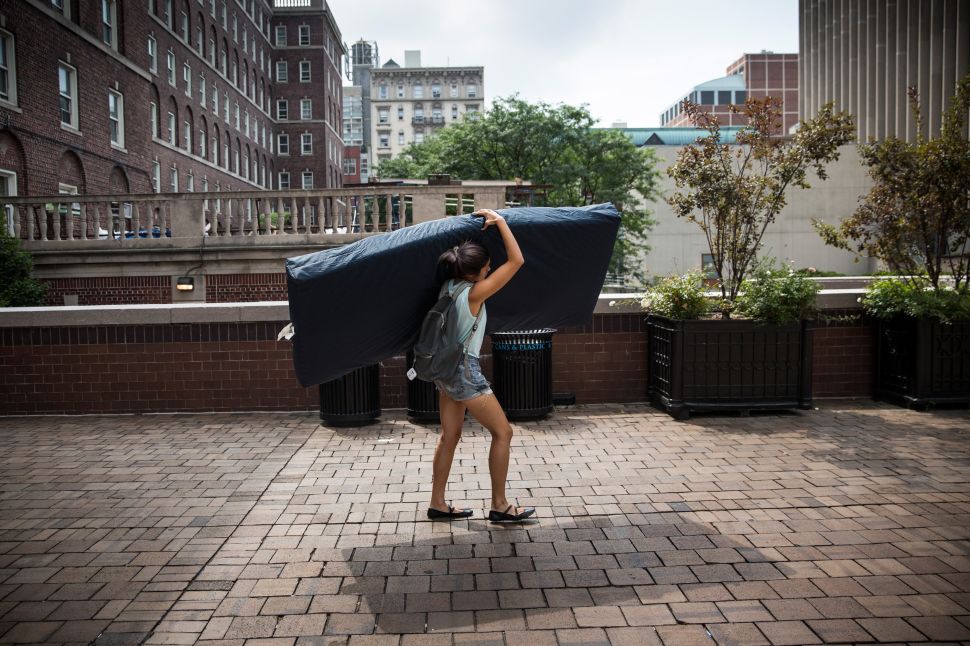