Gov. Andrew Cuomo delivered a heartfelt eulogy for his father and three-term Gov. Mario Cuomo in front of hundreds of New Yorkers at the Church of St. Ignatius Loyola on the Upper East Side. Crowds lined up in the early morning hours Tuesday under a light snowfall to mourn the former governor who died at his home in Manhattan on Jan. 4 at the age of 82. In attendance was CNN news anchor Chris Cuomo, Mayor Bill de Blasio, House minority leader Nancy Pelosi, Gov. Chris Christie, former Mayor Michael R. Bloomberg, and Bill and Hillary Clinton. (New York Observer)

The Department of Transportation issued a “snow alert” at 9 a.m., and 400 salt spreaders whipped into action as a winter weather system rolled into Manhattan impacting the morning commute. The Weather Channel predicts more winter weather activity over the next few days as an arctic blast from Canada is expected to hit the eastern U.S., plunging temperatures into the single digits. (Gothamist)

Mayor Bill de Blasio is counting on the supposed beautiful faces of “everyday New Yorkers” to help the city win its bid to host the 2016 Democratic National Convention at Brooklyn Barclay’s Center. The mayor’s office is actively seeking residents to star in brief 10-second clips in an effort to demonstrate grassroots support for the city’s campaign. Philadelphia and Columbus, Ohio, are also in the running for the title of host city. (Daily News)

According to a report by Douglas Elliman Real Estate and appraisal firm Miller Samuel Inc., Manhattan real estate had a booming year in 2014. The average sales price for a Manhattan address climbed to an all-time high of $1,718,530, exceeding the $1,591,823 record set in 2008. Despite these seemingly favorable figures, the number of total apartment sales fell to 2,718 as buyers were priced out of the market. (New York Times)

Presumed presidential hopeful Jeb Bush took some time off from meetings in the city to post two short clips to Facebook announcing his new PAC, the Right to Rise, which aims to support conservative principles. The videos, one each in English and Spanish, showed Bush ambling along a New York City sidewalk. It’s no coincidence Bush chose the home base of his most likely rival in 2016, Hilary Rodham Clinton, to make his important announcement. (Daily News) 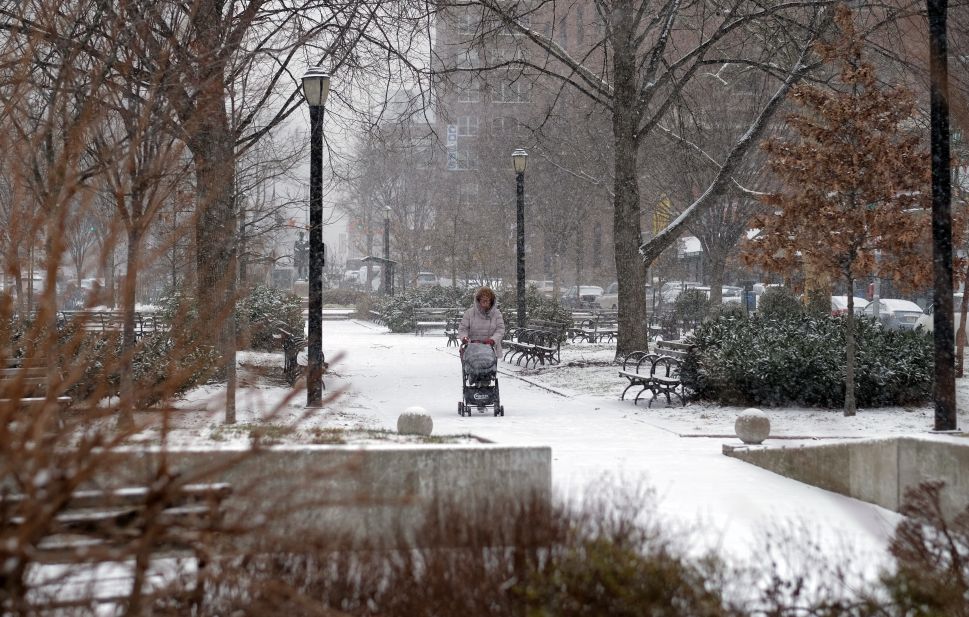