Get ready for a pay rise New Yorkers. Gov. Andrew Cuomo is proposing to increase the minimum wage in New York City to $11.50 an hour. If the proposal is approved, New York City workers will receive one dollar more than the rest of the state. The minimum wage went up to $8.75 an hour statewide on January 1. (CBS New York)

The negative perceptions of the state of race relations in New York is up 51 percent compared to 2014 results, according to a new Siena poll. The latest poll revealed 66 percent of state residents think race relations within the New York are fair (38 percent) or poor (28 percent). Recent events like the death of Eric Garner, an African-American who died in July on Staten Island from being placed in a chokehold by NYPD, have brought increased awareness to race relations within the state. (New York Daily News)

Pope Francis is the latest name to be added to Madison Square Garden’s 2015 line up. The release of a preliminary outline for the pontiff’s expected September visit reveals Pope Francis will address the United Nations, visit St. Patrick’s Cathedral and celebrate Mass at Madison Square Garden during his three day visit to NYC. The tour will bring Pope Francis to Washington, D.C., Philadelphia and possibly Boston. (New York Daily News)

Book Culture’s Columbus Avenue store reportedly sold all 100 copies of Charlie Hebdo within 2.5 hours of announcing the sale on Twitter. At 6.47pm last night the store tweeted: “Down to 40 copies of Charlie Hebdo at #BooKCultureOnColumbus. If you want one, better break out the umbrella!.” This is the first issue to be published following the terror attacks on the paper’s Paris office on January 7th, in which 11 people died. (Gothamist)

On average, one New Yorker complains about city noises every four minutes, according to I Quant NY blogger Ben Wellington. Mr. Wellington has scrupulously investigated and tracked the various noise complaints that occur throughout NYC for the New Yorker this week, mapping out a picture of what really bugs city dwellers. According to the city’s OpenData portal, 37 percent of complaints relate to loud music or parties and 13 per cent of complaints are about loud talking. Furthermore, Midtowners make the highest number of complaints. (The New Yorker) 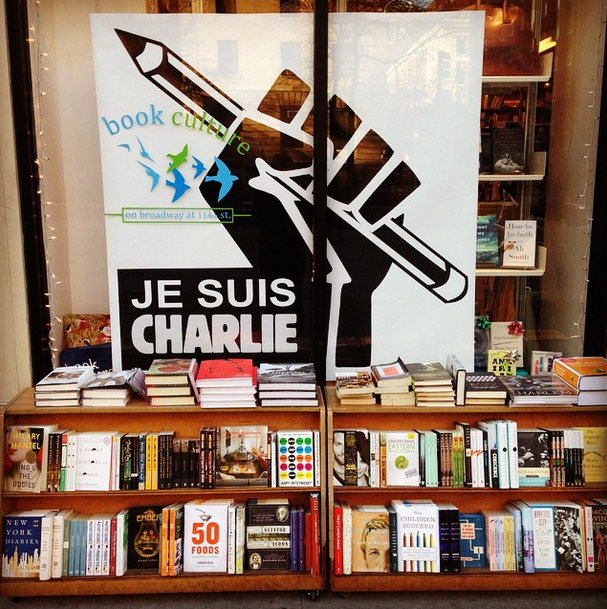