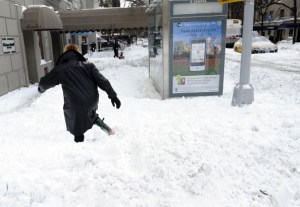 We can expect a lot more of this over the next 36 hours.

With a blizzard set to dump several feet of snow on New York City, Mayor de Blasio declared a state of emergency this afternoon. Non-emergency vehicles must be off the road by 11 PM, and schools will be closed tomorrow. The city is deploying 1,800 plows to clean up the snow. Subway service will continue on a limited basis after 7 PM and Metro-North and Long Island Railroad services will be suspended at 11 PM, though Metro-North will have extra afternoon trains. (New York Times)

Uber surge pricing will be capped during today’s commute. While the cars will increase prices to meet demand, the app will not be able to charge more than 2.8  times the normal fare. This figure is the result of an agreement between Uber and Attorney General Eric Schneiderman. Proceeds from today’s Uber rides will be donated to the American Red Cross to support relief efforts. (New York Post)

New York media is covering the blizzard in a myriad of ways, from “restrained hysteria” (the Times) to various types of listicles (Buzzfeed and AM New York). Journalists have also responded to the news with straightforward explainers and more sarcastic “takes,” including one by the Observer‘s Matthew Kassel. (Daily Intelligencer)

In non-storm related news, Sheldon Silver will step back from his responsibilities as Speaker of the State Assembly while his corruption case goes through court. While Mr. Silver is not resigning, he will be delegating his responsibilities to a group of senior advisers. He made the decision after being pressured by his fellow Democrats. Mr. Silver has said he will fight the charges and hopes to eventually be vindicated. (DNAinfo)

A former Fox News producer committed suicide outside News Corp headquarters in Midtown this morning. In his suicide note, Phillip Perea wrote that he blamed Fox News for ending his career. He believed his coworkers were bullying him out of fear, and referred to himself on social media as “the American workplace bully.” (Daily News) 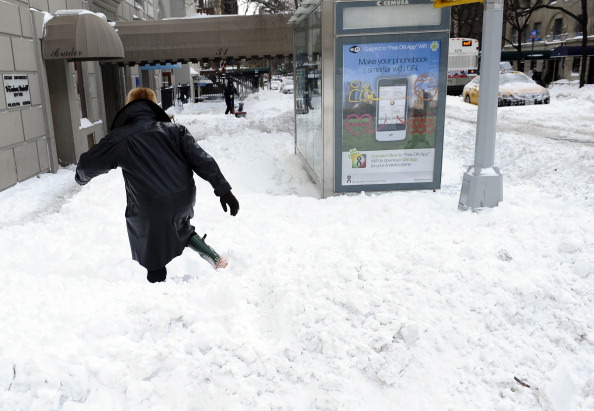