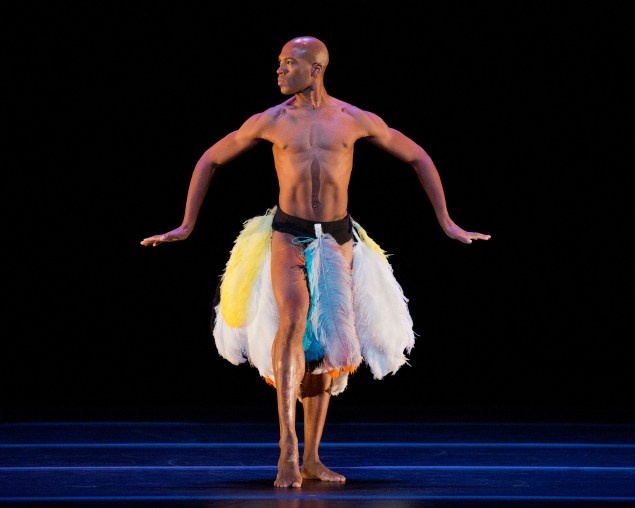 We don’t have to worry about the level of dancing at Alvin Ailey, even as great favorites like Renee Robinson and Matthew Rushing retire from the stage. With the Ailey school and second company propelling exciting new dancers into the main company, the level of performance is as high as it’s ever been—and that’s as high as it gets.

The question—the issue, the problem—remains what it’s always been: the repertory. Alvin Ailey, the founder, left behind very few works, other than the glorious Revelations, that today don’t look dated or tired or both. His successor, Judith Jamison, was many imposing things, but a choreographer wasn’t one of them. Her recent successor, Robert Battle, has been struggling to broaden and strengthen the rep. In the five-week season at the City Center, just ended, he offered us 23 works, only five of them by Ailey (one of them a solo, one a duet, and one, of course, Revelations—28 times!). He’s been tirelessly ranging the field—but with drastically uneven results.

The big event was a world premiere, Odetta, by Matthew Rushing, an ambitious entry into the Revelations stakes—10 segments of uplift (mostly) with a touch of humor thrown in.. (“A Hole in the Bucket,” Odetta sings it with Harry Belafonte). This piece could be a hit, at moments it looks like a hit, but it lacks a basic ingredient: effective choreography. There’s too much production and too much going on, including a gratuitous “Masters of War” number—the Vietnam war, I assume.

Odetta was a wonderful singer, but as she moved from her early charming and moving folk repertory into her agitprop mode, she hit us over the head with her agenda. And that’s the Odetta who’s almost exclusively represented here. I wish this piece were shorter, less insistent and better crafted, because it might have been the rousing closer the company needs to supplement Revelations. Certainly the dancers, led by the company’s powerhouse, Hope Boykin, made the best possible case for it.

The other world premiere, The Pleasure of the Lesson, was by Robert Moses (no, not Robert Caro’s Power Broker). Ten dancers, relentless male-female aggression, overworked hips, red lights, smoke, percussion, chanting, spoken texts (Shakespeare’s “When I Consider Everything that Grows,” for one). And it’s endless.

Audiences can tell the difference: Having been lashed by its undiscriminating energy into obedience, (almost) everyone applauded, but later in the program when Ronald K. Brown’s Four Corners, now in its second year, took over, the applause was twice as great—and spontaneous, not dutiful. It does what a good new ballet always does: makes you want to see it again, right away; makes you want to see it with other casts; reminds you why you love dance. It’s elating—unlike work whose slick competence is just depressing.

Brown’s piece is fluent, intelligent, galvanizing. It doesn’t depend on hair-raising lifts or leaps but on a firm structure and a dynamic vocabulary that suits the Aileys down to the ground. (Fortunately, Brown’s beautiful Grace, with the same virtues, was also back—why isn’t he producing new work for the company every year?)

Four Corners gives the immensely gifted Rachael McLaren the role of a lifetime—except that she looks just as good in everything she dances. Which is also true of her partner in this piece, Jamar Roberts, perhaps the most striking of the pack of striking men in the company; his command of the stage is now absolute.

This was instantly apparent in his performance of the three-minute solo Awassa Astrige/Ostrich that was the highlight of the entire season, a work choreographed in 1932 by Asadata Dafora, the pioneer who helped to introduce African music and dance to America. (How thrilling it would be to see his famous dance opera The Witch Women, that in 1934 took New York by surprise and by storm.) Roberts struts onto the stage wearing only a skirt of plumes—a magnificent male dancer but also that aggressive, awkward creature, the ostrich. His bird-movement, his animal force, his utter blind focus are spellbinding. And then he’s gone. This was revelation. I went back the next day to see the very fine Kirven Douthit-Boyd perform the role, but it wasn’t the same thing—it was brilliant impersonation, but what Roberts gave us was embodiment.

The rest of the season’s new or revived works were for the most part paltry. Two empty pieces by Ulysses Dove, all clamor and excitation, signifying exactly nothing. More blatant posturings in Hans van Manen’s Polish Pieces, a long piece of Eurojunk from the ’90s, to agitated music by Górecki. Hofesh Shechter’s frenzied Uprising (music by Hofesh Shechter and Vex’d)—seven guys running, loping on all fours, spasming, convulsing, flailing, brawling, and ending up in a pyramidal tableau with one of them waving a tiny red flag.

And let’s not forget—much as we might like to—Suspended Women, by Jacqulyn Buglisi, ex-Martha Graham, who “has created 100 ballets using literature, history and heroic archetypes to illuminate the human condition.” Here she illuminates the plight of “all women since the beginning of time ‘suspended’ ”—a dozen or so superb female dancers who endlessly swirl their skirts as they suffer, suffer, suffer at the hands of four men in suits who do bad things to them like cart them around upside down, right side up and sideways. The suave brutes!

Thrown into the mix was Christopher Wheeldon’s overexposed After the Rain pas de deux, Wendy Whelan’s calling card, here a useful way of deploying the beauteous Linda Celeste Sims and her stalwart husband, Glenn Allen Sims. Well, they’re stars, and must be kept happy. Stir in some Wayne McGregor, Bill T. Jones, Ohad Naharin, Aszure Barton and David Parsons—most of it second-rate—and you have the season. So why has Battle backed away from his astute impulse two years ago to give his dancers the experience of a truly great choreographer, Paul Taylor? Arden Court may not have looked its very best, but it was better than anything in the immediate surround.

And yet I returned again and again to the City Center—for the dancers, of course. Almost every one of them deserves mention, but there isn’t room here, so let me unfairly single out some of the newer dazzlers: Sarah Daley, Megan Jakel, Akua Noni Parker, Belen Pereyra, Jacqueline Green, Ghrai DeVore, Daniel Harder, Sean Aaron Carmon, Michael Francis McBride. They can’t be back soon enough for me.

Next week: The Trocks. 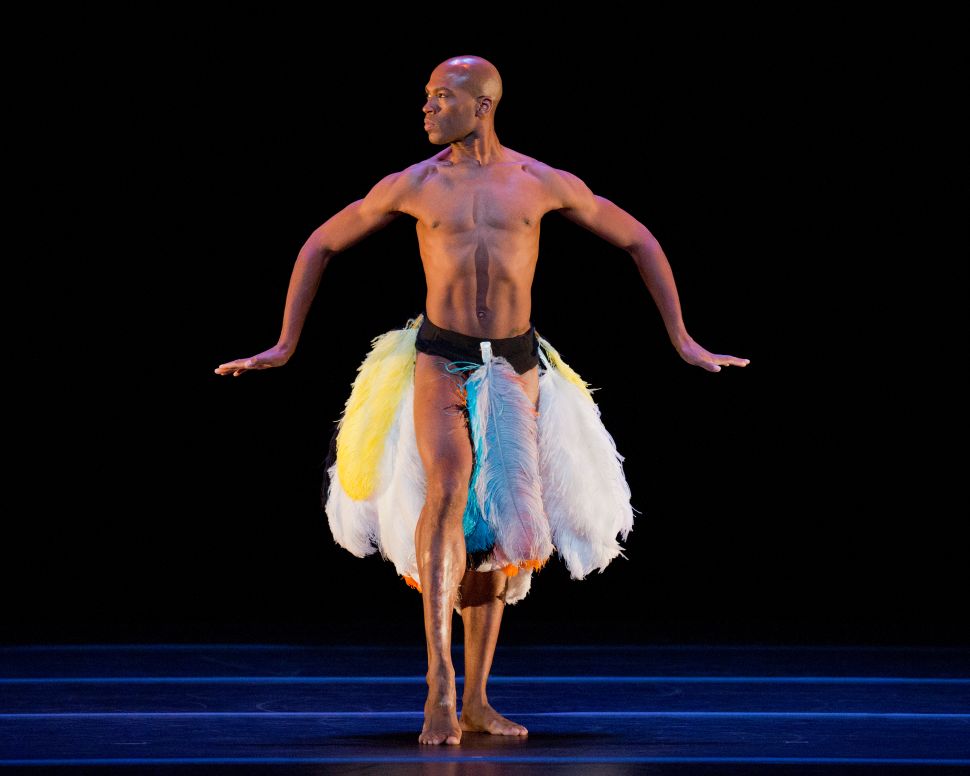