As the New York State Assembly deliberates today to determine whether they are actually ready for a future without Sheldon Silver, one Bronx Democrat is quietly laying the groundwork to take Mr. Silver’s place.

Assemblyman Carl Heastie, the chair of the Bronx Democratic Party, has emerged as a front-runner to succeed Mr. Silver, the speaker who once wielded immense clout in Albany. Now reeling from an arrest on corruption charges and fighting to retain his post, Mr. Silver appears less and less likely to survive to lead his 150-member chamber, opening up the speakership to another Democrat for the first time in 21 years.

Many Assembly Democrats and Republicans have called for Mr. Silver to resign. Democrats are locked in private discussions to decide how exactly they will proceed through a pivotal legislative session.

Mr. Heastie, who would be the first nonwhite and Bronxite to be elected speaker, is jockeying with Assemblyman Joseph Morelle, the majority leader, and potentially Assemblymen Keith Wright and Joseph Lentol. A candidate must secure 76 Assembly votes, a majority, to become speaker, no easy task in a body riven by racial, geographical and ideological divisions.

Mr. Wright, who is black like Mr. Heastie, called for Mr. Silver to resign his post yesterday. Mr. Heastie did not.

Like Mr. Silver, Mr. Heastie is taciturn, shunning extensive contact with the press. Most of his on the record comments are made through a spokesman, Patrick Jenkins, who roomed with Mr. Heastie when they both attended Stony Brook University. (Mr. Jenkins could not be reached for comment.)

Free from the corruption rumors that have dogged some of his colleagues, Mr. Heastie is a cautious legislator and county leader who strains to build consensus, people close to the Bronx Democrat told the Observer. As chair of the Committee on Labor, he has not passed much legislation to attract overwhelming accolades or scrutiny. On his website, Mr. Heastie touts his sponsorship of the Wage Theft Prevention Act, a law that stiffens penalties for employers that steal wages from employees.

Mr. Heastie, however, is no stranger to a power struggle.

In 2008, he helped lead a faction of dissidents known as the Rainbow Coalition or Rainbow Rebels to oust the chair of the Bronx Democratic Party, Assemblyman José Rivera. Mr. Heastie’s group complained that Mr. Rivera, an entrenched power in the borough, was ignoring factions beyond his inner circle. Some grumbled that Mr. Rivera’s family–at the time, a son and a daughter were Bronx elected officials–had too much clout.

After a night of pandemonium that September–supporters of Mr. Rivera stormed a county committee meeting to prevent a vote to remove Mr. Rivera as chairman–Mr. Heastie was eventually crowned the county leader, ushering in a new generation of Bronx power brokers.

One Rainbow Rebel, an assemblyman named Ruben Diaz Jr., would be elected Bronx Borough president a year later. How much of the rebellion was actually Mr. Heastie’s doing is up for the debate; Bob Kappstatter, the former Bronx bureau chief of the Daily News, suggested that Mr. Heastie was elevated to ensure Mr. Diaz had a pliable ally when he eventually attempted to run a race citywide.

Regardless, intraparty squabbles died down after Mr. Heastie’s ascension. The Bronx Democrats, unlike party machines in other boroughs, could finally boast a united front on most issues, even if they didn’t quite turn out “as many bodies as they used to,” in the words of Mr. Kappstatter.

First elected in 2000, Mr. Heastie is not a “punitive” leader, said Councilman Andrew Cohen, a Bronx Democrat close to the county organization.

“I think the big difference between now and the past is the Bronx organization is not a punitive organization. It’s sort of like a mutual aid society,” Mr. Cohen said.

Democrats who challenged county-backed candidates have not been frozen out of the organization, observers say. Councilman Ritchie Torres and Assemblyman Michael Blake, two lawmakers who defeated establishment contenders, are not necessarily party insiders now, but they are not shunned. Mr. Torres enthusiastically joined Mr. Heastie to endorse State Senator Adriano Espaillat’s failed congressional bid a year ago.

“He’s too far-sighted to be vindictive,” Mr. Torres said, describing Mr. Heastie as a “true statesman.” “He keeps his eye on the end game, which is unifying the delegation that he leads.”

For Mr. Heastie, an accountant by trade, the political calculus has not always worked in his favor.

He strongly backed former Comptroller Bill Thompson for mayor in 2013, only to watch Bill de Blasio win the Bronx en route to a dominating victory in the Democratic primary. Mr. Heastie unsuccessfully opposed the new mayor’s pick for speaker, Melissa Mark-Viverito, rallying his Bronx troops around a rival, Daniel Garodnick.

“I’m sure the speaker’s race is under the bridge,” said a labor source who has worked with Mr. Heastie and Mr. de Blasio.

For City Hall, a speaker from New York City to replace Mr. Silver is essential to advance their many Albany-dependent priorities. Mr. Silver was crucial in securing the hundreds of millions of dollars in state funding for Mr. de Blasio’s universal prekindergarten program.

The “man of integrity,” as Mr. de Blasio dubbed him, was a significant counterweight to a Republican-dominated State Senate and Gov. Andrew Cuomo, a centrist Democrat who perpetually frustrates liberals.

Mr. Heastie is no firebrand, but he is close to organized labor and would represent a more palatable option for City Hall than Mr. Morelle, a moderate Democrat close to Mr. Cuomo.

The Working Families Party and other progressive groups, though opposed to Mr. Heastie during the speaker’s race, are desperate to block Mr. Morelle from becoming the permanent speaker, sources say. Nonwhite elected officials are also expected to coalesce around Mr. Heastie at the expense of the white Mr. Morelle.

But Mr. Heastie will also need to find a way to win over younger legislators begging for more transparency and reforms in Albany–i.e., a significant departure from Mr. Silver’s iron-fisted style of governing. Some rank-and-file Assembly members despise Mr. Cuomo and may be wary of Mr. Heastie, who Bronx Democrats are pitching as a bridge-builder between the Assembly and Mr. Cuomo.

“Carl is being seen and sold as an honest guy who goes for consensus and can work well with Cuomo to push the governor’s agenda,” Mr. Kappstatter said.

Outside pressure, particularly from the influential labor unions who have long held sway among the Democrats, grows by the hour.

“It’s important to look at what labor does,” one left-leaning city Democrat explained. “32BJ and 1199 went hard for Melissa Mark-Viverito last year and that angered Heastie but he does have strong ties to labor and will be labor’s candidate.”

This story has been updated to include comment from Mr. de Blasio and Mr. Torres. 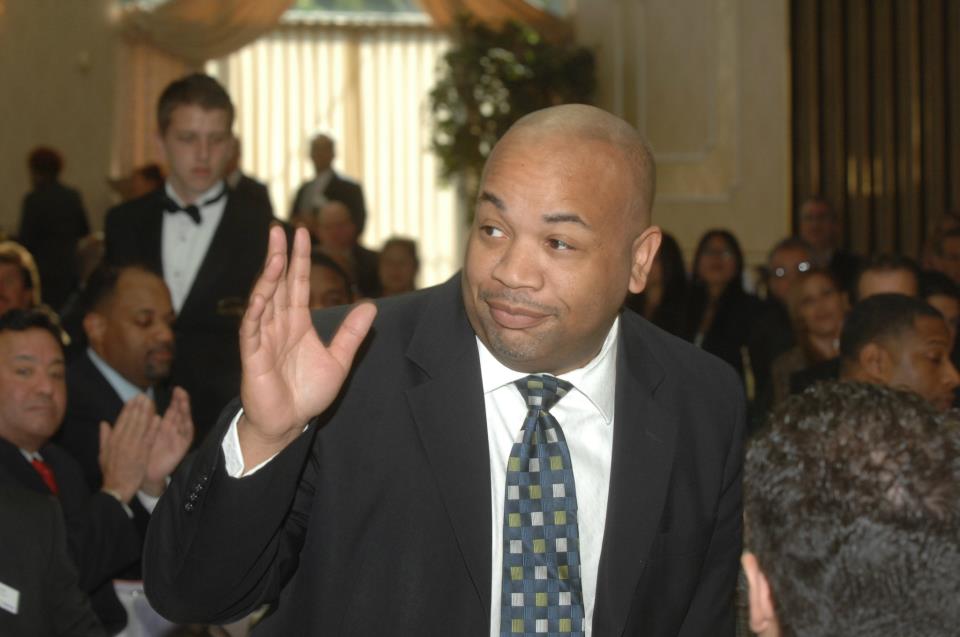