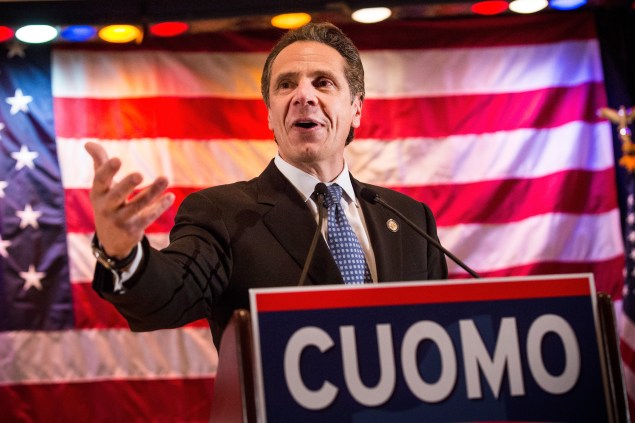 The Democratic governor, who has had a complicated relationship with the liberal Democratic mayor, said during a speech in Rochester today that Mr. de Blasio did not support his plan to infuse Buffalo with a billion dollars for economic development.

“First of all, a billion dollars is a lot of money. It hurts to spend a billion dollars. You don’t get many of those. Second, politically, it was difficult. Why? Because we all love each other, but when one region gets a billion dollars, the other regions notice,” Mr. Cuomo declared while touting his $1.5 billion upstate economic development fund.

A spokeswoman for Mr. Cuomo sought to clarify the governor’s remarks.

“The Governor was being rhetorical, a fact apparent to everyone except the Observer, particularly given that Mayor de Blasio wasn’t even in office when the Buffalo Billion was announced,” Dani Lever said in a statement.

The two Democrats battled last year over whether a new tax should have been imposed to fund Mr. de Blasio’s universal prekindergarten expansion and Mr. Cuomo, a centrist, has waffled on supporting Mr. de Blasio’s more liberal agenda items. More recently in Mr. de Blasio’s rift with the city’s police unions, Mr. Cuomo has sought to play peacemaker while not condemning damning remarks union leaders like Patrick Lynch have made about Mr. de Blasio.

It’s also not clear if Mr. de Blasio has ever weighed in publicly on Mr. Cuomo’s economic development plan for Buffalo.

This story has been updated with comments from the governor’s office.