In the shorthand that is the trademark of bloggers: Elvis has left the building.

A large claim, but not an unreasonable one.

At Oxford, Andrew Sullivan, who today announced his retirement from blogging, earned a first-class degree (equivalent to a summa) in modern history and modern languages while serving as president of the Oxford Union. He won a fellowship to the Kennedy School, interned at Margaret Thatcher’s think tank, won a prize for his Harvard doctoral thesis. At 27, he was named editor of the New Republic.

In 2000, when he first launched a website, he began the habit of frequent publication, writing 300 blog posts a year. This is a crushing regimen for anyone, and perhaps a little harder for a man with both sleep apnea and HIV. But Mr. Sullivan is English, learned and facile—he made it look easy.

Blogging is a specialized skill. You need command of a zillion facts, a genius for argument and a writing style that can inspire, agitate and, when necessary, break hearts. Freed from the tyranny of an editor and publisher, a liberated Sullivan defined blogging as something more exalted than the ranting of an unemployable kid in pajamas—though he shared that kid’s penchant for oversharing. You opened his blog never knowing what you’d find.

Write too much, too quickly, you’ll have regrets. After 9/11, he compared liberals to traitors. He was, in his words, “more bellicose” about the invasion of Iraq than his friend Donald Rumsfeld. Then he saw the photos from Abu Gharib. His bromance with George Bush ended. He endorsed a Democrat for President. He broke with his neocon friends, and they with him.

I got interested in Mr. Sullivan in 2008, when he became obsessed with Sarah Palin. Day after day, he questioned Ms. Palin’s sanity and pressed for clarification about a rumor the media wouldn’t touch: That Trig is not Palin’s son. I’d never seen anyone with a decent reputation risk it all like that.

Mr. Sullivan almost singlehandedly accounted for the traffic on The Atlantic website, was often the best reason to visit The Daily Beast, and at The Dish was the first blogger to raise enough money from readers to hire a staff and step out on his own.

Mr. Sullivan reveres Orwell, and when I think of him—bearded, bald, bombastic and ballsy—I’m reminded of Orwell’s description of Dickens:

When one reads any strongly individual piece of writing, one has the impression of seeing a face somewhere behind the page. It is not necessarily the actual face of the writer…. it is the face that the writer ought to have. Well, in the case of Dickens I see…the face of a man who is always fighting against something, but who fights in the open and is not frightened, the face of a man who is generously angry—in other words, a free intelligence, a type hated with equal hatred by all the smelly little orthodoxies which are now contending for our souls.

It won’t be long before even his detractors miss Andrew Sullivan like crazy. 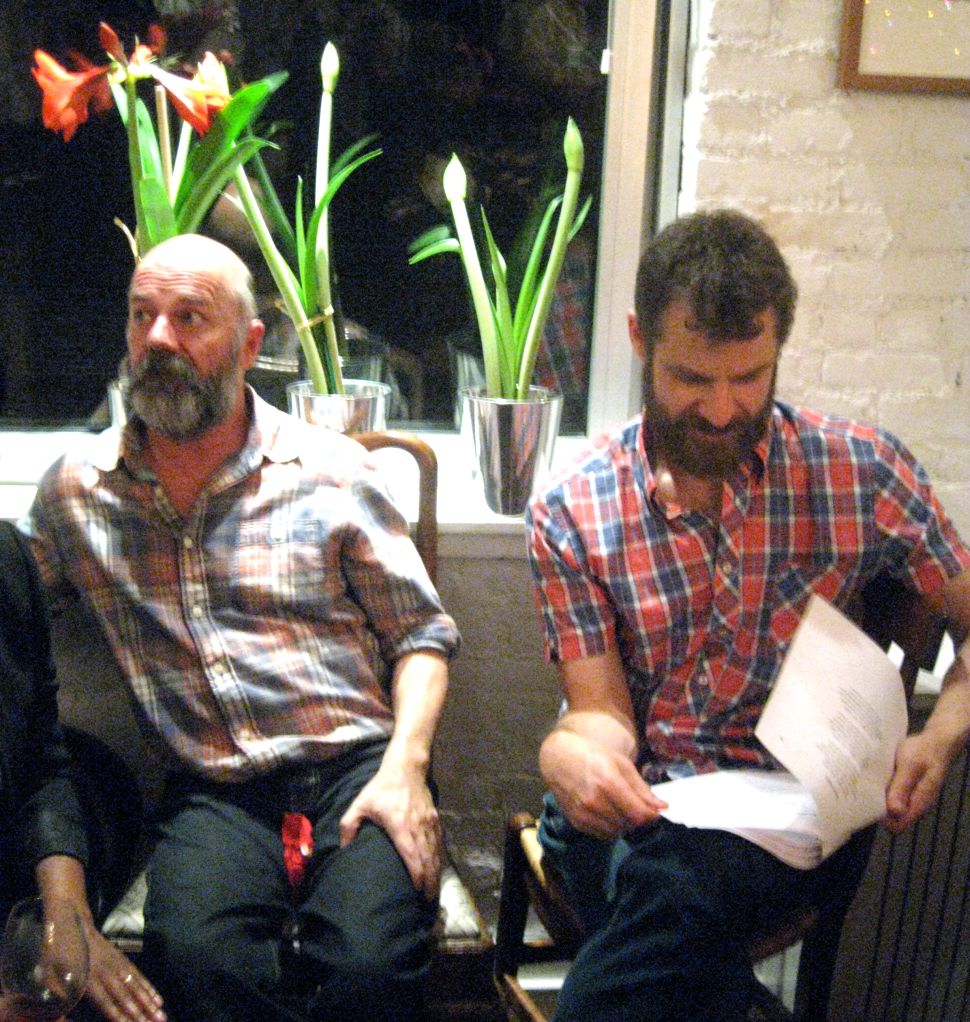