The Charlie Hebdo massacre inspired a flurry of powerful editorial art, including the following cartoons and illustrations. A defiant Victor Juhasz riffs on Eugène Delacroix’s Liberty Leading the People, envisioning an iconic French heroine brandishing a fountain pen as a sword and waving a battle-flag emblazoned with the slogan, “The Terrorists can go fuck themselves.” Syndicated cartoonist Ted Rall, no stranger to death threats himself and often a rhetorical bomb-thrower, draws a moody, foreboding self-portrait with an empty canvas on his desk. Satirist Steve Brodner depicts Euro-Fascist leaders as the poison harvest of a fruit tree. And Sam Henderson deploys a reliable and potent weapon in the cartoonist’s arsenal: humor. 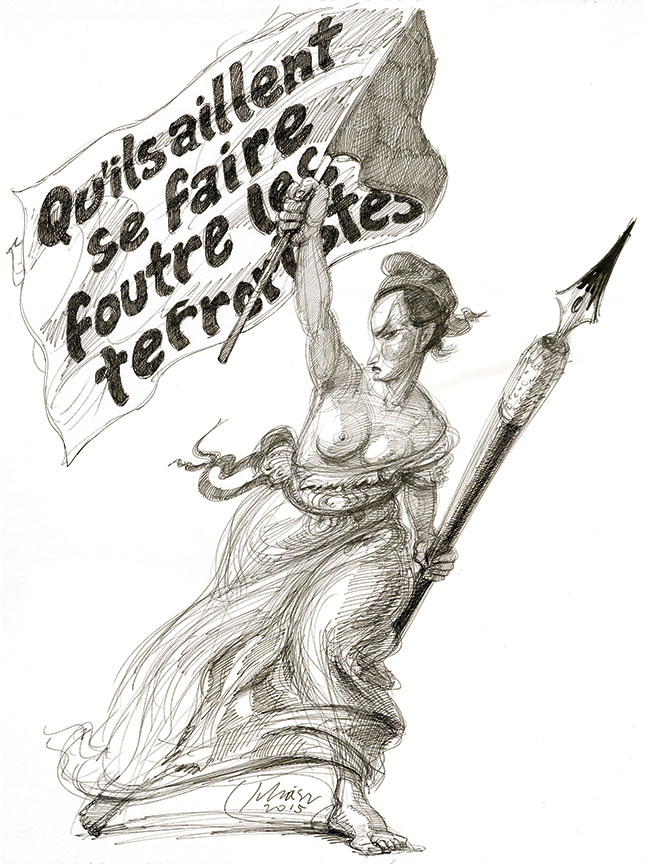