While the media decides whether they are or are not Charlie Hebdo, hactivist group Anonymous is getting started with their own plans for the extremists who attacked the Paris weekly.

A YouTube video, uploaded by a Belgian arm of Anonymous and spoken entirely in French, claims that the group will begin shutting down social media accounts and websites of extremists who in line with this week’s massacre of at the Charlie Hebdo offices.

There’s a Pastebin post circulating that is allegedly linked to the video (in English this time) that says that #OpCharlieHebdo has the defense of journalism and inalieable rights as its first responsibility:

Freedom of speech and opinion is a non-negotiable thing, to tackle it is to attack democracy. Expect a massive frontal reaction from us because the struggle for the defense of those freedoms is the foundation of our movement.

It’s dicey territory, to claim that shuting down social media accounts and closing websites is the way to go about defending free speech, even if the silenced accounts are, without a doubt, promoting violence and hate speech.

Still, the outraged and upset are gathering around the #OpCharlieHebdo hashtag with the feeling that, even when killers are on the loose and that there’s no single, healing act to undo or prevent senseless violence, at least something is being done—even it’s by the scattered efforts of Internet vigilantism:

Thank you #Anonymous for #OpCharlieHebdo. "We are declaring war against you, the terrorists." http://t.co/9DMw3TO1R4

Here is the video in full, if you want to hear what French hackers sound like: 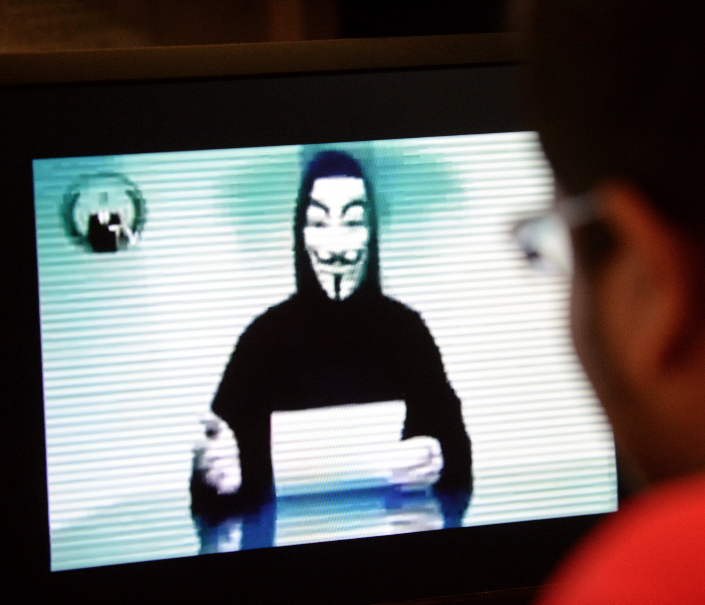