WHY YOU SHOULD SEE IT: Los Angeles artist Jennifer Nocon is taking her cues from the sky these days. And the sea. And just about every other awe-inspiring nugget nature has to offer. “You See Ocean I See Sky” is the artist’s third solo show with Tracy Williams, Ltd. Opening tonight, it fills both rooms of the second floor Chelsea gallery with her most recent ceramic and wool felt sculptures and watercolors on paper, each piece borrowing and blending visual patterns and colors from her nature-filled Southern California surroundings.

The bright and brilliant shades that populate the surface of each work are the connecting thread of “You See Ocean I See Sky.” A triangular felt sculpture titled Backward Bull (2014) in the front room (another color gradient, this time pale yellow to burnt orange) is a color spectrum “completely unique to Los Angeles,” she remarked. This piece, more than any other, is evidence that Los Angeles is the true muse here. The colors appear when the oppressive Southern California sun hits the buildings at sunset. “I’ve never seen it anywhere else,” she said. 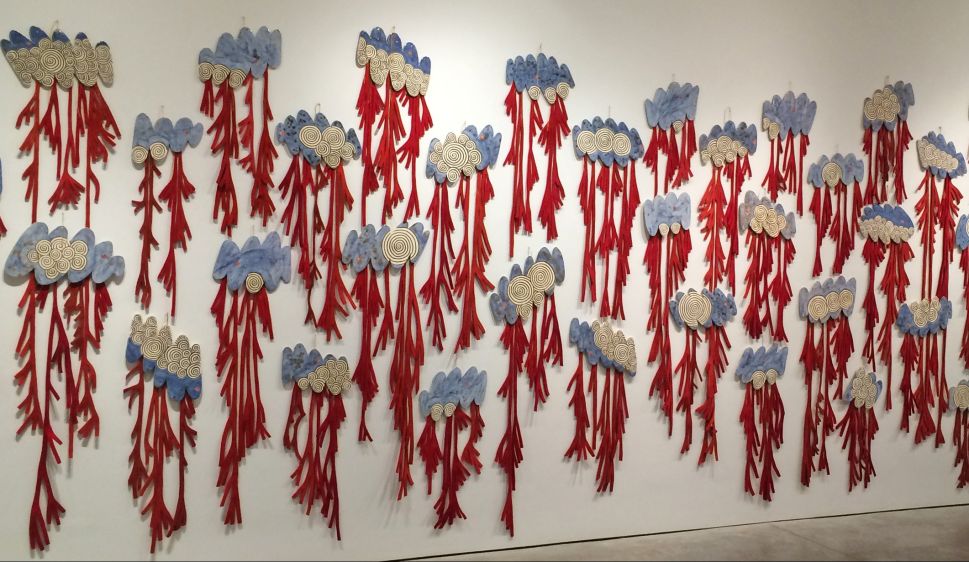