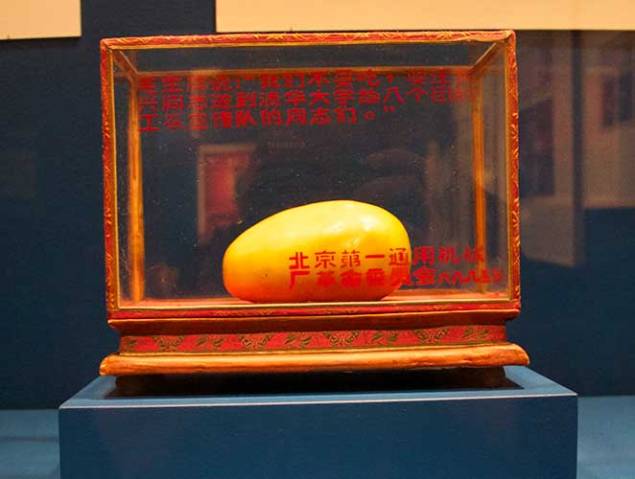 In these dire temperatures, what one needs is a heavy dose of warm-weather fruit. Enter the mango. What a lovely fruit the mango is! And we now have a show at Chine Institute dedicated to the post-war relationship between Mao Zedong’s regime and the wonderful fair-colored fruit that said regime so absolutely adored. Per The Times: “‘Mao’s Golden Mangoes and the Cultural Revolution,’ a China Institute exhibition organized by the art historian Alfreda Murck, perfectly captures the devotional fervor of that moment. And a mere moment it was. Within a year, the fad was over.” [NYT]

Barbara and Aaron Levin are quite informed and savvy collectors of contemporary art, and they live in Washington, D.C.. Good collectors in D.C.—described in the story as “a town ruled by political tribes”—well, that’s a surprise. Such an occurrence is a rare one, as I’ve explored a few times, which makes this interview all the more fascinating. [WSJ]

A British artist went to Brazil to create gigantic Internet-inspired street art that’s been dubbed “GIF-iti.” Apparently you can see it from space, which makes it the only bad thing about getting to go into space. [The Telegraph]

Exciting art sprouts in Brussels! “Those expecting to find an eclectic mix of objects at the Brussels Art Fair (Brafa) will not be disappointed. Taxidermy (old and new), Chinese ancestral portraits, Hergé cartoons, Tibetan carpets, maiolica busts of Roman emperors, Art Deco furniture, Medieval tombstones, tribal masks and bronze turtles by the contemporary Belgian artist Jan Fabre is just a small sampling of works on offer at the Belgian event, which is celebrating its 60th anniversary this year.” [The Art Newspaper]

If you were wondering when the words “Bill” and “Clinton” would be mentioned in a Scene & Herd post about the art world in Kosovo, I can now tell you. They are words three and four. [Artforum]

“Forget the MoMA. Some of the city’s most exciting new art exhibitions are on display at your nearest neighborhood skyscraper.” Forget the MoMA. Look at skyscrapers. Probably won’t do that, but thanks! [The New York Daily News]

And here’s a wonderfully servicey piece about how to buy something at the Old Masters sales if you can’t afford that $80 million Warhol. Happy hunting. [Bloomberg] 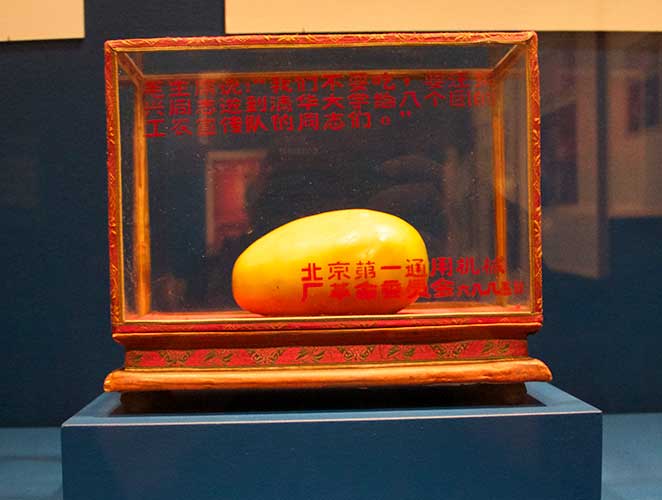