The wildly praised hit that is “Henri Matisse: The Cut-Outs” is ready for its close-up. “Matisse From MoMA and Tate Modern” follows the exhibition’s transatlantic journey and impact on both sides of the pond. “We want to show the exhibition as well as we possibly can to the audience who can’t get there,” the director Phil Grabsky told The Wall Street Journal. “But the audience is mixed: people who know a lot about art and people who know absolutely nothing. I want them both to feel equally satisfied.” A movie for people who know “absolutely nothing” about art, perfect. [WSJ]

Tasmanian devils department: “The Australian gambling magnate and museum founder David Walsh is hoping that the New York-based artist and architect Vito Acconci will transform the urban landscape of Hobart, the Tasmanian capital, with a radical new piece of public architecture. But there has been a mixed response to the move from local architectural and heritage experts.” [The Art Newspaper]

“Oil sketches are the Twitter of 18th-century painting,” writes Randy Johnson in a story about “Exploring France: Oil Sketches From the Thaw Collection” at the Morgan, “dashed off sometimes in mere minutes to capture a fleeting idea or a quality of light that would be gone forever with the next cloud bank.” Couldn’t you say the same thing about leads to art stories that randomly make reference to Twitter? [NYT]

Oh but there’s still some joy to find in this bleak, cold January Monday morning: Banksy gave a painting to a kid on the train in London. It turns out that the kid hadn’t even heard of Banksy, but when he went home, he looked him up, and realize what he had just lucked into. But even though he’s probably $30,000 richer, he also is now aware of the existence of Banksy, so it’s kind of a wash. [The New York Daily News]

A quick explainer on how the Swiss are developing protocol for reclaiming art looted by Nazis, in light of the Cornelius Gurlitt stash. [The Boston Globe]

And here’s a piece that ran in the opinion section of the Sunday Times, by the longtime political cartoonist Tim Kreider, who offers some tough truths about how we regard the arts in this country: “The only time art ever seems to make news here in the West anymore is when a Pollock or Warhol sells for a sum commensurate with the budget of a ‘Transformers’ film. It seems bizarre, then, to find ourselves grappling with international crises in which art is the issue: the imbroglio involving the Sony movie “The Interview,” the massacre at Charlie Hebdo in Paris.” [NYT] 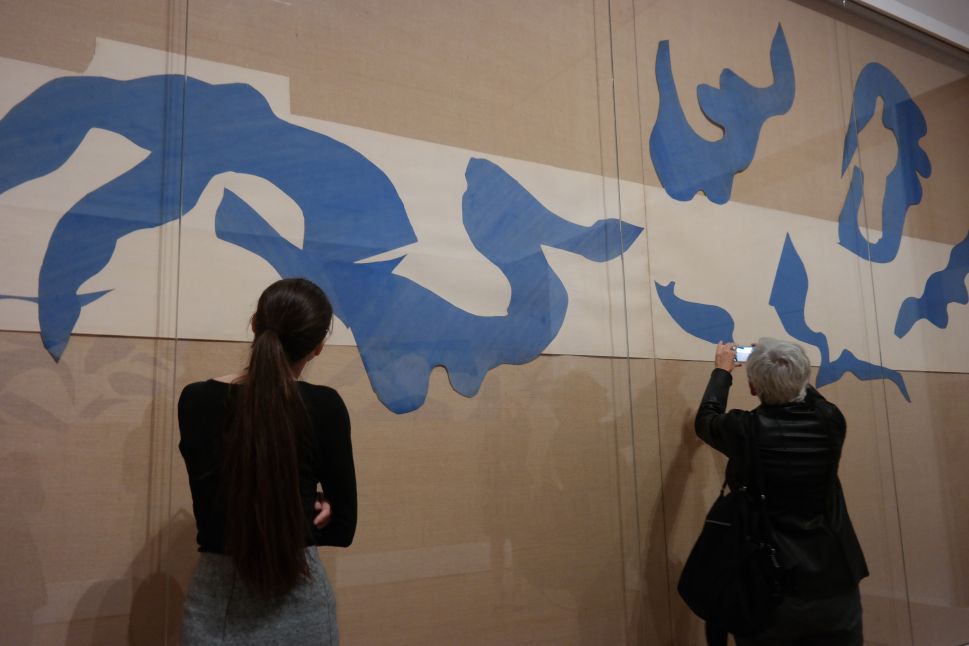