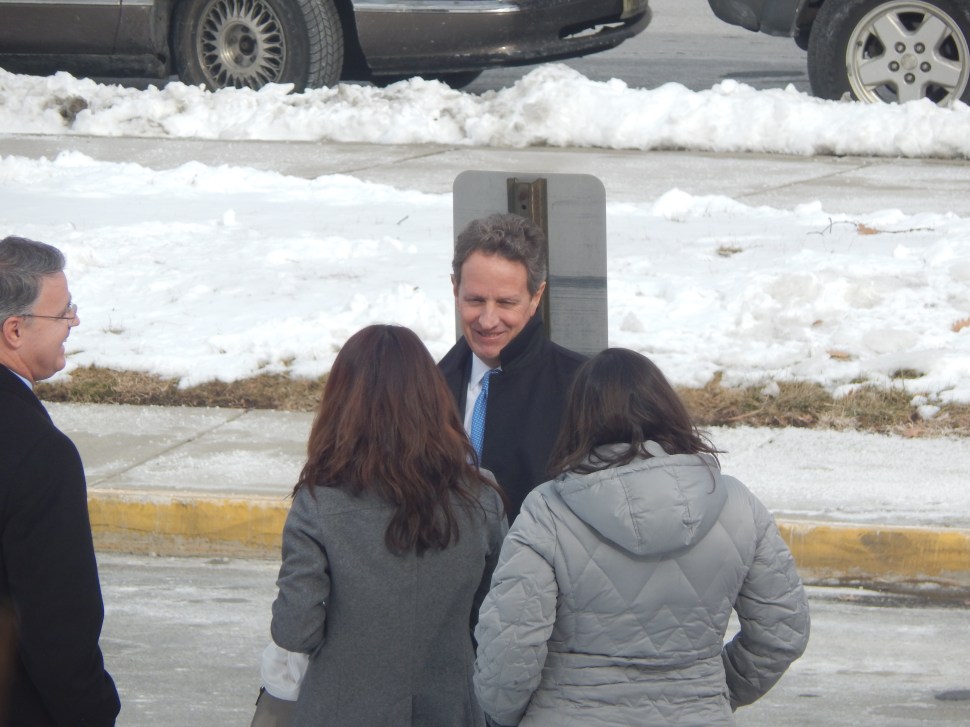 TRENTON — Former U.S. Secretary of Treasury Timothy Geithner gave testimony at a meeting of the New Jersey State Investment Council this morning, telling panel heads that the U.S. is in a good position to benefit from the ongoing economic growth in developing countries around the world.

Geithner, who now servers as president of private equity firm Warburg Pincus, which counts New Jersey as a client, fielded questions from the panel about how the economic situations of countries like China and Russia might affect the U.S.’s own economy.

“I think there is a reasonable basis for believing that we’re still at the early stage of what’s likely to be a long period where average growth in most emerging economies is still two or three times growth of major economies,” Geithner said. “And that won’t be smooth and continuous, it will be volatile and uncertain, but most of economics would support the judgement that that long arc of relatively rapid growth is — we’re in the late beginnings of that basic process.

Geithner said emerging markets in place like China and other developing countries are collectively responsible for a much larger share of world GDP, so even if they’re not seeing that same growth that they did two decades ago, they could still have significant effect on overall growth rate.

He granted that many of the markets face “complicated politics” and other risks — China, for example, boasts a communist government and capitalist economy — but are likely to grow on average over the next several years.

“And that’s very important for the United States, because another feature of our relative fortune is that we will be in a position to benefit from that,” he added. “We are very good at producing the things they need, as their economies grow and as their middle class gets larger and as their incomes increase.”

Geither did not specifically address New Jersey’s economic situation, which currently faces a myriad of financial issues. The State Investment Council oversees its pension and benefit fund, which has seen its unfunded liabilities grow to more than $83 billion in recent years. Lawmakers and Gov. Chris Christie are also scrambling to find funding for a financially-depleted Transportation Trust Fund, which pays for major transportation infrastructure improvements in the state.

Geithner served as secretary of the U.S. Treasury under President Barack Obama from 2009 to 2013, when he stepped down to enter the private sector.

“If you don’t spend more to improve infrastructure you can ask yourself: Are you really saving money?” Geithner said

Later pressed by panel chairs about the economic climate at home, Geither said workers continue to face challenges in a modern economy, including low wages and long hours. He called the story of the American worker over the last 30 or 40 years a “sad and tragic example of the pressures that modern technology has had on wages in the United States.”

However, he was quick to note the gains the U.S.’s own economy has experienced over the last few months, including a decline in unemployment and growth in manufacturing.

“I think you could say in years past that’s worked against us, but at the margins now it’s working for us.” 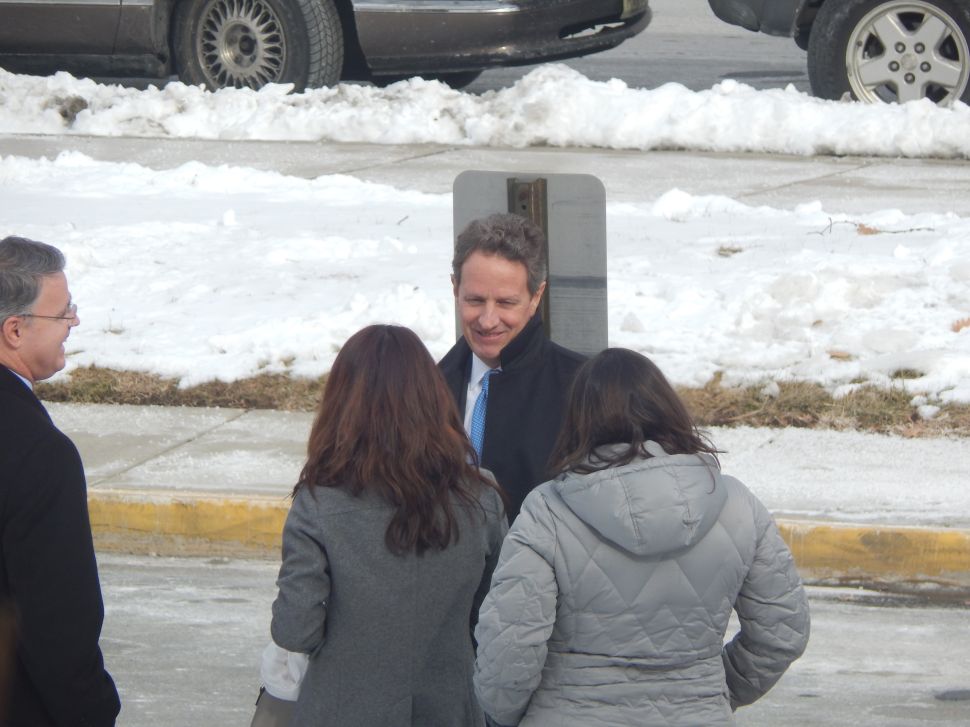