One of the most eye-opening examples of willful blindness is Alex Gibney’s array of confessionals in the powder keg documentary Going Clear: Scientology and the Prison of Belief. It’s a deeply sobering look at L. Rob Hubbard’s modern self-help movement and how its shrewd and aggressive reclassification as a religion in 1993 finally helped it avoid paying the IRS nearly $1 billion in back taxes—despite compelling evidence that the organization is structured mainly to squeeze money out of its followers and then hold them hostage with deep files of personal confessions told in confidence but exploited with aplomb at the first sign of doctrinal transgression.

The revelations in the film, based on the 2013 book by Lawrence Wright and featuring more than a half-dozen high-level ex-members, will not necessarily be new to audiences who have, over the past two decades, even casually followed news reports on Scientology practices (physical abuse to their members, harassment of those who speak to outsiders, billion-year contractual agreements) as well as gossipy and sometimes illegal private-life shenanigans of poster boys such as John Travolta and Tom Cruise (accused of wiretapping Nicole Kidman’s phones and shown saluting a portrait of Hubbard at an arena-filled Scientology rally).

But the real value is having so much of the material compiled into one authoritative film that has been thoroughly researched (HBO reportedly had 160 lawyers vet the material). Gibney ends the film revealing that the church is now valued at more than $3 billion despite a dwindling membership of less than 50,000 people. Hard to justify tax-exempt status with those kinds of numbers.

Another great study of reality disconnect is Anna Boden and Ryan Fleck’s latest drama, Mississippi Grind, a beautifully thoughtful character study of two wayward gamblers for whom delusion is simply the oxygen they breathe. Ryan Reynolds strikes up a poker-table friendship with down-and-out Ben Mendelsohn in Iowa, and the first sparks of good luck make them convince each other that fate has decreed a winning streak for them both that requires a road trip down to a high-stakes card game in New Orleans. The drama, laconic and light on plot, is still crafted with such precision and texture that there’s never a wasted word or glance. And no matter if they win or lose, in gambling, in love, in life, the outcome is simply gut-wrenching.

“I really want this film to stick out,” says Canadian filmmaker Maddin, at Sundance for the first time in a decade and who, for more than a quarter of a century, has used old film techniques and equipment to craft a body of work that looks like a kaleidoscopic treasure trove of lost celluloid illusions. In an odd confluence of events, Mr. Maddin’s ode to outdated photochemical aesthetics, made completely digitally, is also showing at the very first edition of Sundance where not one feature will be shown anywhere on 35mm. (Full disclosure: there is, technically, a 16mm hand-painted avant-garde short playing this week; but otherwise the fest is all-digital all the time).

“It’s in the past,” Maddin says, very matter-of-fact. “Why should you pretend to be making films in another era?” But, after an entire career of movies that look like they were made in another era, isn’t that what he’s doing? “I don’t know what I’m doing. It’s up to you to tell me.” 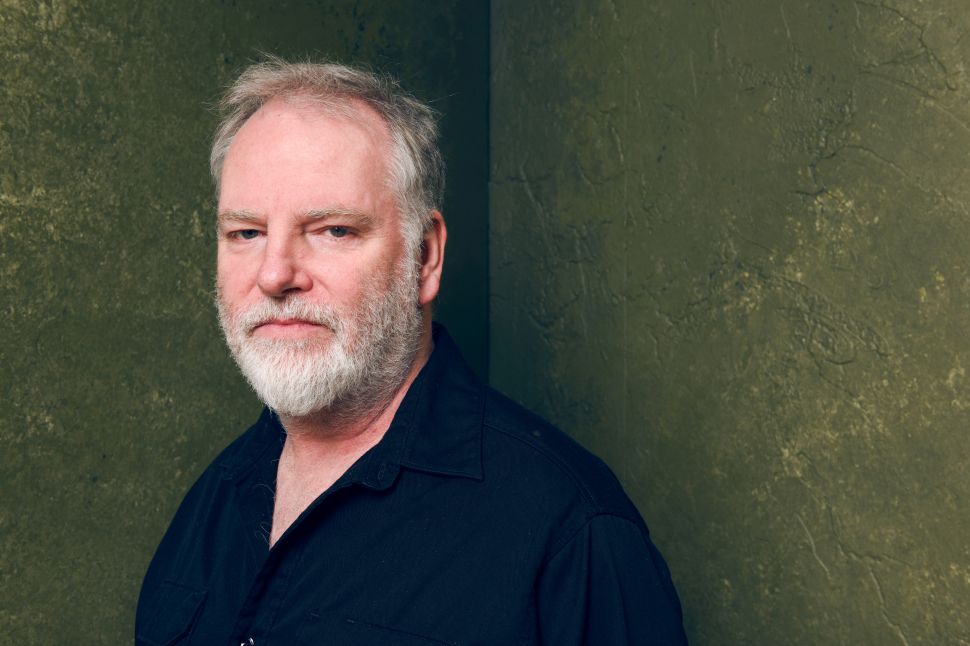