President Barack Obama tonight hailed the late former Gov. Mario Cuomo as a “determined champion of progressive values” and an “unflinching voice” for tolerance and fairness.

“An Italian Catholic kid from Queens, born to immigrant parents, Mario paired his faith in God and faith in America to live a life of public service–and we are all better for it,” Mr. Obama said in a statement. “He rose to be chief executive of the state he loved, a determined champion of progressive values, and an unflinching voice for tolerance, inclusiveness, fairness, dignity, and opportunity.”

Mr. Obama said that Cuomo, who died this evening at 82, showed that Americans are “bound together as one people, and our country’s success rests on the success of all of us, not just a fortunate few. ”

“Michelle and I extend our deepest condolences to Mario’s wife Matilda, his children, Governor Andrew Cuomo, Maria, Margaret, Madeline, and Chris, and his family, friends, and New Yorkers who loved him dearly,” the president added.

Cuomo, a towering figure in Democratic circles when he served as governor from 1983 through 1994, is the father of current Gov. Andrew Cuomo. The elder Cuomo was a leading liberal in the Republican-dominated 1980s and flirted with several presidential bids.

Cuomo is perhaps most remembered on the national stage for a stirring speech defending progressive values that he delivered at the 1984 Democratic National Convention. 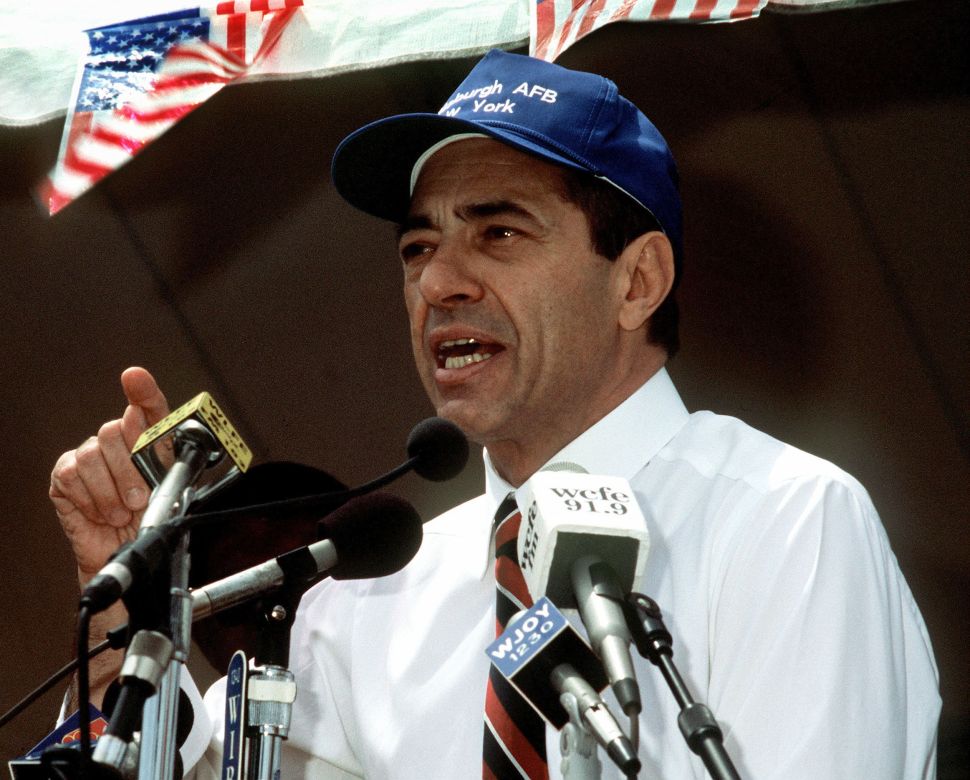