NEWARK – In the wake of this week’s announcement that New Jersey Gov. Chris Christie is creating a political action committee geared toward a 2016 presidential run, the mayor of New Jersey’s largest city assessed Christie’s chances in an increasingly crowded and competitive GOP field.

“Jeb Bush and Mitt Romney are big players. They’re going to raise a lot of money. Maybe [Christie] will go up the middle. Who knows?” said Newark Mayor Ras Baraka at a Wednesday night town hall meeting at the Azores Social and Sports Club in Newark’s Ironbound neighborhood. “If he wants to run for president, he needs to raise some money, so I don’t have any problem with him raising money.”

Baraka went on to press any of the potential 2016 Republican presidential candidates to not forget America’s cities.

“Anybody running for president should focus on the inner cities, period. These cities represent over 70 percent of America’s GDP. The country is turning toward the cities,” Baraka said. “If we don’t fix these cities, then America is not going to go forward.”

Baraka then examined some of Christie’s recent travels, and offered the governor some advice about how to go forward in the critical weeks ahead.

“Maybe that’s why he was at the Dallas Cowboys game – he’s trying to raise his profile,” said Baraka with a smile. “He’s in the game as long as he doesn’t take any cues from the Cowboys.” 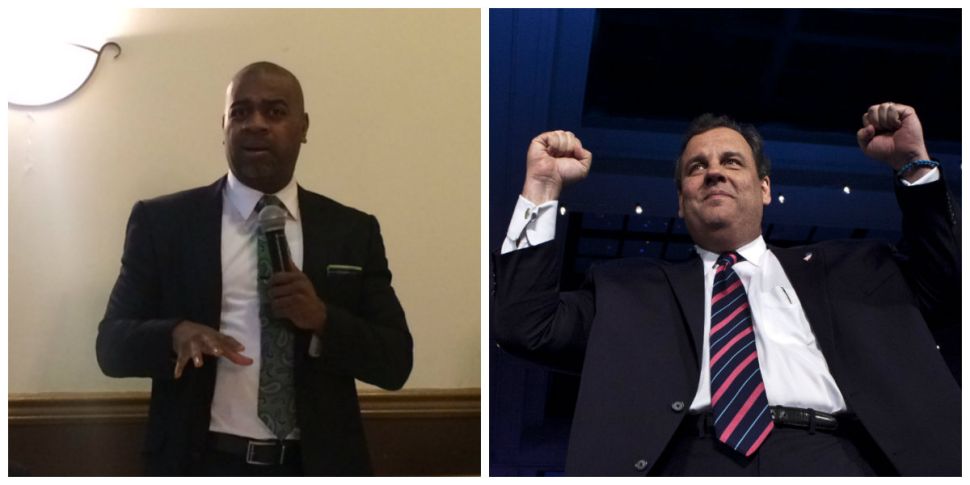