Just in time for Shabbos, the super lawyer Alan Dershowitz and the PR big Ronn Torossian have issued a joint statement that puts their differences—differences that had played out on the virtual pages of the Observer—behind them.

Alan Dershowitz, the Harvard professor known for defending high-profile clients like Claus von Bulow and Mike Tyson as well as for his full-throated advocacy on behalf of Israel, was accused in legal papers of being involved in some nastiness regarding Jeffrey E. Epstein, the convicted sex offender who was friendly with many bold-faced names.

On Jan. 5, Observer columnist Rabbi Shmuley Boteach wrote a full-throated defense of Mr. Dershowitz entitled “Where are the Jews to Defend Alan Dershowitz?” Rabbi Shmuley made the point “I believe Mr. Dershowitz, and not just because he denies it. Rather, it would seem that if any of this happened the woman in question would seek criminal charges against Mr. Dershowitz, or at the very least civil damages. She has not. Rather, she has implicated him in a civil suit against someone else.” In his column, which has been shared more than 10,000 times, Shmuley took Jews to task for not rushing to defend Mr. Dershowitz, who completely denies the accusation. “Where are the Jewish leaders to rise to Mr. Dershowitz’s defense? Here is a man of sterling character who has been a champion of the Jewish people and Israel his entire life.”

Three days later, the owner of 5WPR Ronn Torossian, also highly active in Jewish life, dissented in the Observer. In a column called “Defending Alan Dershowitz Is Not a Jewish Issue,” Mr. Torossian stayed away from the accusations themselves but strongly expressed his view that Mr. Dershowitz’s predicament had nothing to do with his advocacy for Israel, and suggested that that advocacy wasn’t as effective as others believe.

“As CEO of a major independent PR Agency, I find his claims, as well as those of his supporters on these pages implying that accusations against Dershowitz are about Anti-Semitism, or are somehow a Jewish issue, to be absurd. Whether they are found to be true or not, this is simply not a Jewish issue.”

Mr. Dershowitz responded forcefully. He went on Zev Brenner’s radio program on WSNR and accused Mr. Torossian of “lying through his teeth” and of having a personal vendetta against him. In a letter to the Jewish Week, Mr. Dershowitz wrote that “Torossian has an undisclosed motive for attacking me” and in an email to the Observer said that “The story is riddled with errors by a writer with an ax to grind.” (Mr. Dershowitz was correct that at least one factual point was wrong, which the Observer corrected promptly and fully).

That’s where things stood—two angry Jews who love to argue and are good at it, irreconcilable. Until today.

This morning, the Observer received a joint statement from both men. Like a country duet, first a solo line from each and then in harmony.

Alan Dershowitz: “I responded in anger to what I believed were inappropriate comments by Ronn Torossian and I withdraw any comments that were hurtful.”

Ronn Torossian: “Alan Dershowitz has worked his entire life for Jewish interests and his deep love for Jews and Israel is clear.”

And then together, “While we have political differences, we agree that both of us have legitimate points of view and demonization is inappropriate,” said Alan Dershowitz and Ronn Torossian.

Asked how this truce was brokered, Mr. Torossian credited his longtime spiritual mentor. He told the Observer, “Rabbi Avi Weiss is a close friend of both of ours and mediated private discussions which resulted in the joint public statement.”

The founder of Chassidism, Rabbi Yisrael Baal Shem Tov, lost his father, Rabbi Eliezer, at the age of five. The last thing Rabbi Eliezer said before he died was, “Yisrolik, fear nothing but G-d alone. Love every single Jew, without exception, with the full depth of your heart and with the fire of your soul, no matter who he is or how he behaves.” 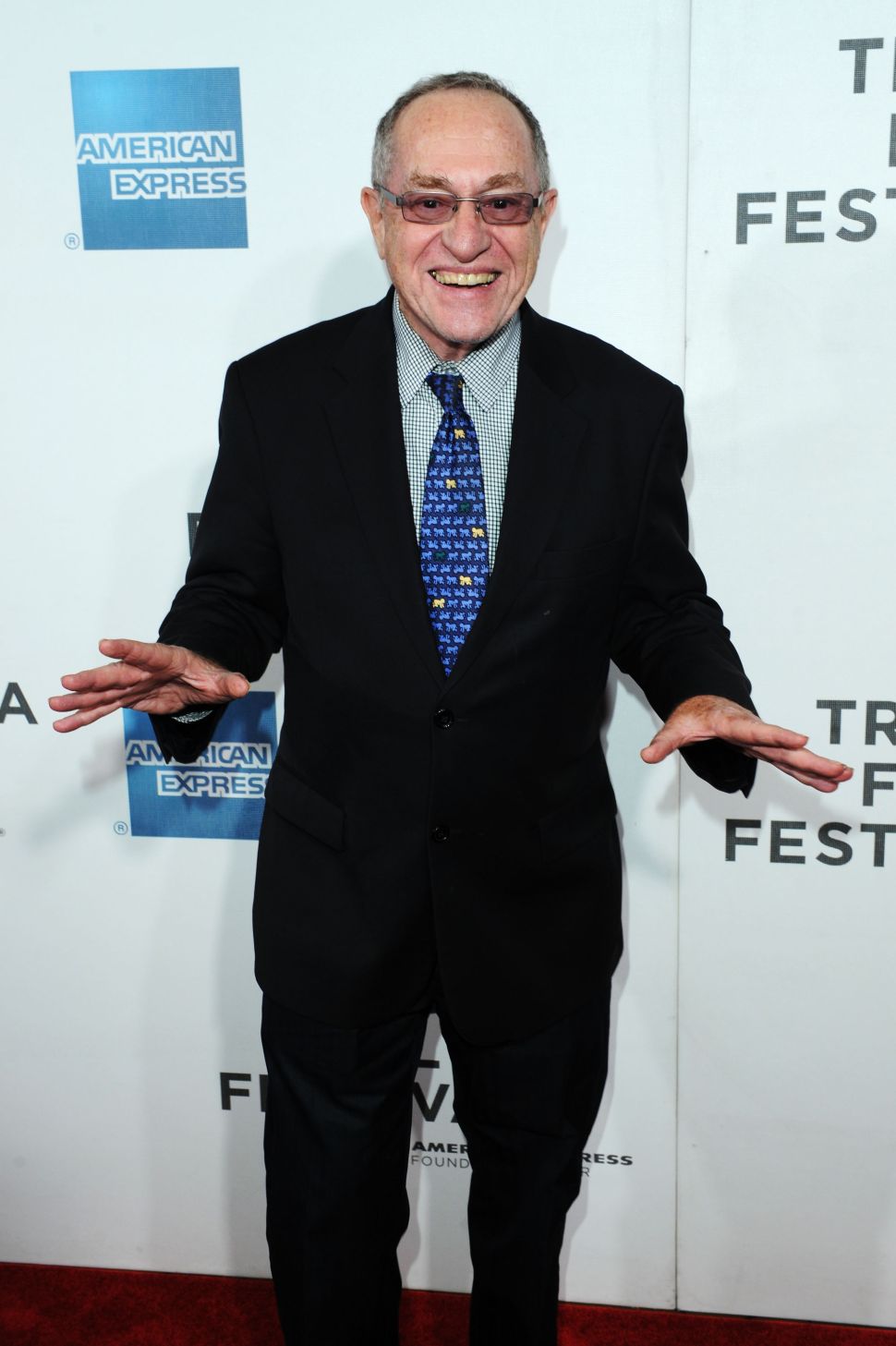