Last week, as Donna Olshan’s luxury market report noted, real estate brokers notched 32 contracts in Manhattan worth $4 million or more, yet another new record for the high-end market in our highest and ever higher-end borough. Driving up that total, though, was 20 East End Avenue, a new prewar-style building designed by (who else?) Robert A.M. Stern, which has at times been touted as an affordable alternative to the city’s more unreasonably massive domiciles, and which reported six new signed contracts.

These, however, began for condos asking $4.6 million, of which you would need more than a half-dozen to add up to the number one contract of the week, for a 71st-floor corner unit at 25 Columbus Circle that was listed with Robert Browne, Maria Pashby, Chris Kann and Joanna Pashby, of Brown Harris Stevens, for $35 million.

The deed remains, for the time being, with the seller, Jeffries Capital Partners founder, Roy Furman, who is a vice chairman of Lincoln Center and a Tony Award-winning producer several times over. (Mr. Furman boasts Tonys for A Raisin In the Sun, War Horse and The Book of Mormon, among others; he is also the producer for The Curious Incident of the Dog In the Night-Time, which is currently on stage.)

Mr. Furman’s apartment, which he bought as a sponsor unit in 2006 for $9.89 million, would likely suit one of his stars well, who, we have to guess, probably have greater needs for capacious wardrobes than their producer. Off an “exquisite” study, the condo sports a dressing room outfitted with “ecru raw silk custom fitted closets with a dressing table.” But the real draw here are the walls of glass that look out, from the library and dining rooms (yes, plural, and adjacent) on the Hudson River, and from the master suite and great room, over the Park. The pad is configured at present with just two bedrooms in its nearly 4,000 square feet, but we imagine that number could grow with a little rearranging.

There is, anyway, certainly a lot of material to work with. 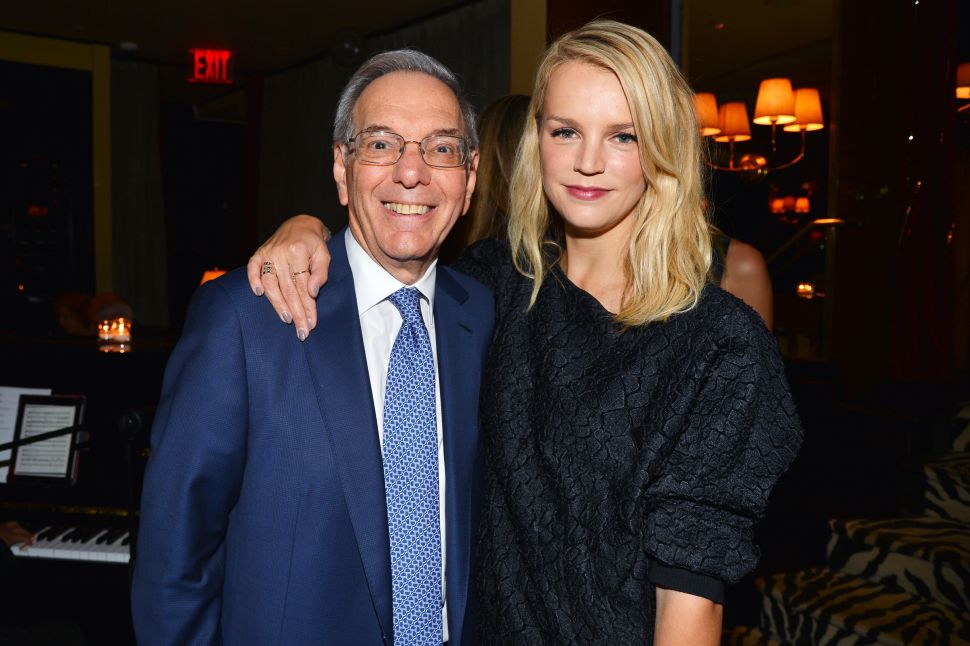