Affirming a new hard line he has taken against elements of the anti-police brutality movement, Mayor Bill de Blasio said today anyone who “denigrates” the NYPD is “disgusting” and “unacceptable.”

Mr. de Blasio, accused by police unions and conservatives of not sufficiently supporting the police, urged the thousands of people planning to take part in Martin Luther King Day marches to follow the reverend’s example and resort only to nonviolence.

“Anyone who thinks we need to make changes in our society should express that peacefully and respectfully,” Mr. de Blasio told reporters at an unrelated press conference in Brooklyn. “But anyone who uses hate speak, anyone who denigrates our officers, anyone who is negative and threatening to our officers–first of all it’s wrong, it’s disgusting, it’s unacceptable.”

“But second of all, if they actually believe in what they’re saying they want to change, that’s not how you change it,” Mr. de Blasio continued. “It is up to people who believe in change, if they see people using that language, disassociate from them. If see people in any way, shape or form planning violence towards a police officer that needs to be reported immediately and interrupted.”

Mr. de Blasio, under fire since he expressed sympathy for the protest movement and said that he told his biracial son to take caution when dealing with the NYPD, insisted today he has been consistent since thousands of protesters blocked traffic after grand juries failed to indict white police officers in the deaths of Eric Garner and Michael Brown, two black men.

“There is a small group that has been disrespectful, that has been disruptive on purpose, that don’t want to see things work, that would actually like to see all of our efforts fail and their politics is a more destructive politics,” Mr. de Blasio. “But I don’t like when that small group is used to paint what is tens of thousands of people that actually comported themselves properly.” 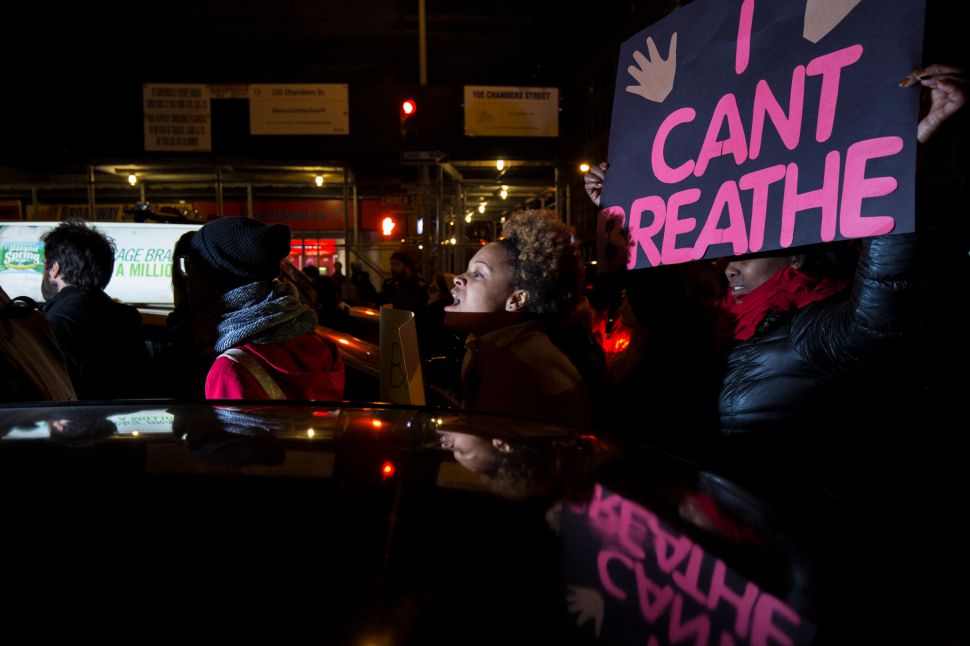