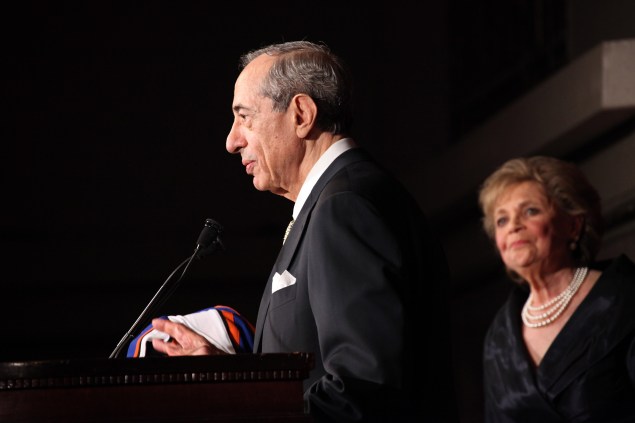 “Tonight, New York has lost a giant. Mario Cuomo was a man of unwavering principle who possessed a compassion for humankind without equal,” Mr. de Blasio tweeted tonight.

Like the elder Cuomo, who served three terms as governor of New York in the 1980s and 1990s, Mr. de Blasio is a Democrat and unabashed liberal. Mr. de Blasio scored Mario Cuomo’s endorsement when he ran for public advocate in 2009, campaigning on the theme of eradicating income inequality that the former governor often highlighted.

The “tale of two cities” slogan that Mr. de Blasio repeated throughout his successful campaign for mayor in 2013 was first brought to prominence by the former governor during a stirring speech at the 1984 Democratic National Convention. Mr. de Blasio, in a statement released after his tweet, said flags, already lowered for the death of two NYPD officers, would remain half-staff until February.

“He was a man who campaigned with poetry and governed with beautiful prose. He was a man who always stood for what he believed in, no matter what challenges were before him,” Mr. de Blasio said. “He taught us how the family of New York—and indeed the family of Americans—must always support those most in need of help. And he was a leader who always brought New York State to a better place.”

“Mario Cuomo was a remarkable man and a gifted speaker whose renowned speeches and countless contributions to New York will leave a lasting legacy throughout our great state,” she added.

The former governor, 82, died just hours after his son was inaugurated for his second term as governor. Cuomo, a towering figure in New York and national politics, made his last public appearance at the younger Cuomo’s victory party in November. 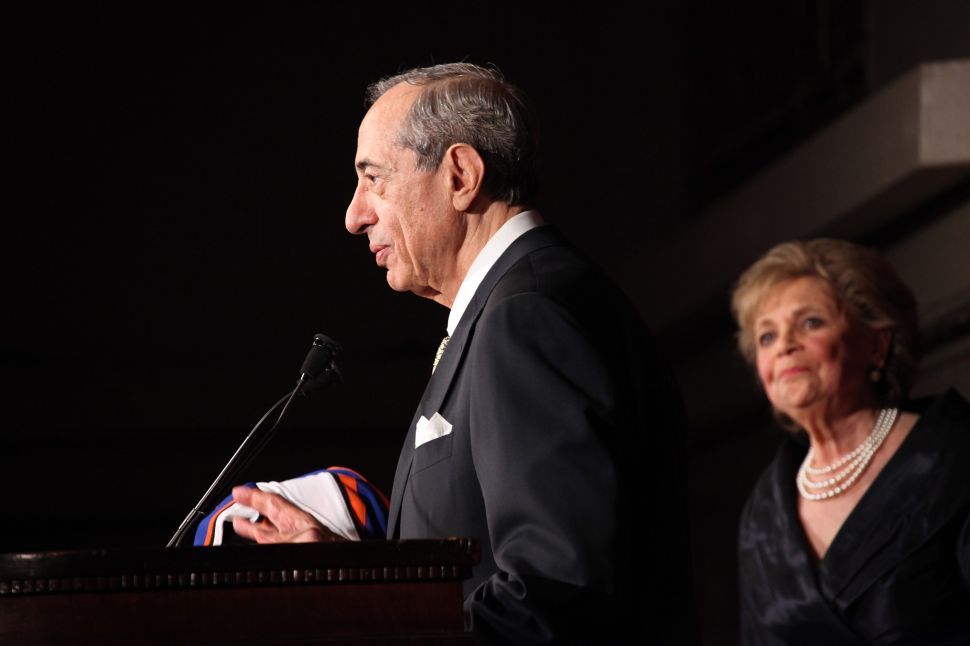