Mayor Bill de Blasio told reporters today that he is “looking forward” to a Democrat taking over the Staten Island and Brooklyn-based seat of former GOP Congressman Michael Grimm, who formally stepped down on Monday.

Speaking at a Brooklyn school just blocks away from the area Mr. Grimm represented, Mr. de Blasio lamented Mr. Grimm’s decision to maintain his innocence on 20 federal charges throughout his re-election bid last year, only to plead guilty to one count of tax evasion in December. The mayor cited party loyalty as his reason for eagerly anticipating a Democratic takeover of the historically Republican district.

“I think we’ve all felt for a long time we were waiting for the other shoe to drop, and sometimes where there’s smoke there is fire. Now I just wish that the congressman had taken responsibility a lot earlier,” Mr. de Blasio said. “But that being said, you know, obviously, I’m a Democrat, I’m a proud Democrat, I hope a Democrat wins that seat, and I’m looking forward to that.”

Mr. de Blasio said there was a possibility that he would campaign for the Democratic candidate who seeks to succeed Mr. Grimm.

“I don’t have a plan to at this moment, but I might,” he said in response to a reporter’s question.

Mr. de Blasio endorsed Mr. Grimm’s Democratic opponent, former Brooklyn Councilman Domenic Recchia Jr., last year and even lent one of his top staffers, Jon Paul Lupo to the challenger’s campaign. Mr. Grimm, in turn, used the endorsement to his advantage, capitalizing on Mr. de Blasio’s unpopularity in Staten Island and accusing Mr. Recchia of being a “puppet” for the liberal mayor in a campaign ad.

Gov. Andrew Cuomo has yet to call a special election to fill Mr. Grimm’s empty seat, and no Democrat has yet been chosen to seek it. Staten Island Democratic leaders, who are responsible for selecting the candidate in a special election, have told the Observer they intend to recruit Assemblyman Michael Cusick to seek the position. Former Congressman Michael McMahon—the only Democrat to hold the seat in the past 30 years, and whom Mr. Grimm defeated in 2010—told the Observer he is also “seriously thinking” of running again.

On the Republican side, Staten Island District Attorney Daniel Donovan and Assemblywoman Nicole Malliotakis have indicated their interest in running to replace Mr. Grimm. 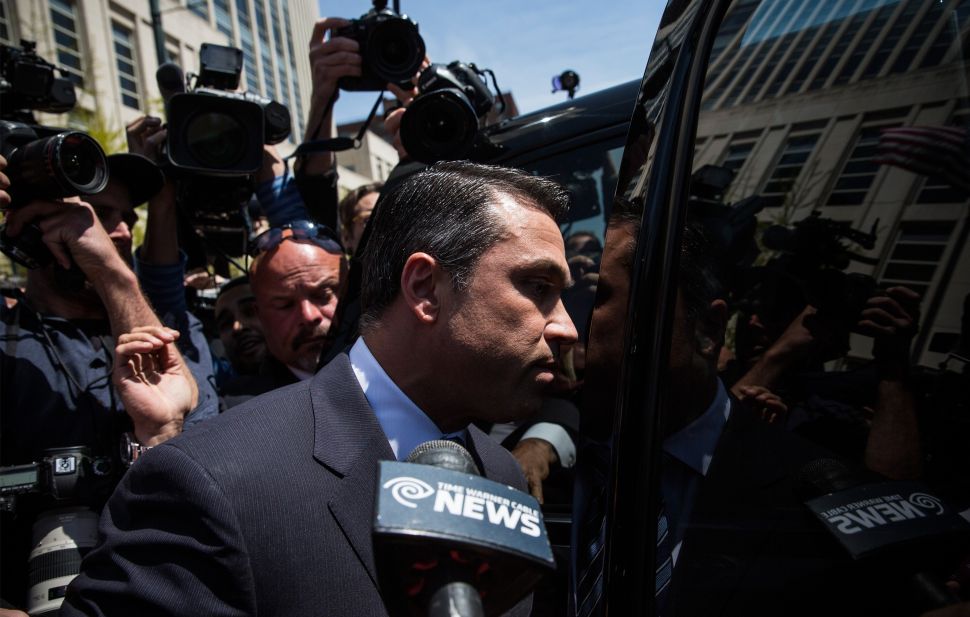