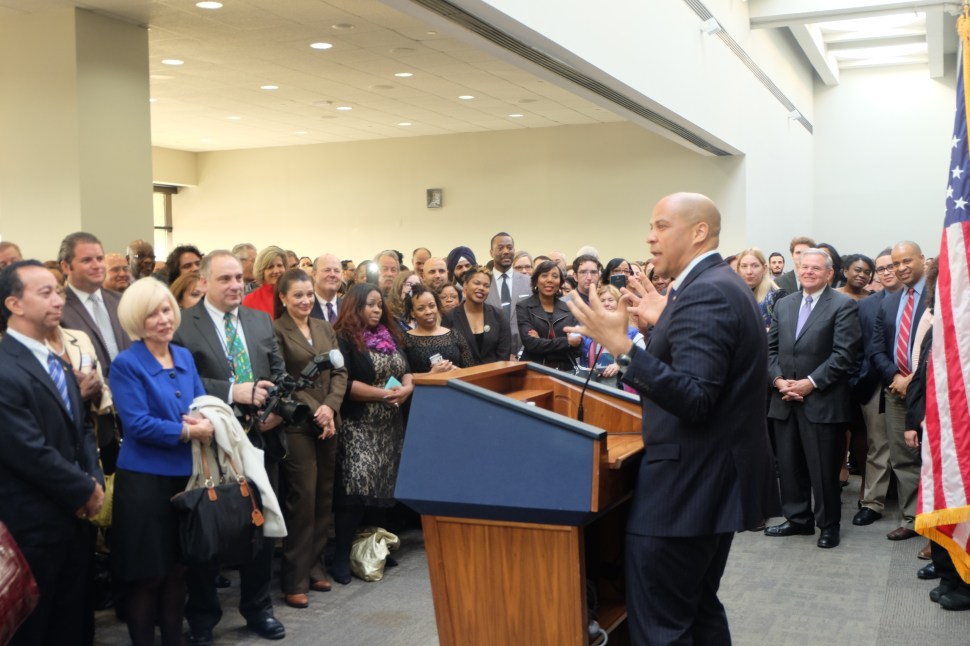 WASHINGTON DC — U.S. Senator Cory Booker’s (D-NJ) first order of business in the 114th Congress will be to end the ‘partisan gridlock’ plaguing Washington — and he’ll start by shoveling your driveway.

Before being sworn in to his first full term on Capitol Hill yesterday, Booker talked about his plans for the next two year’s in office, saying he fears Washington — with a new Republican majority — could descend in gridlock again, and that he plans to prevent it from happening. Speaking to a gaggle of press, he said he’d reach across the aisle to “find ways to work” with both Republican and Democrats on issues facing his state and the country.

“I don’t want to live in fear, but I don’t want to descend into partisan gridlock again,” Booker, sounding what has become something of a trademark message of his, said. “My hope is, my intent is, really my mission is to find ways to work with my colleagues to actually get things done.”

It wasn’t more than a few hours later that Booker tried to make good on that promise, tweeting to his some 82.4k followers on social media that he would shovel out snow-trapped people in D.C., which was hit yesterday with a bought of snowy weather during the swearing in of the 114th Congress. He even offered to employ his old bi-partisan colleague, Kentucky Senator Rand Paul, in the goodwill endeavor.

Anyone in DC need to be shoveled out? He may preach the gosple of self help but I think I can convince @SenRandPaul to grab a shovel & help. 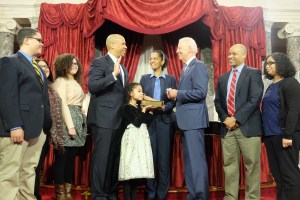 Before his swearing in, the always rising Democratic star, who could be seen throughout his first term doing much relationship building but ultimately little legislative legwork, said among those issue that he hopes to tackle first were the growing cost of attending college, criminal justice reform, and economic empowerment in his home state.

“This is a time when a lot of people are struggling with the economy. We’ve got to figure out was to invest in critical infrastructure, we’ve got to figure out ways to deal with enduring problems, like how we have the highest corporate tax rate next to our industrial peers. We’ve got to finds ways to make college affordable,” Booker said. “So there’s a lot of things that both sides admit that are growing problems in our country, and stunt our ability to have economic security and strength.”

He said his first couple years in office would be productive — and that he would not let political dysfunction stand in his way.

“This is really going to be a very busy time, because my job is to find those people on the other side of the aisle who are willing to go to work,” Booker said. “I will not let partisan gridlock stand in my way — I do everything I can to find those ways we can agree and work for the state of New Jersey.” 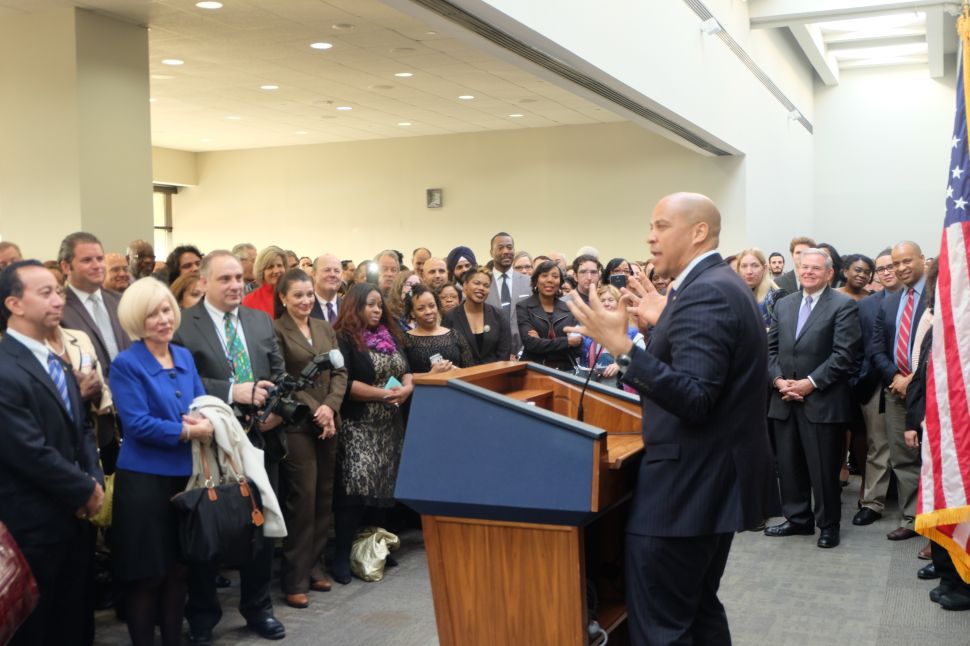