What will it take to produce honest and ethical conduct from our state and federal prosecutors? The Ninth Circuit has a suggestion. Perhaps a perjury prosecution will do it. In fact, that is exactly what should happen when prosecutors affirmatively lie.

This case, Baca v. Adams, involves a clear violation of the Supreme Court’s decision in Napue, which holds that prosecutors cannot put on perjured testimony, much less lie themselves. Unfortunately, as I’ve documented elsewhere, it happens far too often, when it should never happen at all.

In this case, the prosecution infected the case with false testimony–including by a prosecutor himself–over benefits given to a “cooperator” or a jailhouse “snitch.”

The entire program of “cooperation” is rife with problems. Prosecutors often put extraordinary pressure on the worst criminals, threatening not only them but their families. After completely terrifying the person who knows he will go to prison no matter what (because he really is guilty), the prosecutor then offers life-saving benefits, often secretly, in exchange for testimony against many less culpable “targets” of the government’s investigation.

Prosecutor Spira took the stand at the trial of the next defendant, Mr. Baca, to discuss Mr. Melendez’s plea deal. Prosecutor Spira testified that Mr. Melendez did not get any consideration in exchange for testifying against Baca. The California Court of Appeal found this to be untrue. Deputy District Attorney Paul Vinegrad was the prosecuting attorney in Mr. Baca’s case who put on mr. Melendez and his fellow prosecutor Mr. Spira as witnesses against Mr. Baca.

The Ninth Circuit is going to do something about it, including naming names–if the California Attorney General does not–and the court strongly suggests that the lying prosecutor himself be prosecuted for perjury. The entire video of the oral argument is available to watch here, and it begins to draw blood about 17 minutes into it. Be sure to watch until the end.

Article III of our Constitution created our independent and equal third branch of government—our federal judiciary. It exists to serve as a check and balance on both the Executive and Legislative branches of government. Months ago, Judge Kozinski called upon judges across the country to put a stop to the illegal and unethical conduct of federal prosecutors. The New York Times, the Los Angeles Times and others reported it, but have gone largely silent. We will not be. We are the home of the brave.

We thank and applaud Ninth Circuit Judges Alex Kozinski, Kim Wardlaw and William Fletcher for personifying the virtues of Article III that our Founders intended.

Oh, say can you see?

CORRECTION: An earlier version of this story incorrectly referred to Baca v Adams as Baca v Dural. The Observer regrets the error. 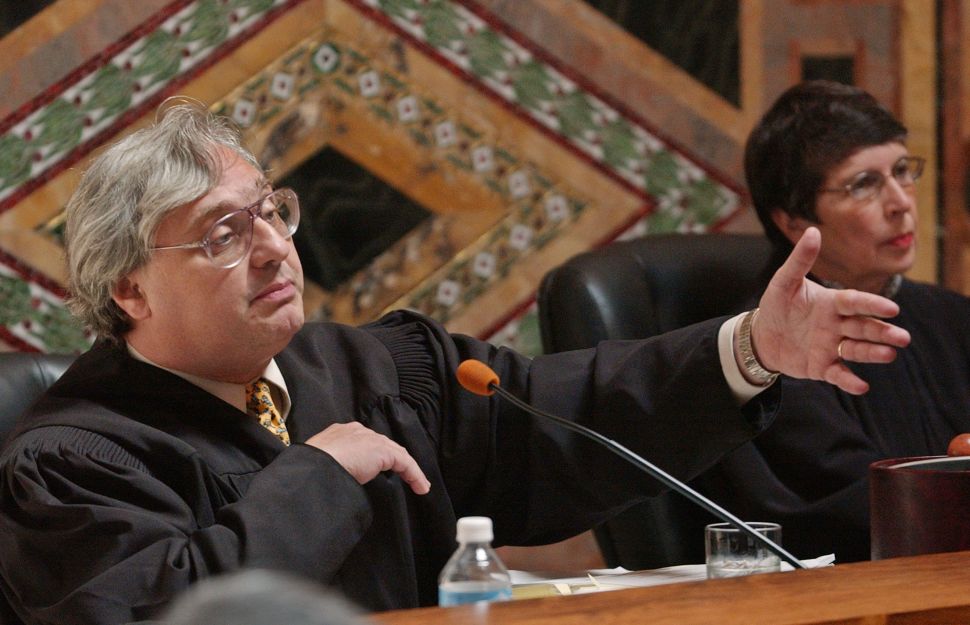