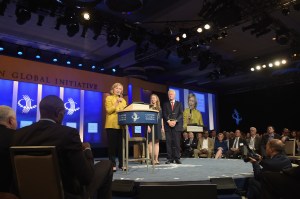 As Jeb Bush’s undeclared presidential campaign chugs along, the prospect of another Clinton-Bush matchup has begun to dominate discussions of the 2016 presidential election. Although there has only been one campaign in which a Bush ran against a Clinton, six of the last nine elections have seen either a Clinton or a Bush in a major role. It is hard to contemplate modern American politics without these two powerful dynasties.

The candidacies of Mr. Bush and Ms. Clinton do not guarantee a general election matchup, but the odds are good. Thus far, Ms. Clinton, the non-candidate front-runner for the Democratic nomination, is likely to face only token primary opposition. Mr. Bush will have a more difficult path, but with a year to go before the first ballots are cast, Mr. Bush is in as strong position as anybody in his party.

Ms. Clinton and Mr. Bush are impressive politicians in their own right, but also owe much of their political fortune to their famous names and families. Today, Ms. Clinton can point to eight years in the U.S. Senate and four years as Secretary of State, while Mr. Bush served as Governor of Florida for eight years. These kinds of credentials are similar to those of most presidential aspirants. Nonetheless, both owe much of their starts in politics to their more famous relatives. Ms. Clinton’s faced no primary opposition in her first Senate bid when she had never previously held elective office; and in Mr. Bush won a Governor’s race at 45 years old in his first campaign for office.

Jeb Bush and Hillary Clinton would both be strong general election candidates and, at the very least, competent and serious presidents. They are, for better and for worse, firmly in the mainstream of American politics, with policy views that are comfortably within that relatively narrow bandwidth. Their famous names, are most useful at this point in the campaign, when their last names help boost name recognition and both have a former president or two who can lean on potential donors and supporters. While being a Clinton or a Bush may bring political baggage to a national electorate, within the Democratic and Republican Parties, respectively, these names are still very valuable.

Ms. Clinton and Mr. Bush are far from the only political leaders who can draw on a famous family name. The Governors of New York and California are both sons of previous governors, the last two Republican nominees, Mitt Romney and John McCain, had famous, well-connected political fathers. The minority leader of the House of Representatives, Nancy Pelosi, is the daughter of a big city mayor. Jeb Bush’s father George H. W. Bush was the son a well-known Senator. Even politicians like Vice President Joseph Biden who has genuinely modest roots, frequently have children or spouses who go into politics. Politics has long been a family business in the U.S., going back almost to the country’s founding. Our sixth President, John Quincy Adams, after all, was the son of our second President.

Candidates with more humble origins, including Barack Obama, Ronald Reagan and Richard Nixon, all attained the White House. Candidates lacking a famous pedigree exist in 2016 as well. Republicans Marco Rubio and Ted Cruz and Democrats like Elizabeth Warren come to mind, but all of them will have a difficult time overcoming the wealth and connections of the frontrunners with more famous names. At a time when economic and class mobility in the U.S. is endangered, and weaker than in the past, this is becoming an unfortunate reminder of how important birth and family are to success in today’s America. 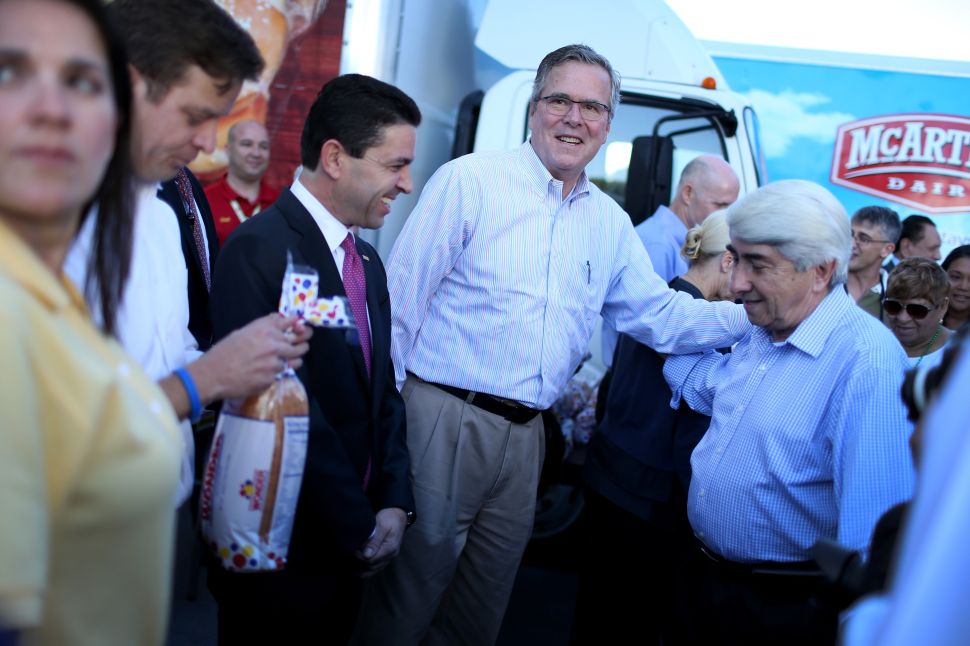