Suddenly, nearly everyone wants to be Charlie Hebdo. When the Charlie Hebdo wannabes could have stood up for free speech, they were conspicuous by their absence because no one expected to see them. Now of course they are reinventing themselves, writing paeans to themselves, and extolling their own struggle against the forces of censorship.

In this vein, I found Jytte Klausen’s reminiscences (TIME, January 7, 2014) about the censorship of her book, The Cartoons that Shook the World, disconcerting.

Yale University Press published Dr. Klausen’s book about the caricatures of Mohammed  that incited violence and bloodshed, but absent the cartoons themselves. Dr. Klausen asserts her status as a victim of censorship, and she wants to remind us that a free society is incompatible with censorship, even self-censorship.

My instincts to applaud these noble sentiments were tempered by the realization that no one compelled Dr. Klausen to keep her manuscript at Yale University Press. Once Yale University Press succumbed to pressure to publish a book about cartoons minus the cartoons, she could have gone elsewhere. Last time I looked, it was still a free country with a lot of publishing houses, some with a reputation for thriving on iconoclasm.

The “Je suis Charlie” motif  here just doesn’t work. After all, giving up the prestige that Yale University Press confirms on an academic vita is far less a sacrifice than taking a bullet for what one believes. Dr. Klausen was not faced with Charlie Hebdo’s choice between living on their knees or dying on their feet.

So as academicians all over America embrace Charlie Hebdo and remind us of the virtues of free speech, perhaps, it is time to remind them that Charlie Hebdo could not be distributed on most American campuses. It would run afoul of the unconstitutional speech and decency codes that govern campus behavior.

Former Alabama Governor George Wallace, in another era, stood in the doorway of the campus and denied African-American students their basic dignity, humanity, and Constitutional rights. Today, an entire class of bureaucrats exists to deny Constitutional rights to all students, to administer the doctrine of “hurt feelings,” to make sure that students are not intellectually challenged to the point of feeling uncomfortable or confronted about their ignorance.

Indeed, it was a group of faculty at Dr. Klausen’s own institution, Brandeis, that closed the campus gate to human rights activist Ayaan Hirsi Ali and prevented her from speaking. Among those closing the gate was Dr. Klausen.

As the Brandeis student newspaper reported, “Prof. Jytte Klausen (POL) wrote in an email to the Justice that she believed giving Ms. Hirsi Ali a degree would ‘[undermine] years of careful work to show that Brandeis University promotes the ideals of shared learning, religious toleration, and coexistence, irrespective of religion.’”

This would prompt one to ask Dr. Klausen if publishing the offensive caricatures of Mohammed would make some Muslims uncomfortable with what the pictures represent and undermine religious tolerance and coexistence, if not rekindle incitement to violence, throughout the world?

Dr. Klausen  would likely respond, as other Brandeis faculty have, that she was not against Ms. Hirsi Ali speaking, but simply against her receiving a degree. Of course, we all know that receiving an honorary degree is an invitation to speak, and Brandeis has had controversial speakers at previous graduations. Tony Kushner received an honorary degree at Brandeis in 2006, despite his strong anti-Zionist views that made some community members uncomfortable.

The journalists at Charlie Hedbo sacrificed their lives for freedom. Let us not permit those who do not share their spirit steal their valor or trivialize their sacrifice.

Abraham H. Miller is an emeritus professor of political science, University of Cincinnati, and a contributor to the Franklin Center for Government and Public Integrity. 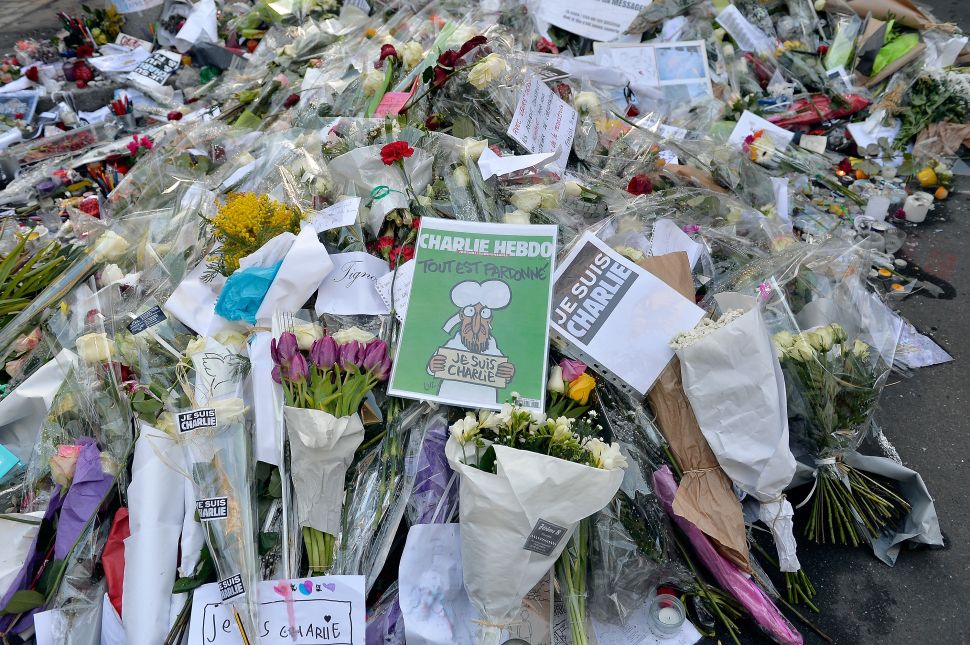