First Lady Chirlane McCray today discussed her daughter’s struggles with depression and substance abuse while announcing her husband’s intention to roll out a series of programs to address what she called “a mental health crisis.”

Speaking at John Jay College’s “From Punishment to Public Health” conference at Brooklyn Borough Hall, Ms. McCray revealed that her family’s experience of depression went deeper than just Chiara de Blasio’s widely publicized problems with clinical depression, alcohol and marijuana. She described how both of her parents also suffered bouts of emotional instability, though both persevered without diagnosis or assistance.

“To their enormous credit, even when they experienced periods of intense sadness, they tried their best to give their children all we needed,” she said.

She went on to describe how a co-worker in the publishing industry underwent a breakdown. But Ms. McCray said her daughter’s troubles changed her perspective on the problem, and made her realize the difficulties families of the mentally ill endure.

“I felt everything you’d expect a mother to feel. Love for her, first and foremost. But also guilt, fear, and a great deal of uncertainty,” she said, noting that considerable percentages of the population deal with psychological problems of some kind. “As the statistics make clear, the pain of depression and anxiety is everywhere. We can see it in our family members, our friends, and our co-workers.”

She added it was difficult to afford treatment for her daughter, but that the 20-year-old has made a complete turnaround and has devoted herself to assisting other sufferers.

“I’m proud to say that Chiara is kicking butt at recovery, and she’s working hard to help other young people dealing with similar challenges,” she said, describing her daughter as “a young woman who has become an edgy biracial activist.”

Ms. McCray went on to say that the Mayor’s Fund to Advance New York City—the non-profit arm of her husband’s office, which helps obtain private funding for select initiatives—would be revealing what she called a “roadmap” this summer to deal with mental illness as a public health crisis. Typical of Mayor Bill de Blasio’s liberal administration, she said the roadmap would seek to address the problem not on a case-by-case basis with disparate treatment programs for different psychological problems, but as a collective issue—and with an emphasis on low-income communities.

“This administration is not going to walk on by and pretend the mental health crisis doesn’t exist. We’re going to make a plan. And then, we’re going to back that plan up with people and programs,” she told the audience, many of them prospective donors to the Fund. “I hope you will consider partnering with us. If you like where we’re headed, will you please raise your hands?”

Every hand in the room raised, and Ms. McCray received a standing ovation. 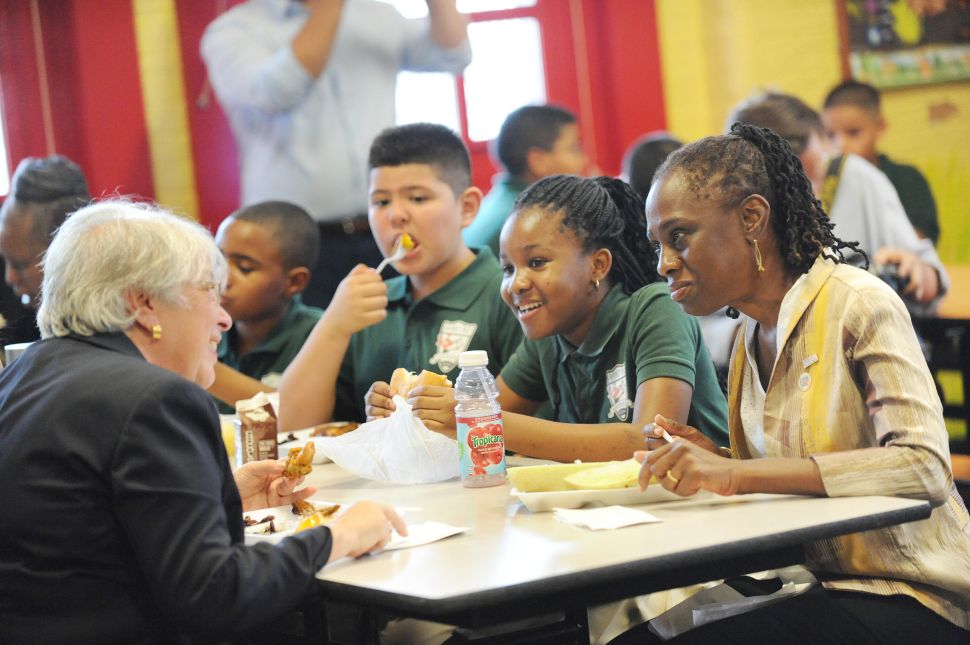