TRENTON — A top Democratic lawmaker relished an opportunity to tear into Gov. Chris Christie’s State of the State address this afternoon, saying the content of the top executive’s speech reveals an upwardly-mobile politician more concerned with his national image than serving his constituents at home.

Assemblyman John Wisniewski (D-9), a long time critic of the Republican governor and his methods, said Christie was “clearly pitching his bona fides to people beyond New Jersey” during his hour-long speech, given in front of a packed audience of New Jersey lawmakers and political observers on the Assembly floor this afternoon. Christie, in his last term as governor, is publicly mulling a run for the Republican nomination in 2016, and is widely expected to make a final decision on the subject later this month.

“Well it was certainly a well-crafted speech,” Wisniewski said. “But I can’t help but wonder if the governor is mistaking his observations that he may have had elsewhere in this country for the ways things are in New Jersey.”

Christie’s speech has received mixed reviews from lawmakers in the state. Democratic leaders following the address blasted the Republican governor for glossing over many of the challenges the state faces and playing up his own accomplishments, while Republicans gave it mostly positive reviews, standing as a caucus numerous times during the speech to applaud the governor’s comments on lower taxes and bringing business back to the state. Most, however, took the sweeping rhetoric regarding national issues that Christie snuck into the speech as another sign that he’s serious about a presidential campaign in 2016.

Wisniewski echoed much of the sentiment expressed by his fellow Democratic leaders during their post-address press conference, saying the state’s problems — like finding funding for a depleted Transportation Trust Fund — are more numerous than Christie led on.

“The governor talked about all of his accomplishments in making businesses stay in New Jersey — except when it came to Mercedes Benz, curiously enough, that wasn’t his fault, that was somebody elses fault,” he added.

Wisniewski likewise slammed Christie for pandering to his future interests rather than present obligations.

“So we have a governor who can certainly give a speech for a national audience, but not necessarily have the facts to back up his rhetoric,” he said. 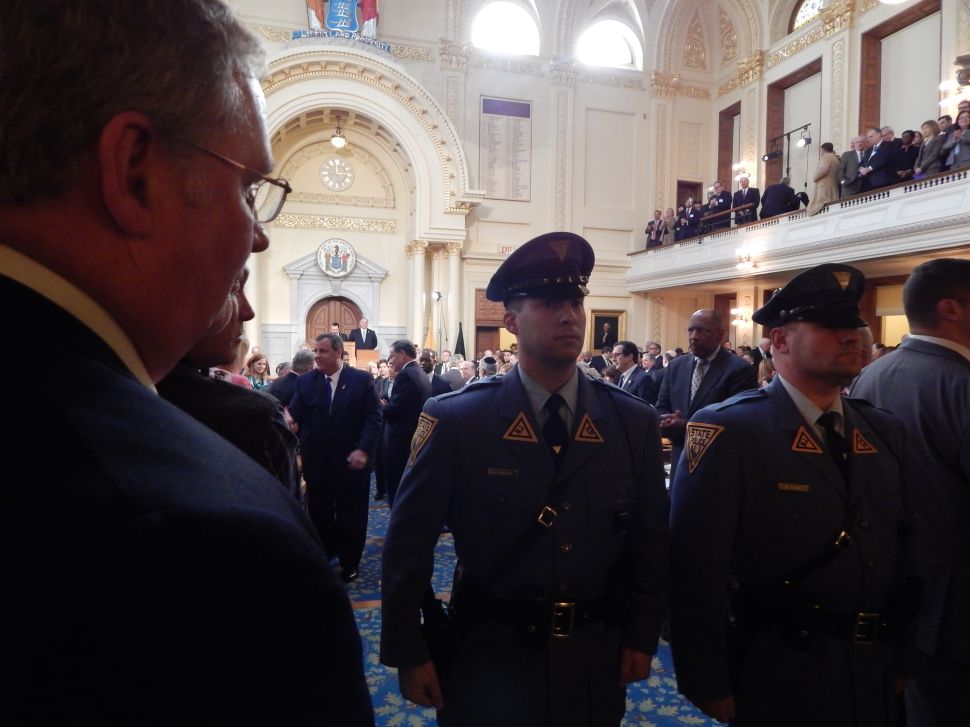