Multiple sources in the statehouse today say Gov. Chris Christie is holding a private meeting with members of the national press ahead of his 2 p.m. State of the State address.

The 30-minute meeting is said to be off-the-record, and includes reps from national media outlets only.

The Wall Street Journal, ABC News, NBC, CNN, The New York Times, and the Associated Press are all said to be on hand.

News of the exclusive nature of the session, held in Christie’s office, immediately elicited groans from a number of apoplectic local news reporters along press row, as they found themselves barred from a sit-down with a governor they cover daily but who has of late increasingly occupied himself with national political ambitions.

Christie has been mulling a campaign for the 2016 Republican presidential nomination, and is expected to announce a final decision on a run by the end of the month.

Local reporters were not told why they were barred from the meeting, and the governor’s office did not return a request for comment.

Nationally Minded: @GovChristie is holding Off The Record session with national media right now. No local press invited. State of State at 2 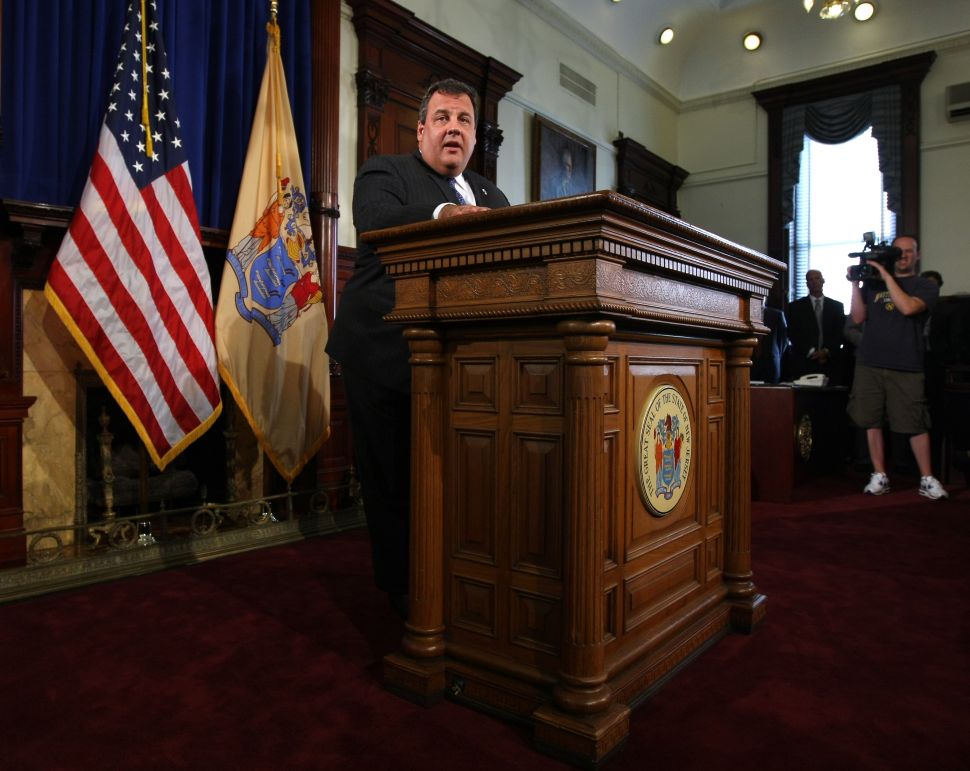