NEWARK – Declaring a State of Emergency this afternoon here, Gov. Chris Christie in a brief appearance with reporters touched on the formation by his team of a political action committee (PAC) geared toward a presidential run.

“There are people who want to be supportive of me continuing to look at the problems of the country,” said Christie, appearing in state Department of Transportation headquarters. “I’m happy that they want to do that. I’m honored that they asked me to be honorary chair of it. It will proceed as it proceeds.”

Does he worry he won’t be available to fight crises such as the one New Jersey teeters on right now, a major snowstorm, for example?

“Why wouldn’t I be [available]?” Christie said.

A reporter asked the GOP governor if the formation of the PAC represents the unofficial kickoff of his 2016 presidential campaign.

“No,” said the governor. “It’s the opening of a federal PAC to help us continue to look at the problems of the country.”

The governor finished the press conference with a reminder to residents to stay off the roads as New Jersey heads into the storm. 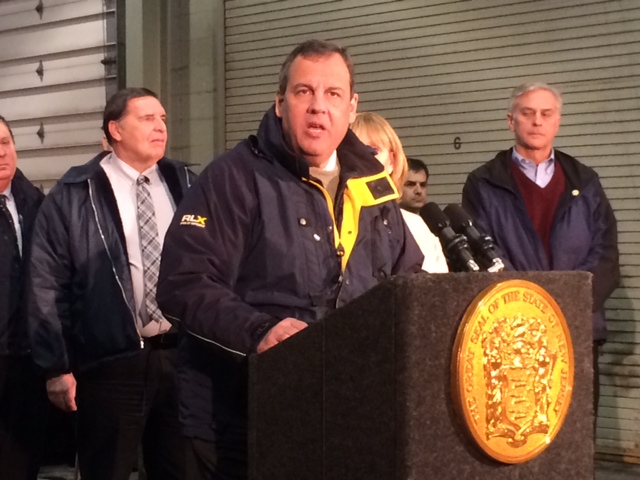