He helped get the fellow Republican re-elected with a whirlwind of stumping visits and financial support in 2014 — and now Gov. Chris Christie is set to formally see Florida Gov. Rick Scott back into office, according to reports.

Christie is expected to attend Scott’s second inaugural ceremony on Tuesday in Tallahasee. The follow-up visit comes after Christie, as chair of the Republican Governor’s Association this year, helped the incumbent governor raise $18 million in support of his re-election against his Democratic opponent, Charlie Christ.

Also expected to attend the event is Texas Governor Rick Perry. Both Christie and Perry aided in Scott’s re-election campaign, and  both are said to have presidential aspirations in the lead up to 2016’s Republican primaries.

It’s not the only out-of-state event — a growing regularity of which have become a target of criticism against the Republican hopeful — Christie has lined up in the coming weeks. Republicans in the Illinois town of Schaumburg announced today that Christie will visit Chicago’s northwest suburbs in February to help raise money for local Republican organizations there. 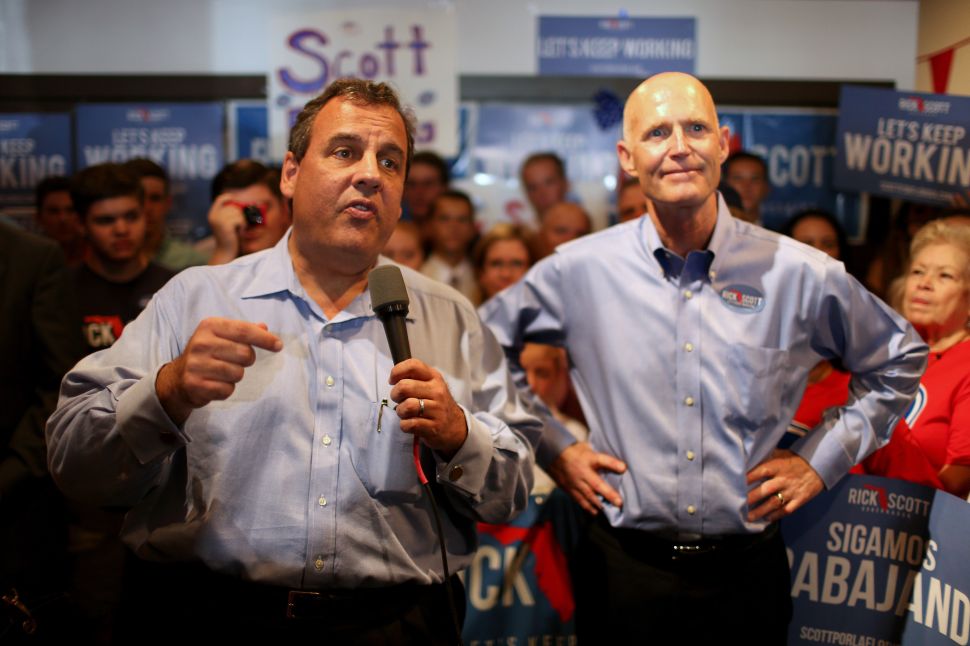