Partitioning a schedule that includes a three day trade mission to England beginning in February, the Republican presidential hopeful is also set to attend a handful of out-of-state dinners and speaking events as he continues to build a national network and court big-money bundlers in the lead-up to the Republican primaries next year. On Feb. 12 Christie is expected to give the keynote address at a Republican fundraiser in Illinois, while on Feb. 28 he’s set to speak at a California Republican Party convention in Sacramento.

But Christie’s campaign exploration will also include a few private meetings with donors and leading GOP figures over the next few weeks. Tonight, Christie is expected to hop across the river into New York City where he’ll sit down with Republicans at a dinner arranged by Home Depot co-founder Ken Langone, an ardent supporter of the governor who has been reaching out to like-minded conservatives and setting up private events to get Christie some face time with potential supporters.

Later, on Feb. 16, Christie is set to attend the joint Merrimack County-Concord City Republican Committee Lincoln-Reagan Dinner in New Hampshire, home of the country’s first primary battleground. It will be his first trip to the state of 2015, and sixth trip since 2012.

On Thursday, Christie will also meet with President Reuven Rivlin of Israel in New York City.

All of the trips come on the heels of news this week that Christie and his team have officialy established a leadership PAC, called “Leadership Matters in America,” the most definitive indicator yet that the Republican is serious about a presidential run. 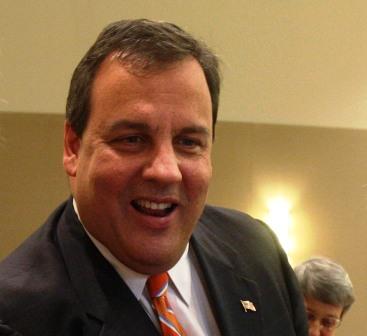