Christine Quinn, the former City Council speaker and candidate for mayor, is joining the Cuomo administration as a special adviser, Gov. Andrew Cuomo’s office announced today. Ms. Quinn will be part-time until she completes a fellowship at Harvard University in April and will be a full-time staffer afterwards, the Daily News reported.

“Christine Quinn is a proven leader and champion of progressive causes, and I am proud to have her join our team,” said Mr. Cuomo said in a statement. “I am confident that she will fight for the issues most important to New Yorkers just as she did as Speaker of the City Council and during her many years as a public servant and advocate.”

Ms. Quinn’s job description and salary are not immediately clear, but Ms. Quinn’s move to the Cuomo administration is not surprising. She campaigned aggressively for Mr. Cuomo as he sought re-election last year, forming the Women’s Equality Party to rally female voters to Mr. Cuomo. The Working Families Party, the labor-backed political party that has feuded with Mr. Cuomo, cried foul, claiming the WEP was a cynical ploy to siphon votes from the WFP.

Ms. Quinn was a front-runner in the 2013 mayoral race until a surging Bill de Blasio blindsided her campaign, relegating her to a distant third in the Democratic primary. The runner-up to Mr. de Blasio, now the New York City mayor, also recently joined the Cuomo administration: Bill Thompson, the former city comptroller, will serve as the chair of the New York State Housing Finance Agency and the State of New York Mortgage Agency.

A spokeswoman for Mr. Thompson’s mayoral campaign, Dani Lever, is working in the press shop for Mr. Cuomo. 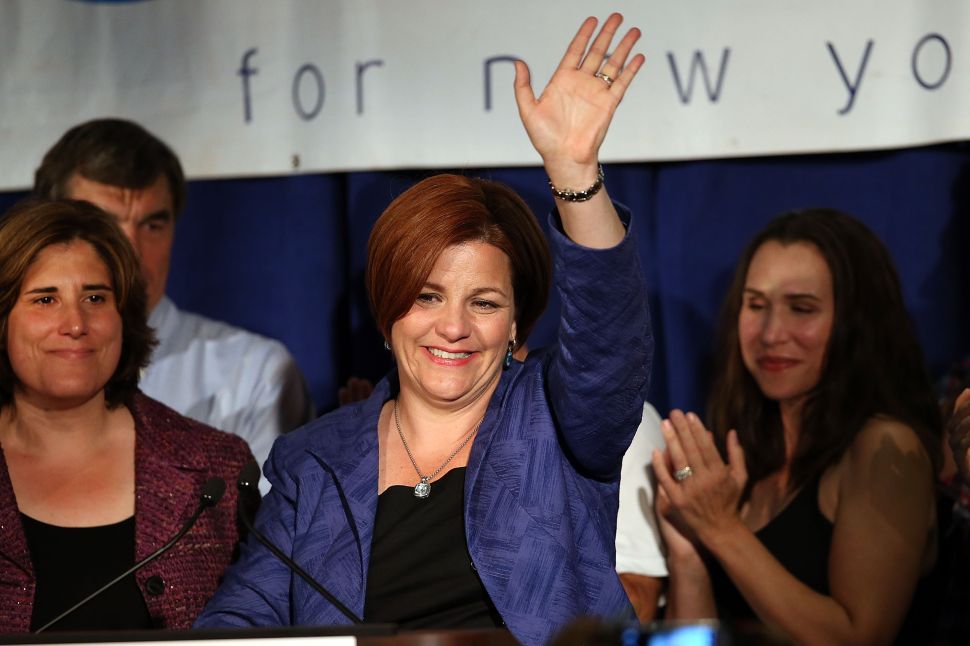