Florida Senator Marco Rubio, who is already a much-whispered-about possibility for the upcoming Republican primaries, wrote an Op-Ed for Fox News yesterday in which he called for a “permanent extension” of NSA surveillance under the Foreign Intelligence Surveillance Act. In response, one member of the House is wondering whether Mr. Rubio would like to be the first volunteer for eternal surveillance.

Rep. Jared Polis, the Colorado democrat once called “The Gamer Congressman,” put out the call yesterday for total, 24-hour surveillance of Marco Rubio. You know, until he learns his lesson:

Senator Rubio is asking for American technology companies to ‘cooperate with authorities,’ so I believe he will have no objection to authorities being given access to his electronic correspondence and metadata. Maybe after his 2016 strategy documents are accidentally caught up in a government data grab, he’ll rethink the use of mass surveillance.

When we spoke to Mr. Polis by phone, he was scant on the details of exactly how Mr. Rubio should be surveilled. Does the Congressman think the NSA should brute-force Mr. Rubio’s firewall and gain root access to his personal computer? Or, if the Senator is running a Windows machine, maybe they could exploit his WiFi from miles away? Perhaps the NSA could log his keystrokes to catch Mr. Rubio typing in his password and start to unravel his personal accounts—we hope, for the senator’s sake, that he’s enabled two-factor authentication.

Also, doesn’t Marco Rubio already fall under the fairly broad definition of who can constitute a target of surveillance? Perhaps the NSA already has a 24/7 watch on the senator and none of us know.

“That’s the point,” Mr. Polis told the Observer. “With the current level of secrecy in the way the NSA conducts their authorities, none of us know. As a member of Congress, I don’t know either, so how can I possibly engage in oversight?”

Mr. Polis is no stranger to colorful maneuvers and ploys to mock other politicians. Last year, Mr. Polis called for a ban on the “dangerous” U.S. Dollar in a satirical letter spoofing his Capital Hill counterparts’ fear of Bitcoin. Still, Mr. Polis puts his cryptocurrency where his mouth is, and has been trying for years to enact legislation that restrains the surveillance powers of the NSA.

“The point of any reform effort is to tighten our definition of targets of surveillance activity.” Mr. Polis said. “Instead of casting a net so wide it includes, say, Marco Rubio.” 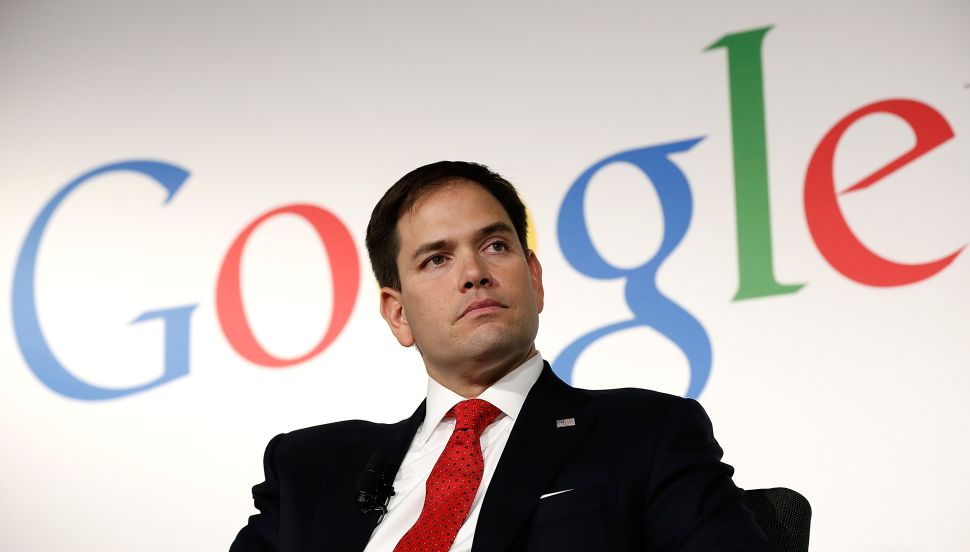