Here’s a fun hypothetical: Suppose you’re celebrating New Years in your Airbnb, possibly with your boyfriend or girlfriend, and realize that someone has been secretly filming you remotely on a live security camera that’s pointed right at the bed.

This is exactly what one redditor claims happened to him last night. The camera was from Dropcam, a connected home security system by Google’s Nest. They found the camera hidden in a mesh basket before promptly unplugging it, wondering if there was anything they could do to protect themselves.

The most popular suggestion from the thousands of appalled comments was that the couple call the local police or get ready to sue the host.

“Is this a legitimate option?” the redditor asked. “Would be nice to get a refund on this rental, we do feel our privacy has been violated. Has anyone had a similar experience?”

But what can actually be done?

At Betabeat, we wondered what would happen should this day ever come. After all, rooms rented through Airbnb occupy a murky grey area between guest room and hotel room. On the one hand, homeowners have a right to surveil their own homes with nanny-cams. On the other, a hotel guest has a guaranteed reasonable expectation of privacy in places like bedrooms and bathrooms.

As we said in our original reporting:

If a host was caught with a personal collection of videos of people who had sex on camera without knowing, they’d likely be violating laws that protect intimate visual recordings, which differ case by case. The law is so murky because the cases are handled at the state level, and each state has been handling it as it comes up in their own unique way.[…]

In many states, if a homeowner takes payment from guests, their home ceases to be considered a private residence under the eyes of the law. This is what protects tenants from having their actions recorded by landlords. But for that to apply to Airbnb hosts, they would have to admit that hosts are running commercial enterprises — or at very least, short-term leases — which would ruin their multi-million dollar campaign to insist that’s not the case.

We can’t say what state laws were violated—we’re not sure where this incident took place, though we’ve reached out to the original poster for comment, and will update when we hear back.

After our original reporting, Airbnb added this to their hosting policies:

Always be mindful of your guests’ privacy. Fully disclose whether there are security cameras or other surveillance equipment at or around your listing. Make sure you are aware of and comply with applicable federal, state, and local laws.

This puts the redditor’s host clearly in violation of Airbnb’s policies, which could get the host booted from Airbnb’s listings if nothing else.

“We have a zero tolerance policy and if we were made aware of something like this happening in a listing, we would immediately remove the host from Airbnb,” Airbnb spokesperson Jakob Kerr told us in September.

As for whether or not the host is in any hot legally, the case would have to be tried for us to know. In most places, it’s simply without precedent. 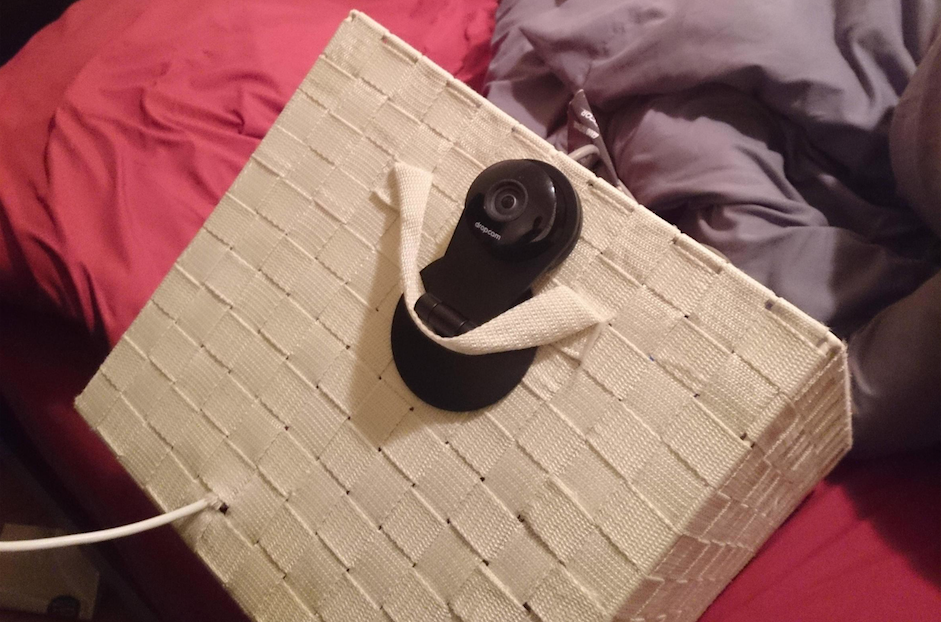