JERSEY CITY – State Senator Sandra Cunningham (D-31), standing in the eye of a coming storm in the 31st Legislative District Assembly race, would not say on Wednesday who she is backing in a potential June primary. But she did say where her money is going in the near future – to incumbent Assemblyman Charles Mainor (D-31), who will mount an apparent off-the-line challenge to the candidate backed by Jersey City Mayor Steve Fulop.

“I will definitely be at his fundraiser,” said Cunningham about the event, announced on Wednesday morning, to be held for Mainor in Bordentown next month. “He comes to all of my fundraisers. Anything else, I’m just not commenting on at this time.”

Fulop, a potential 2017 Democratic gubernatorial candidate, is reportedly behind Joyce Watterman, a Jersey City councilwoman-at-large and an ally of the mayor of New Jersey’s second largest city, in the 2015 Assembly race. Watterman would replace the incumbent Mainor (D-31), who has consistently sided against Fulop, including supporting former Mayor Jerramiah Healy in the 2013 Jersey City mayoral election.

But apparently Cunningham is ready to break these rules after she felt disrespected by Fulop and Prieto with regards to the choice of Watterman, who could be a threat to Cunningham down the line. Cunningham is now reportedly considering backing Mainor and fellow incumbent Assemblyman Jason O’Donnell (D-31) against Watterman and Nicholas Chiaravalloti, the apparent Assembly seat pick of Bayonne Mayor Jimmy Davis, in retribution.

When PolitickerNJ pressed Cunningham on when she would confirm that she is or is not backing Mainor, or anyone else, in the LD 31 race, her tone turned ominous regarding a more exact time frame for a decision. 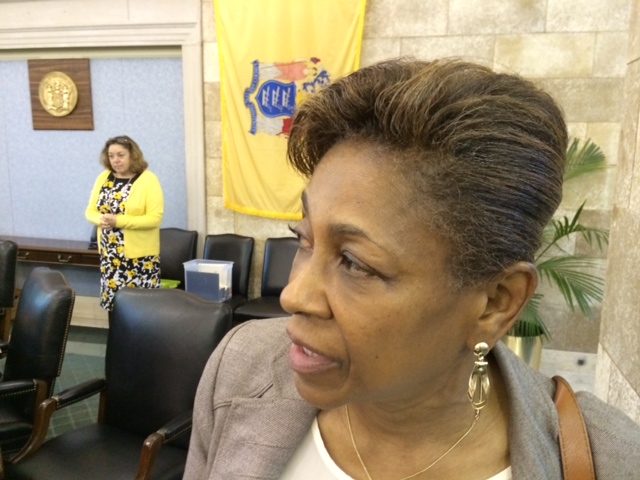