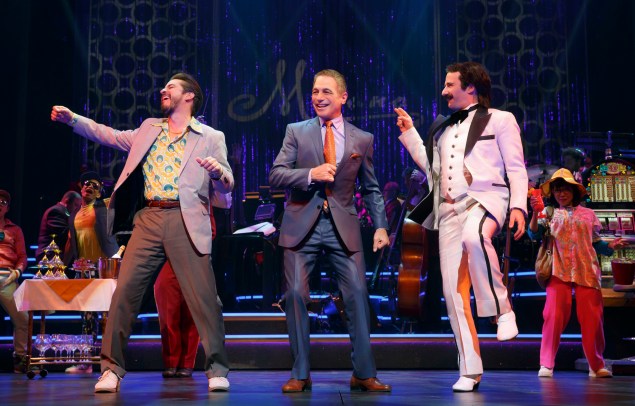 One spring day in 1992, writer-director Andrew Bergman and producer Sherry Lansing bumped into each other by chance at an airport. Good friends, they started shop-talking about various film projects. “When I told her I was doing this thing about a guy losing his girl in a poker game in Vegas,” Mr. Bergman recently recalled, “her face turned ashen. She said, ‘What? I can’t believe it! That’s what I’m doing!’ ”

It’s rare when two original, independently-arrived-at ideas go before the movie cameras at the same time and head for the same marketplace. Fortunately, they did not collide—indeed, they profited handsomely—because of a big difference in tone.

Ms. Lansing’s Indecent Proposal was a strenuously straight-faced affair in which a rich Robert Redford bails out Woody Harrelson’s loss at the gaming tables for a $1 million night with Demi Moore. Mr. Bergman’s Honeymoon in Vegas, where James Caan extended the same cash-and-carry-on “courtesy” to Nicolas Cage and Sarah Jessica Parker, danced gaily around the moral center of the piece to an all-Elvis soundtrack and climaxed with a platoon of Flying Elvises sailing to the rescue.

“When I originally told my agent I was going to spec this script about a guy who loses his girl in a poker game, she was horrified,” Mr. Bergman remembered. “She said, ‘You can’t do that!’ I said, ‘Trust me. I’ll do it in such a fashion that nobody’ll be offended.’ And nobody was.”

In his Broadway-musical rewrite of Honeymoon in Vegas, arriving now at the Nederlander, he keeps the antics of the airborne Elvises but replaces the exuberant Elvis cover-songs with an original score by Jason Robert Brown, the Tony-winning composer of Parade and The Bridges of Madison County.

“If there’s a better score in the last 28 years, I haven’t heard it,” Mr. Bergman said flat-out, of his colleague’s work. “I really love music, and Jason really loves comedy, so it’s sort of a melded sensibility.”

The consequence of this simpatico collaboration is a musical musical of the old school. (Remember those?) “We wanted to write something that felt like a traditional musical comedy, even though it was very much of our time and very much reflected our sensibility,” explained Mr. Brown, “something that we felt like, if you walked into a Broadway theater today, you’d want to see this kind of a show.

“I wanted something with dancing and with showgirls and with a big band and the swing music and trumpets playing very high,” he said. “This is my homage to Cy Coleman and Jule Styne and Kander & Ebb and Charlie Strouse and Harold Arlen—the writers whose work swings so hard and has such soul to it,” said Mr. Brown.

Mr. Brown is a throwback to the one-call-does-all kind of songwriter (Berlin, Porter, Loesser, Sondheim). On that note, the show starts with a showstopper: “I Love Betsy.” It gives Rob McClure roughly the equivalent of the “Once in Love with Amy” that Frank Loesser gave Ray Bolger for Where’s Charley? It’s a rush of clever, contemporary rhymes (“Like Jay Z and Beyoncé / I will make her my fiancée”) set to an insistent, infectious melody.

“That’s what the songs are supposed to do in a show like this. Everything has to just bounce. Nothing can have a whole lot of weight to it. It’s also gotta bounce and bounce and bounce. If you can do all that bouncing and still manage to keep things interesting, keep things surprising and exciting—that’s what I’m here to do,” said Mr. Brown.

The Betsy in question, Brynn O’Malley, happened to catch Mr. Brown in concert recently at Merkin Hall performing “I Love Betsy” and was awed all over again.

“It was so much fun to look out in the audience and just see people’s faces who had never heard it before,” she said. “They were just delighted, laughing at all the lyrics, bopping their heads, getting into it. It sets the tone of our show up perfectly. It’s delightful and sweet and earnest—but it also knows not to take itself too seriously.”

Since Betsy is in a kind of moral freefall between fiancé Jack Singer and predatory charmer Tommy Korman, she’s the hardest character to navigate. “It’s tough,” Ms. O’Malley admitted. “She has to walk a pretty fine line … You never want her to cross the line of just flat-out cheating on Jack or coming off as helpless or stupid.”

The casting of Korman, a swaggering gambler who sets his sites on altar-bound Betsy, was no problem for the creatives. Said director Gary Griffin: “We thought it might be fun to play Tommy like Tony Danza, and then we thought, ‘Why don’t we just ask Tony Danza?’ Happily, we did, and he just loved the show.”

Mr. Danza is still patently gung-ho about the project. “I just think it’s something special,” he said. “Going to as many shows as I do and seeing everything I can, it just strikes me as something very, very different than what people are used to. I find myself going to all the shows now and going, ‘Wow! If they like this …!’ ” 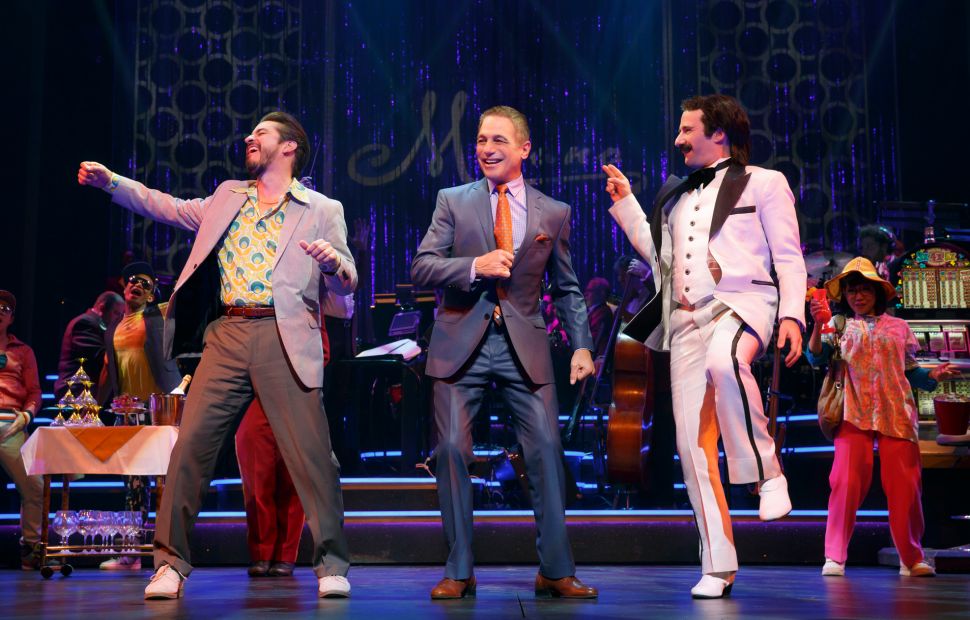