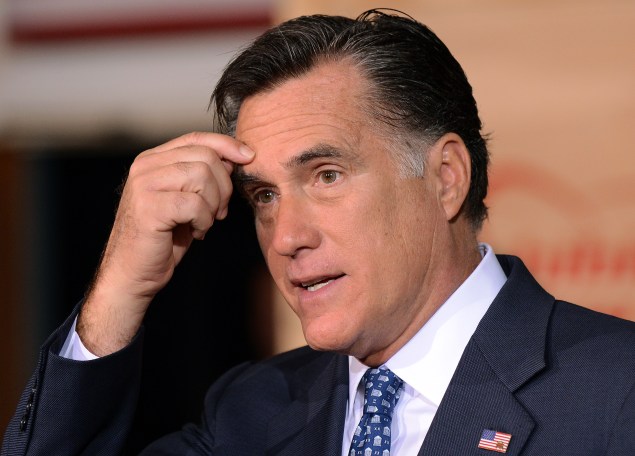 Mayor Bill de Blasio has his doubts about former Massachusetts Gov. Mitt Romney’s prospects if the two-time Republican presidential candidate takes another shot at the Oval Office in 2016.

Mr. de Blasio could not suppress a laugh and a grin when asked what his reaction was to reports that Mr. Romney was considering another bid, despite the drubbing he suffered in 2012 at the hands of President Barack Obama.

“Um,” he began—only to be cut off by Public Advocate Letitia James.

The mayor demurred another moment.

“I was surprised,” he said quietly. “I don’t know if three times is the charm.”

Mr. Romney’s considerable wealth and history as a founding partner in the firm Bain Capital became a target for Mr. Obama during the 2012 race. The Republican’s image as a heartless corporate raider worsened after a video emerged of him alluding to a supposed “47 percent” of Americans who do not contribute to society—a mirror-image of sorts to Mayor Bill de Blasio’s ‘Tale of Two Cities’ narrative on the 2013 campaign trail.

New York State Republican Chairman Ed Cox suggested last year that Mr. de Blasio would be the Democratic Party’s nominee to succeed Mr. Obama. The mayor—who has close ties to likely front-runner Hillary Clinton—has denied any intentions to run for the highest office in the land, though he has campaigned aggressively to bring his party’s nominating convention to Brooklyn’s Barclays Center.

Mr. Romney did not immediately respond to an email sent to an account associated with his 2012 campaign. 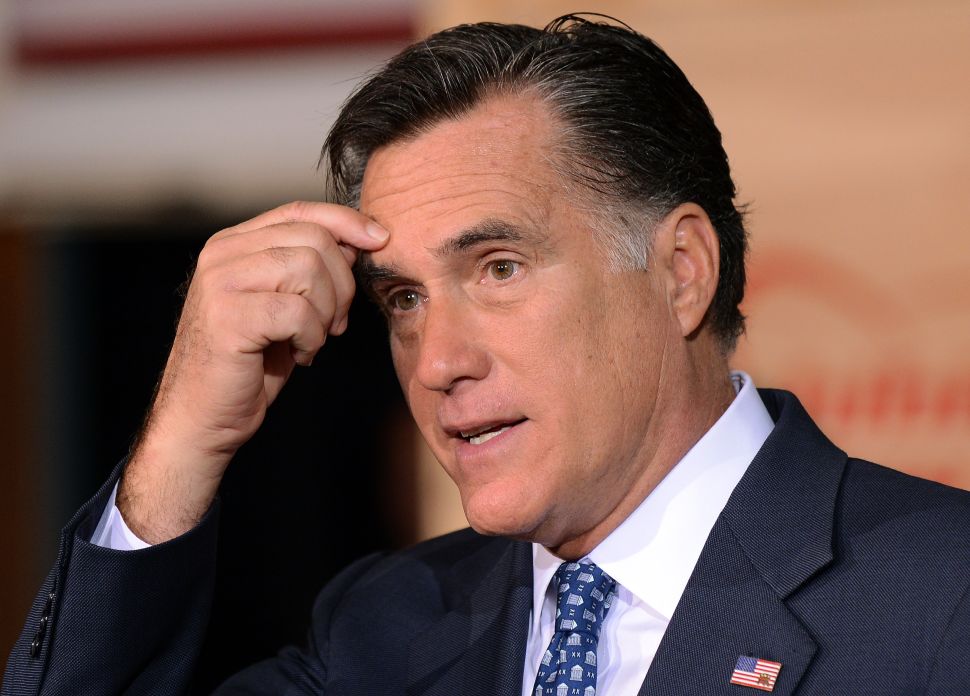