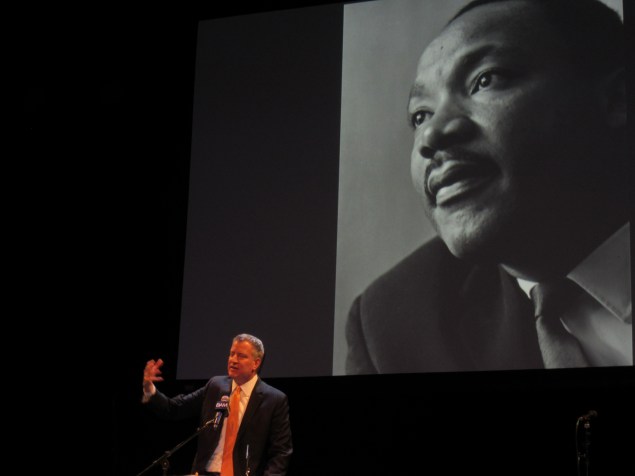 Mayor Bill de Blasio tackled the ongoing war over police policy in his Martin Luther King Jr. Day speech—invoking both the slain civil rights leader’s ideals of justice and his use of peaceful protest as a tool for social change.

The mayor drew applause from the overwhelmingly black audience at the Brooklyn Academy of Music, as well as yells of “we love you!” and “we will not turn our backs on you like cowards!”—one woman even called out “Dante!”—as he approached the podium. Mr. de Blasio praised Brooklyn Borough President Eric Adams, a former NYPD captain, who had spoken moments before about the mayor’s battles with police unions.

The mayor also nodded to the protest movement, recalling both Dr. King’s marches and sit-downs.

“I know Dr. King would speak to us of the power of peaceful protest, because you look at those years at what he achieved, what his movement achieved, and you remember Dr. King spoke to the highest ideals and he helped elevate everyone with him,” he said. “We’ve seen the footage. We’ve seen all the extraordinary difficulties those protesters faced. But they kept their message positive, on peaceful, positive vision forward and—brothers and sisters—it worked. It worked.”

He also drew parallels between the demonstrations of the 1960s and the marches to curb the arbitrary use of stop and frisk as a police tactic .

“That was the result of a purposeful movement. That means, in 2014, hundreds of thousands of people were treated with the respect they deserved and not put through the indignity of an unfair stop. That changes people’s lives,” he said. “That wouldn’t have happened, that change would not have happened if people had not realized the finest tools of the King tradition.”

“We became safer because we became fairer! It’s as simple as that!” he said.

The mayor vowed to push ahead with his proposals for retraining in the NYPD and “community policing.” 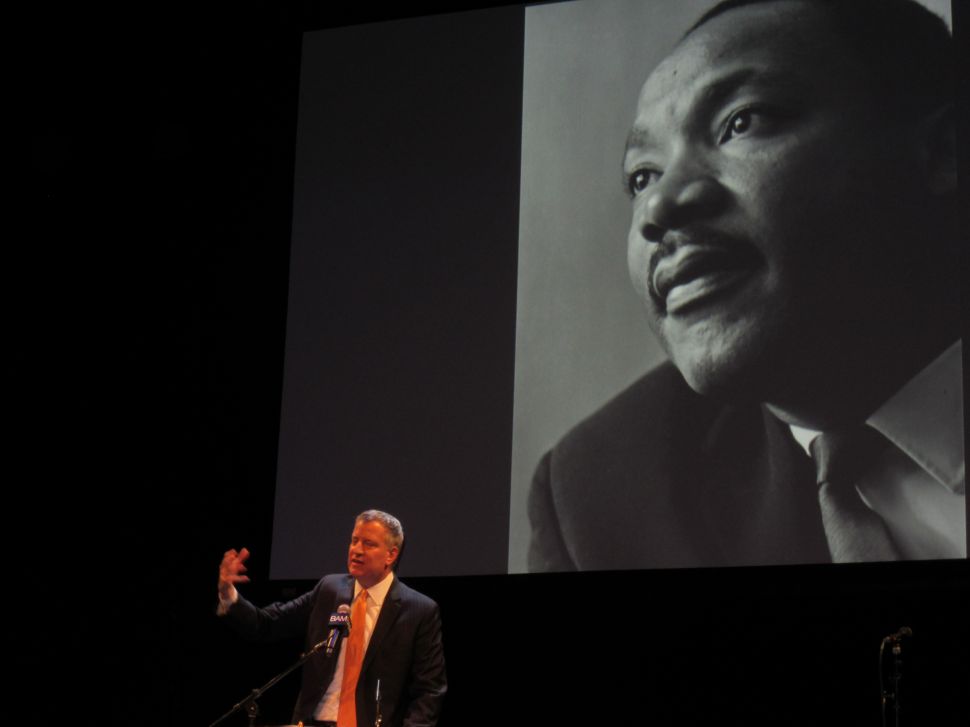