Bill’s got Barack’s back…kind of.

On a one-day trip to France today, Mayor Bill de Blasio passed on knocking President Barack Obama for skipping out on a major solidarity march in Paris or visiting the City of Light at all following terrorist attacks on a satirical magazine and kosher supermarket.

“The president spoke to that, and I want to remind people, the attorney general is here, the secretary of state was here, which is good,” Mr. de Blasio told reporters. “But I think it’s important for Americans of all backgrounds to show solidarity right now with the people of Paris.”

Mr. de Blasio announced yesterday a last-minute trip to Paris to visit the sites of the terrorist attacks. The mayor laid a wreath at the offices of Charlie Hebdo, the magazine where Islamist terrorists killed 11 employees and one police officer. Mr. de Blasio also laid a wreath at the kosher supermarket where assailants from the Charlie Hebdo siege killed four Jewish hostages.

A trip to France for Mr. de Blasio may have been inevitable. The liberal mayor enjoys a close relationship with Anne Hidalgo, the mayor of Paris and a member of the Socialist Party. 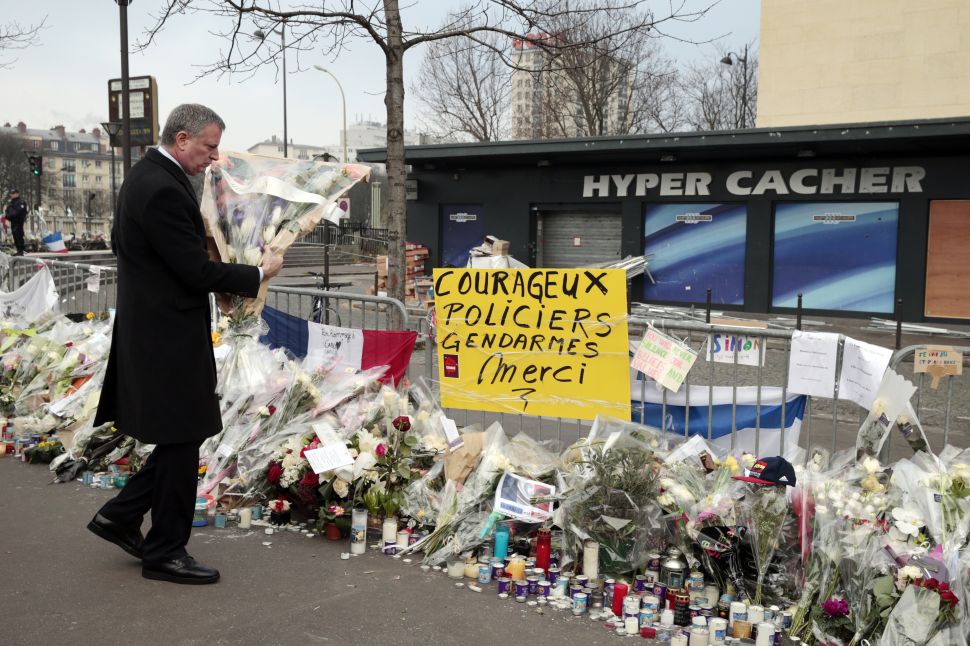